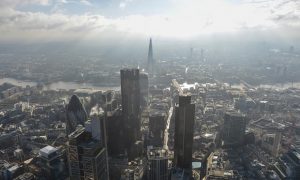 The following motion, proposed by supporters of The Clarion, passed at the recent Young Labour policy conference and will be submitted to the Labour Party policy-making process. We were very pleased to note that five days after the conference Owen Jones wrote an article in the Guardian advocating this policy.

1. That banks and financial institutions sparked the 2007-8 financial crisis, yet were bailed out at “taxpayers’” ie workers’ expense so they could continue largely as before – to the tune of £850 billion, £18,000 for every person in the UK.
2. Since then bankers’ bonuses have totalled £128 billion, in stark contrast to the grinding austerity imposed on workers. Thousands of ordinary bank staff have been laid off and bank branches are shutting at a rate of about ten a day. Meanwhile even the governor of the Bank of England has warned that banking regulation is largely unchanged and risks a new crisis.
3. Even the conservative Financial Times columnist Martin Wolf has commented: “Banks, as presently constituted and managed, cannot be trusted to perform any publicly important function… Today’s banks represent the incarnation of profitseeking behaviour taken to its logical limits…”

1. That we can have no confidence in a private banking sector subject only to “regulatory oversight”. Democratic public ownership is imperative in order to guarantee economic security. We can’t control what we don’t own.
2. We therefore applaud the TUC’s policy, proposed successfully by the FBU in 2012, to nationalise the banks and create a “publicly owned banking service, democratically and accountably managed… [to] play a central role in building a sustainable economy, investing in transport, green industries, housing, creating jobs and assisting recovery in the interests of working people”.
3. The next Labour government should bring the largest retail, commercial and investment banks into 100% democratic public ownership to create such a system, with compensation only for small shareholders.