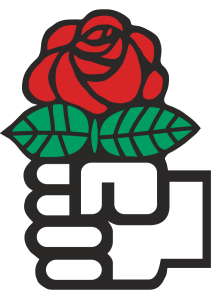 By Rida Vaquas and Simon Hannah

Labour’s 2017 manifesto was described by Kevin Maguire in the Daily Mirror as “a full-blooded socialist offer to Britain”. The Daily Telegraph said similar, though inevitably they were less welcoming; “Labour has produced a fantasy-land blue print for a socialist Britain”.

Whilst the journalists debated whether a socialist manifesto was a good thing or not, they missed a more important point. The Labour manifesto was not socialist, it was social democratic.

The difference is crucial. This isn’t about abstract name calling or sticking labels on things for the sake of it .The difference between a socialist manifesto and a social democratic one points to not only a different vision of the future but entirely different means on how to get there.

Let’s clarify what we mean by these words.

Socialism is an economic system where there is no capitalism. Instead there is a democratically planned economy where production is decided based on need, not the diktats of the market. Under socialism there is no capitalist class who own industry or make up majority shareholders in companies. The economy is socialised and owned by everyone, operated through democratic forums and organisations. In socialism, the wage relation between a boss and worker, in which a worker produces value for their boss, ceases to exist. Socialism is not something that is
legislated from on high, it is based on the self-activity of working people and seizing power in their own workplaces and communities. As a result, the state as we know it begins to disappear as socialism develops on an international scale – socialism in one country is no more possible than capitalism in one country surviving without expanding. As such socialism is internationalist and seeks to break down nation states and borders.

Socialism seeks to reform capitalism as a means of increasing the power of working class people in society. However our relationship to reforms can be succinctly articulated in Rosa Luxemburg’s formulation in 1900: The struggle for reforms is its means; the social revolution, its aim. The final goal of socialism is therefore not to humanise capitalise through reform, but to create a fundamentally new society by the political activity of working class people.

Social Democracy is the belief that unbridled ‘free market’ capitalism is a source of great suffering and social division and instead a mixed economy,with the state running several key industries alongside a private sector which is regulated is a more sustainable model. Social Democracy leaves capitalism as the dominant economic drive for the economy whilst seeking to tame its worst excesses and create more opportunity for people who are disadvantaged – using the law to create a ‘level playing field’ in terms of jobs and social and civil rights.

Social Democracy wants to reform capitalism but go no further. This can be seen by how the nationalised industries were managed in the 1945-51 Attlee Governments – the Board of Directors and managers appointed were frequently the exact same bosses who ran the industries in the private sector prior to nationalisation. Nationalisation occurred not to achieve greater worker control in industry but instead to render the industries more efficient.

When we understand the different terms we can see that Labour’s manifesto – indeed Labour historically – has been social democratic. Even at the height of ‘socialism’ after 1945, the Clement Attlee government nationalised 20% of the economy and sought to regulate aspects of capitalism. The left in Labour wanted to go further – if Labour had won the elections in 1951 with any kind of workable majority then the left advocated a further round of nationalisations. As it is Labour lost the election and was out of power for 13 years.Instead the Tories managed
the mixed economy – it worked for a number of years and the capitalists were generally happy with it as the nationalised industries were crucial to the functioning of the economy (coal, gas, electricity, rail) but were also deeply unprofitable.

As the social democratic order began to collapse in the 1970s due to global economic problems and massive inflation, the Tories sought to tear up the old social democratic consensus and replace it with bare toothed free market capitalism – this was Thatcherism.

The 1983 Labour manifesto was the last ditch push by the Labour left last time around to defend and extend the social democratic system.

After Labour lost the 1983 election because of the jingoism caused by the Falklands war and the right wing SDP splitting their vote,‘moderates’ took control of the party and moved Labour to the right. For Kinnock and Tony Blair even social democracy was too left wing – Blair embraced social liberalism and used the private sector to undermine the public sector. Now the Tories are trying to finish the job.

The pinnacle of the Social Democratic reforms of the 1940 was the NHS,the last vestige of the old Labour ideals and under constant attack from the Tories and Liberals (and the Blairites before them) who see it as an anachronism – a relic of the past that should be replaced by a ‘leaner, fitter’ private sector driven health service.

The social democracy in Labour’s 2017 manifesto is apparent on even a cursory read. It promises to renationalise rail and create a publicly funded energy company to compete with the private sector. But whilst it promises greater workplace rights and higher wages it leaves capitalism entirely intact.

Now for many that is perfectly reasonable. After all if you did go to the electorate with a ‘full blooded socialist manifesto’ that talked about removing the capitalist class from all positions of power it might shock many people. But if people truly believe that then they have to accept that the reforms they are proposing will essentially leave the capitalists in economic and political control.

The danger with that is that it is possible that even a mild social democratic reforming government might face huge opposition from capital, with industrial sabotage, capital flight, blatant non-cooperation and a media campaign that would make the last two years look like a picnic. Alternatively the capitalist class will seek to co-opt the
left government to neutralise it and undermine it from within, playing off different sides of the government and offering compromises to prevent more radical proposals being implemented.

Socialists are aware of the limitations of the Corbyn project as it stands but we want to engage with it to seek to push its boundaries and organise to make it go further. Even a left social democratic government, when advancing reforms against the interests of capital, will not be able to survive or will capitulate to pressure from bosses unless there is strong and decisive political activity at the base of society, by working people ourselves. However the only way we can sustain such political organisation is through the phrase adopted by young socialists in 1916: “First clarity, then unity”!

We need to talk about not only the means of social reform,where we align ourselves with social democrats in the short term, but the final goal of socialism. That is what will give us the strength to prevent ground being ceded owing to pressure from capitalists, as is already happening in the debate on freedom of movement, and the capacity to push the Corbyn project beyond its own limitations.

This is why socialism has to be put on the agenda. Not as an afterthought or ‘we’ll do it in a few years after a successful social democratic government’- because in those situations tomorrow never comes.