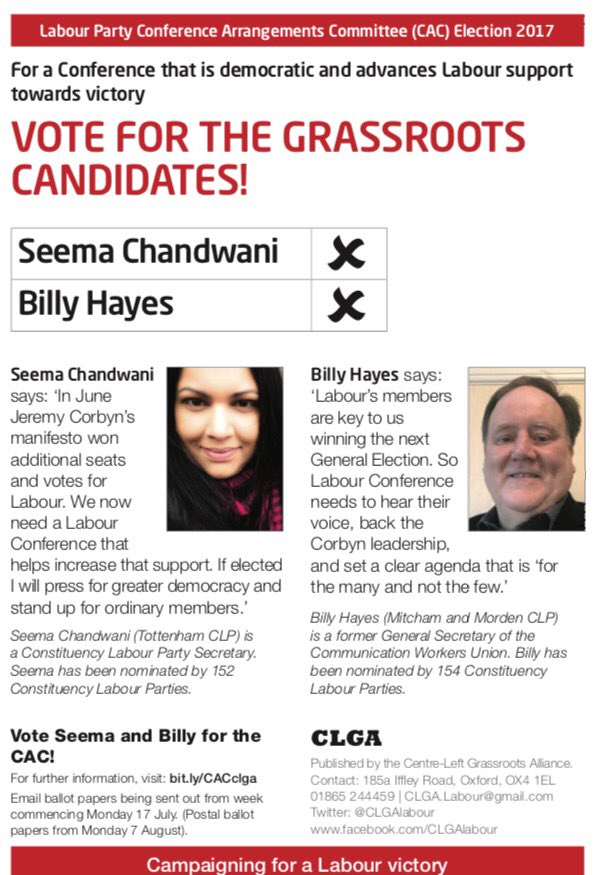 By the morning of 19 September, The Clarion had received a number of reports which suggest that Labour’s Conference Arrangements Committee, still dominated by the right before its newly elected members take office, is ruling or is going to rule large numbers of conference motions out of order.

Motions ruled out of order include:

We need to find out more. Please drop us an email to let us know if your CLP’s motion has been ruled out or order: theclarionmag@gmail.com. We’ll post updates here.

It looks as if right-wing members of the CAC, roundly defeated in the recent elections, have decided to scorch the earth before they leave office. They didn’t do that last year – but then last year the right was in the ascendant. This year they may be worried about the strength of the left and attempting to cull motions as one way of preventing too many left victories at the conference.

We must raise the strongest possible protests and fight for motions to be readmitted. (Note that the unions have a majority on the CAC – the problem being that they tend to go along with proposals from the right. Union members should protest to their representatives.)

We also need to fight to abolish the National Policy Forum. Bizarrely, the communications sent from the CAC to CLPs do not specify exactly why motions are ruled out. But they generally cite the existence of policy (usually right-wing and always vague) from the NPF.  In the past, under Blair, the NPF reports were used to rule out a majority of motions submitted. We must oppose a return to those days and instead fight to scrap the NPF as part of making conference genuinely sovereign.

Lastly, the left should consider calling for the NEC to organise at least one dedicated one day policy conference before conference 2018. Labour members and our representatives have had very little opportunity to discuss and pass policy. If the party is going to be democratised, we need opportunities to catch up.