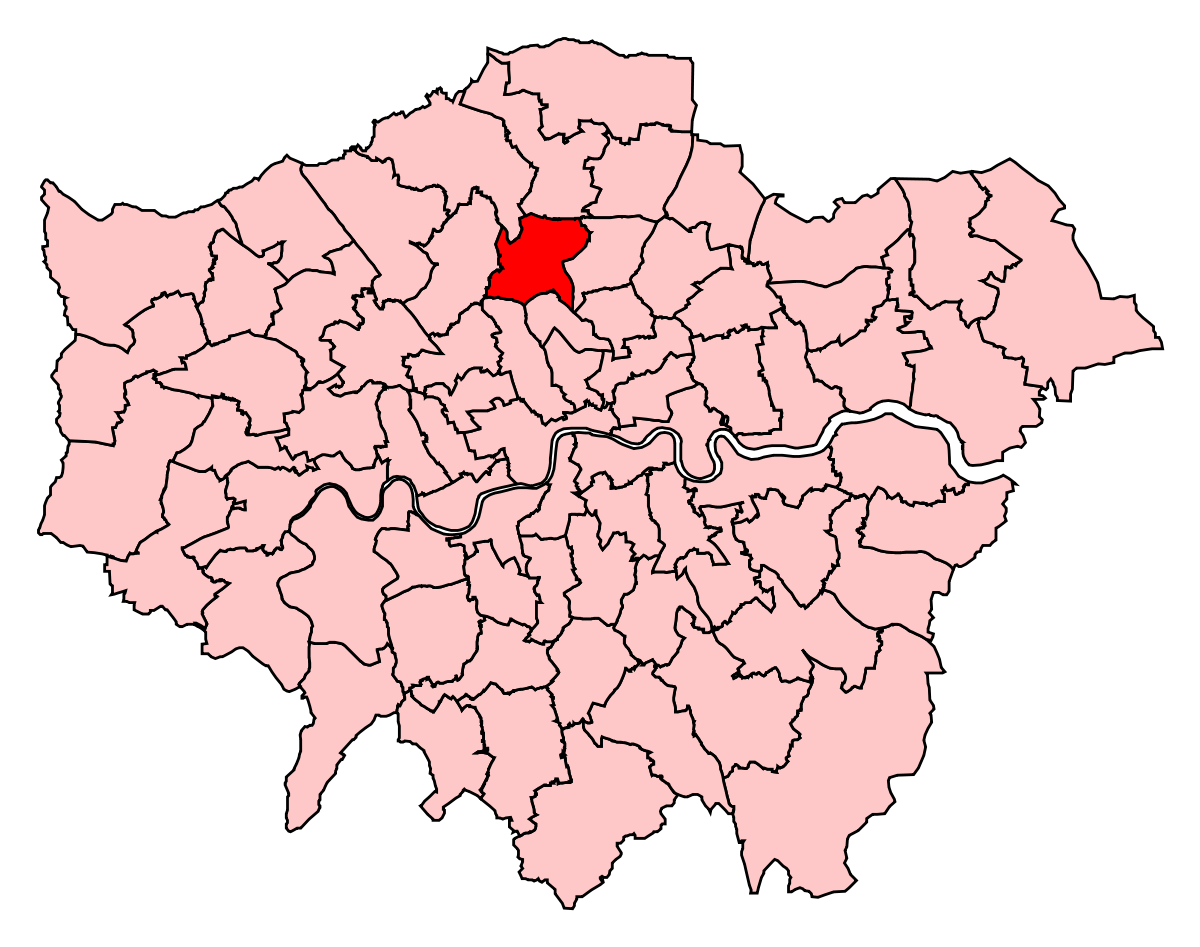 Supporters of Jeremy Corbyn’s leadership won a clean sweep of officer positions at the Annual General Meeting of Hornsey and Wood Green CLP on 13 September.

Hornsey and Wood Green is said to be the largest CLP in the country, with around 4,600 members, the majority of whom joined after September 2015. Yet, even though Corbyn supporters will have long been a majority of the local membership, the left’s victory relied on its ability to organise this support across the constituency on a clear political basis.

Coming just days after the successful election of Tottenham CLP Secretary Seema Chandwani and former Communication Workers’ Union general secretary Billy Hayes to the important Conference Arrangements Committee, it is a further sign that members’ enthusiasm for the anti-austerity politics of the Labour leadership is slowly but surely being translated in to victories for the left in elections for key party positions.

Hornsey and Wood Green is a delegate-based CLP, meaning that those voting at the AGM must be elected as a delegate from a Branch Labour Party, an affiliated trade union or a socialist society.

The key to the left’s victory was its ability to mobilise members at a branch level. At each branch AGM in the last few weeks, the left won a majority of CLP delegates and was able to nominate its candidates for CLP positions. Over the summer, we organised to engage local members, and representatives from each branch met to collectively decide candidates for key officer positions.

Some on the left oppose delegate-based CLPs, in favour of all-member meetings. Delegate-based meetings, however, can encourage the development of local branches, and ensure that trade unions and affiliated socialist societies have meaningful representation. The experience of Hornsey and Wood Green shows that through the painstaking work of organising in the branches, the left can build a substantial base for itself, while at the same time building the party.

Eschewing secretive apolitical clique-based based modes of organising, the candidates were agreed on a political platform, which was proclaimed openly. Under the banner of “Hornsey & Wood Green Grassroots Left”, we backed candidates who support “the principles set out in the 2017 Labour Party manifesto, the current leadership of the party and the anti-austerity programme it advances”, and stand for “fully-funded public services and oppose privatisation.”

As well as this, the platform set out its opposition to “all forms of discrimination and support [for] the struggles of women, BAME, disabled and LGBT+ people.” It backed “all workers seeking to improve their pay, conditions and quality of life” and stood for peace and internationalism.

Three letters help explain the scale of the left’s victory in the Hornsey and Wood Green: HDV.

A crucial issue in Haringey has been the council’s £2bn plan to privatise public assets in the borough; the Haringey Development Vehicle. Reflecting this, the Grassroots Left made clear that: “We stand in line with the policy of Hornsey & Wood Green Labour Party, its MP and trade unions in opposing the Haringey Development Vehicle involving the transfer of more than £2 billion of community assets.” 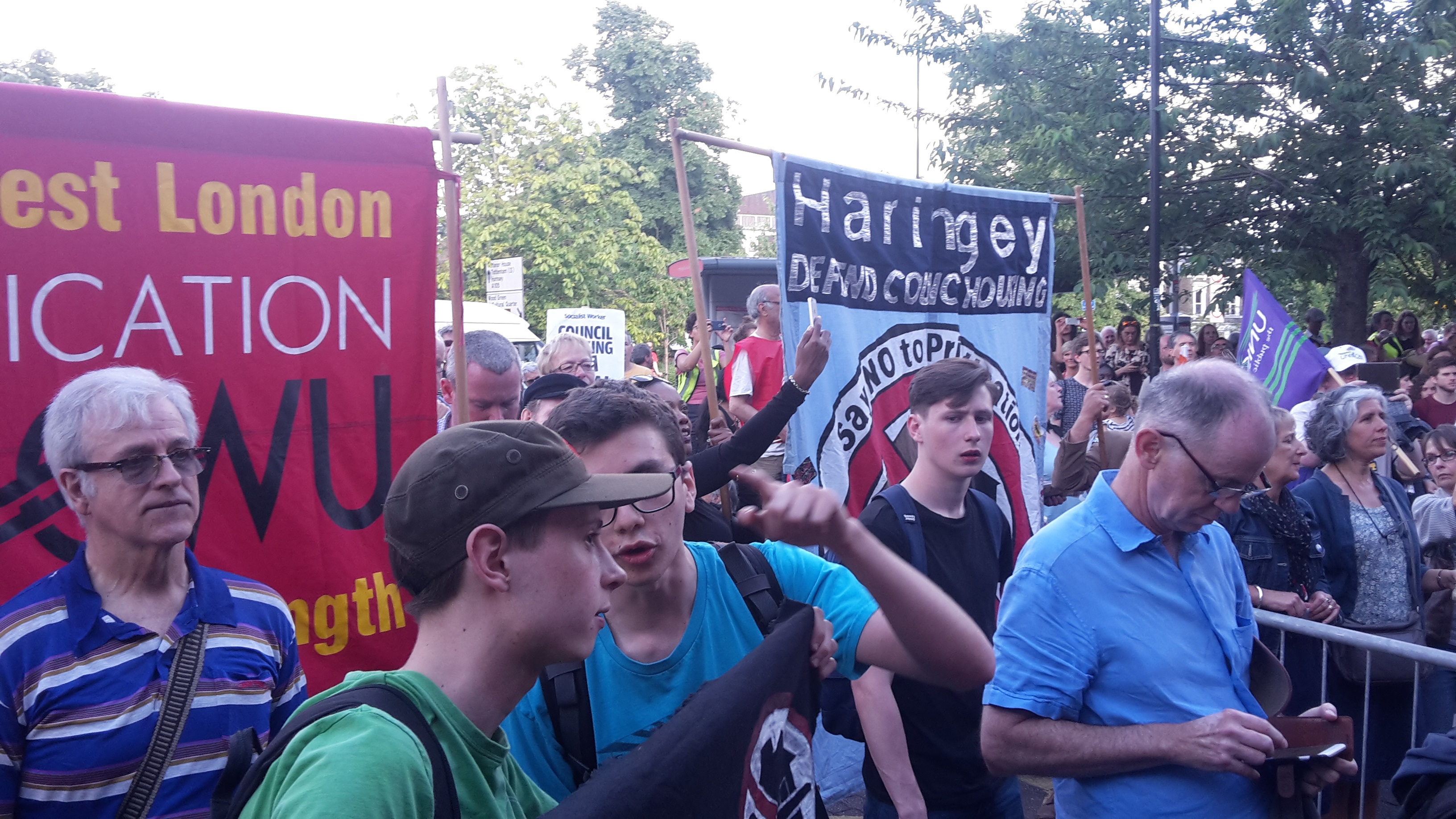 The Haringey labour movement protesting against the HDV

The outgoing CLP leadership’s loyalty to the Blairite leadership of Haringey Council was a major factor in determining the outcome of this year’s AGM. Despite the clear opposition from Hornsey and Wood Green CLP, local trade unions and both local MPs Catherine West and David Lammy, Haringey Council has pushed ahead with its plans to redevelop the borough in league with the notorious construction company Lend Lease.

The objections of local Labour members have hitherto been steamrollered but the campaign against the HDV has just gained immeasurable strength with the election of the new CLP officers.

In a sign of the mood, the CLP also voted to send forward a Contemporary Motion to Labour Party conference calling on the party to address the housing crisis by “directly delivering construction and maintenance services” and, among other things, “ensuring a sustainable means of meeting their local housing need by retaining 100 percent ownership and control of available public land, and prohibiting both the transfer of land to private developers and engagement with flawed joint-venture vehicles.”

To keep up the pressure, the StopHDV campaign has called a demonstration on 23rd September, assembling at 12noon in Tottenham Green and marching to Finsbury Park, and local Labour members will be in attendance.

This is of course, only the beginning. Winning such positions is only useful in so far as they lead to the democratic transformation of the party, increased engagement from party members, and an improved culture of political education and discussion.

But the AGM is a very good start on the way to creating a radical outward-looking campaigning party locally. The potential is huge.

The creation of a CLP Young Labour group should be a particular priority, to engage all those young people locally who support the Labour Party but who are not yet involved in organised political activity. The CLP should provide all the necessary support to its young members.

We also need the CLP itself to wage serious fight to reinstate the local comrades expelled from the party since 2015.

Quite a few supporters of The Clarion were elected to branch officer positions and as delegates to Hornsey and Wood Green CLP. We will be working as part of the wider left in the constituency, raising clear class-struggle socialist ideas, encouraging a culture of open and comradely political debate and discussion, and working to turn the party outwards to engage in local workplace and community struggles.