The Jewish Chronicle recently reported that a “draft text is to be put before the [Labour] Party’s National Policy Forum in Brighton, which reiterates support for a two-state solution in the region but avoids any direct criticism of Israel.” The text would also significantly alter the position laid out in Labour’s 2017 election manifesto, by removing criticism of Israel’s attacks on the Palestinians and the commitment for a Labour government to “immediately recognise the state of Palestine”.

The new position would represent a significant step backwards in Labour’s commitment to Palestinian liberation if passed. Labour has a clear political obligation to condemn the ongoing humanitarian crisis in occupied Palestine, including the decade long Israeli blockade of Gaza, which has substantially affected the living standards and health of Palestinian workers.

Access to clean water, medical care, wastewater treatment and many other aspects of daily life have been significantly curtailed by the blockade, a clear illustration of the Likud government’s disregard for Palestinian human rights. Recently, deliberate shortages of fuel and electricity – enforced as a political weapon to reduce the standing of Hamas – have led to what the International Committee of the Red Cross called “a systemic collapse of an already battered infrastructure and economy”.

Following the 2014 invasion of Gaza and subsequent killing of at least 1,500 innocent civilians by the Israeli Defence Forces, around 50,000 people remain internally displaced in the enclave. Severe restrictions on materials allowed into Gaza mean that Palestinians are prevented from rebuilding their own homes. The NPF motion also fails to comment on the building of illegitimate Israeli settlements in the West Bank. These settlements represent a clear obstacle to peace, based on an unjustifiable seizure of Palestinian territory; as well as a propaganda boon for the extreme right-wing demagogues of Hamas.

As socialists, we should call for immediate recognition of the state of Palestine, for international solidarity with both the Israeli and Palestinian left and for working class opposition to the theocratic fascists of Hamas and Hezbollah, as well as the continued human rights abuses of the right wing Israeli government. The NPF proposal, in omitting the crimes of the Israeli government, does nothing to further peace in the region and undermines Labour’s commitment to a viable two state solution. On that basis it must be opposed.

“There can be no military solution to this conflict and all sides must avoid taking action that would make peace harder to achieve. That means both an end to the blockade, occupation and settlements, and an end to rocket and terror attacks. Labour will continue to press for an immediate return to meaningful negotiations leading to a diplomatic resolution. A Labour government will immediately recognise the state of Palestine.”

“In Israel and the Occupied Palestinian Territories, Labour is committed to a comprehensive peace based on a two-state solution: a secure Israel alongside a secure and viable state of Palestine.” 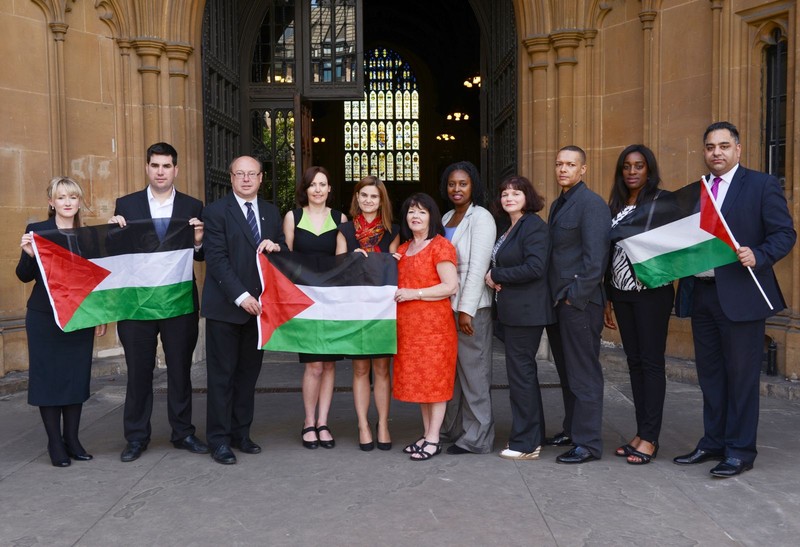