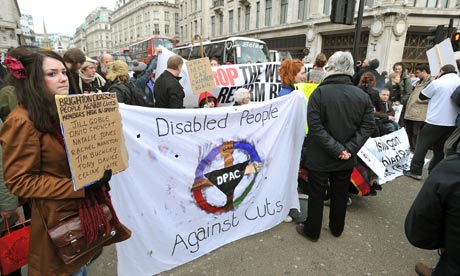 Many disabled people drew a sigh of relief with the launch of the 2017 Labour manifesto. Some of the most unjustifiable cuts brought by the Coalition or Tory government were going to be reversed: the so-called Bedroom Tax, the £29 ESA cut for claimants in the Work Related Activity Group and its equivalent in Universal Credit, the implementation of the court decision on Personal Independence Payment, scrapping the Work Capability Assessment, and the endless reassessment of people with severe long-term conditions.

Two points in the 2017 Labour manifesto were very important. Firstly, Labour’s support for the social model of disability, and secondly the incorporation of the UN Convention on Rights of Persons with Disabilities into UK law.

Left untouched in the Labour manifesto, however, were the benefit freeze, the benefit cap, and cuts to Universal Credit – all policies which extensively affect disabled people. It is no coincidence that around half of people in poverty are disabled people. So an obvious recommendation would be to reverse the £7bn cuts made to the social security system on which disabled people have to rely.

And where the manifesto fell far short is that it failed to reaffirm the raison d’être of the welfare state and maintains a deliberate ambiguity which means that everybody can read whatever they want into it.

For example: We will change the culture of the social security system, from one that demonises people not in work to one that is supportive and enabling. Supporting and enabling of what? Is it about inclusion, participation and equal opportunities in society or is it about work?

The reference to the social model of disability and to removing barriers comes just after the paragraph about the employment gap. It is difficult not to see this as a framing of disabled people as potential workers,with a focus on removing barriers to work. Of course the employment gap should be addressed, but what disabled people want at this stage is reassurance, and a complete break from the prevailing ideologies of the previous governments.

The reference to ‘punitive’sanctions is a perfect example of this. Which sanctions are not punitive? Labour introduced sanctions for disabled people in 2007 and should have scrapped them in their 2017 manifesto. But around 25% of unemployed people also have a self-declared disability and have borne the brunt of indiscriminate sanctions. Labour’s attitude to sanctions is very ambivalent as many Labour supporters endorse them, regardless of the consequences. It should have been possible to propose a moratorium on all sanctions while carrying out an in-depth study of their impact and of their costs to other public services. Interestingly, in the light of the Employment Tribunal fees ruling by the Supreme Court, it seems that a legal challenge against sanctions may be possible and successful.

No reference was made either to Independent Living,which is one of the key demands of disabled people, and which featured heavily in the 2015 manifesto. It is a crosscutting and overarching concept, impacting on education, health, and other public services. Jeremy Corbyn and John McDonnell have supported many protests to save the Independent Living Fund, so its absence in the manifesto is puzzling, as is the total lack of any reference to inclusion and participation of disabled people in society.

It is impossible not to feel in the manifesto certain reluctance at breaking away from the stance adopted in 2015 about Labour being the party of people in work. Rachel Reeves’ position at the time was: ‘We are not the party of people on benefits. We don’t want to be seen, and we’re not, the party to represent those who are out of work.’ This left many disabled and other people feeling abandoned and betrayed. While Jeremy Corbyn’s Labour represents a new hope for these people, the language on social security has not moved on enough to reassure them totally.

The policies pursued by the Tories originated with Labour, and it is a shame that Corbyn’s Labour, riding high on a wave of new popularity, did not condem and break with them. It is also a shame that the opportunity to hold a proper debate on social security was not grasped.