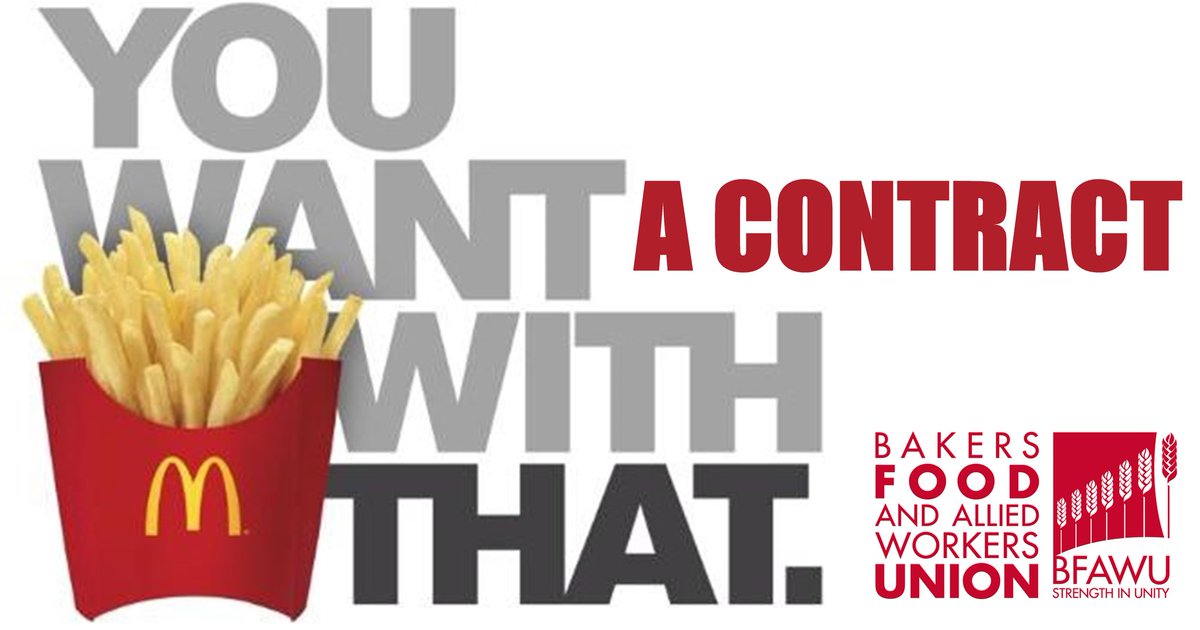 On 4 September, McDonalds’s workers in the UK will go on strike for the first time.They are striking for £10 an hour, secure contracts with guaranteed hours and union recognition.

Forty members of the Bakers’, Food and Allied Workers’ Union at McDonald’s branches in Cambridge and Crayford in South East London have voted to strike for these demands, as well as grievances over bullying of union activists by management — with over 95% in favour.

Labour, committed to scrap zero hours contracts and a £10 an hour minimum wage, must rally round the strike and help spread its example.

Jeremy Corbyn and John McDonnell have both said they support the strike and will be there on 4 September. Cambridge’s Labour MP Daniel Zeichner has pledged to join the picket line and other MPs have stated support, including former McDonald’s worker Laura Pidcock of North West Durham. But we need more, from the whole party and labour movement.

According to Cambridge McDonald’s workers, a third of workers there have recently had their hours cut without warning, leaving many unable to pay their rent. As Tom Halliday, a Cambridge worker, put it: “McDonald’s is a multinational corporation with unacceptable working conditions. We are asking to be treated with dignity and to be paid a decent wage, and for our right to form a union to be recognized by our employer. We believe it is our right to ask for a fair treatment for the hard work we perform”.

Fast food workers are terribly treated all over the world – but their fight is global too. BFAWU activists have taken inspiration from the ‘Fight for $15’ strike campaign in the US, as well as New Zealand fast food workers’struggles. Strikes in New Zealand doubled the minimum wage and forced the government to ban zero hour contracts, and won $64 billion in pay rises for three million workers. Global capital can move from country to country quickly, and trade unions need to do the same: workers’ solidarity must be international, and we are more likely to win against multinational corporations like McDonald’s when we coordinate action across borders.The first strike date coincides with Labor Day in the US, and a Fight for $15 national day of action.

Workers in the fast food industry, and in precarious private sector jobs generally, are often seen as impossible to organise. There is a high turnover of staff, workers are often young, significant numbers are migrants, and many live in poverty due to low wages and precarious contracts, working irregular shift patterns and faced with bullying by management.The struggles described above, as well as the recent victories by outsourced, mainly migrant cleaners at SOAS and LSE, prove that precarious, low paid workers can organise themselves into a force that can fight and win.

These workers are the force that, organised and mobilised, can revive the labour movement. These struggles also provide a huge opportunity for organising among the millions of young people who were inspired by Labour’s election campaign, drawing them into the unions, into Labour activism and into socialist politics, and and giving them the confidence and tools to fight back at work.

Young Labour groups and activists, local Labour Parties and Momentum groups should do everything they can to support the strike. Organise fundraisers, invite speakers, put motions for support and donations, go to your local McDonald’s and start to talk to workers so we can spread the strike, and discuss organising in your own workplaces too.

Clarion supporters are raising the issue with motions to both the Labour and Young Labour conferences, but the most important thing is to get activity and links on the ground in as many places possible.

We must build links and solidarity between this dispute and the Picturehouse strikes, cleaners’strikes and as many others as possible.

Meanwhile the Labour left must double down on pushing the party to campaign for repeal of not just the Trade Union Act, but all the antiunion laws, and to restore our right to strike and picket effectively, including in solidarity with others workers. This issue cannot be allowed to drift any longer.

Unless the labour movement wages a serious campaign for free trade unions and a strong right to strike, we are fighting with one hand tied behind our back.