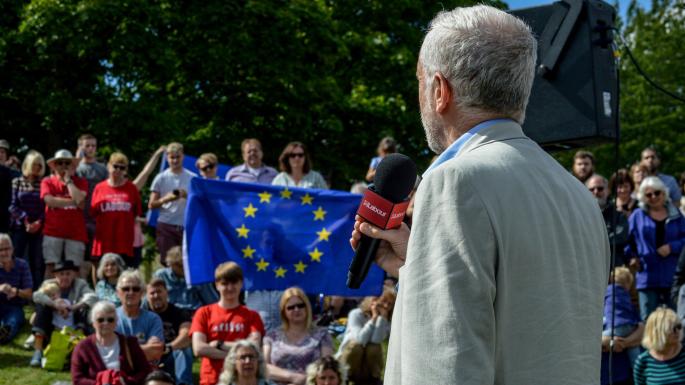 Shadow Brexit secretary Keir Starmer has claimed that the party is ending its “constructive ambiguity” over Brexit by supporting the UK remaining in the European customs union and single market for a long transitional period of, say, four years.

Despite the fanfare, how much of a change this really amounts to is unclear, particularly as Starmer is still making noises about the need for a deal to curb European migration.

Left, pro-free movement responses to the Labour leadership’s positioning and shifts over these issues fall roughly into three broad categories (obviously, not everyone fits neatly into one category).

Firstly there are those who oppose Britain remaining in the single market on “Lexit”-type, anti-neo-liberal grounds but simultaneously want to defend or extend free movement of people. In the Labour Party the most prominent example is the position taken by the leadership of the Bakers’ Union, who supported a “Leave” vote but are playing a prominent role in the Labour Campaign for Free Movement.

Secondly there are those nearer to the more pro-EU wing of the Labour Shadow Cabinet, who generally support free movement but are equally or in some cases even more enthusiastic about remaining in the single market. Many of these support both the left-wing LCFM and the new Labour Campaign for the Single Market set up by right-wing MPs Alison McGovern and Heidi Alexander at the end of August. This broad milieu shades off in various directions to the left (for instance there are people around Open Labour who work closely with the radical left) and to the right (which is why a few prominent Blairites, for instance Progress director Richard Angell, have formally backed the LCFM).

Lastly, there are those on the class-struggle socialist left, including the big majority of Clarion supporters, who are supportive of Britain remaining in the single market because we support free movement and because we see nothing progressive about breaking up or reversing capitalist development (or trying to). However, what we are actively and vocally campaigning for is free movement as a human right and workers’ right, not the capitalist arrangement of the single market.

The Labour Campaign for Free Movement is a united front spanning people in all three categories.