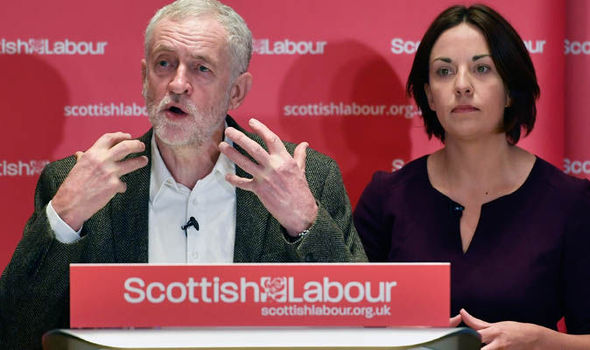 Scottish Labour has not had to seek its troubles in recent years. Generally these troubles have been of the party’s own making: Better Together and Jim Murphy’s short-lived leadership, to name but two instances. However, the malaise had been building for some time prior to the party’s near annihilation in the 2015 general election. The Scottish party had thoroughly embraced the Blairite transformation of Labour and the Scottish Labour left was weak and ineffective. The illusory promises of Scottish nationalism attracted large chunks of the working class fed-up with the paltry offerings of Labour both in Westminster and Holyrood, encouraged by the far left who abandoned socialist politics in order to become cheerleaders for the SNP.

Whilst tens of thousands flocked into the Labour party to support Corbyn in England and Wales, the increase in membership north of the border was significant but underwhelming in comparison. The mass meetings, Labour left takeovers of CLPs, and general air of enthusiasm and insurgency have been largely absent in Scotland. Corbyn’s recent tour of key Scottish seats suggests this is beginning to change but it is a slow, gradual process unlike the explosion in support for Corbyn in the rest of the country. Given these circumstances, coupled with the collapse of the case for Scottish independence, Kezia Dugdale’s resignation presents a great opportunity for the Labour left in Scotland to have its own Corbyn moment.

Unfortunately for the Scottish party there are few MSPs who could take the Corbyn role. Neil Findlay is the natural choice but he has ruled himself out. Richard Leonard looks likely to be the left’s candidate but he lacks any kind of track record in parliament; no bad thing necessarily but Corbyn, in contrast, was able to point to an exemplary record of voting against the New Labour government and thus distinguish himself from the party’s disastrous neo-liberal turn.

And this points to the heart of the problem. Corbyn’s success was not plotted and planned by the Labour left; in many ways it occurred in spite of the defensive and often defeatist strategy it had adopted in the wake of the New Labour project. A Corbyn moment in Scotland cannot simply be engineered by those who stuck with the party through thick and thin or by the labour movement full-timers around the Corbyn leadership; it has to be an insurgent movement of the working class and youth who had previously turned their backs on the party.

That said this is a watershed moment for the Campaign for Socialism (the LRC’s sister organisation and the Momentum franchise in Scotland) and an opportunity for the group to stake its claim as an active, dynamic, democratically organised force in the party. CfS should find its candidate – whether it’s Richard Leonard or Elaine Smith or an as yet untouted dark horse – before mobilising its 800 strong membership to go out into communities and persuade people to join the party and vote for the socialist candidate, hold mass public meetings, and generally demonstrate that it is willing to take on the right-wing who have brought the party to its knees. To be at all credible, the left’s candidate needs to put forward a bold programme of pro-working class reforms which emphasises a clean break with the outgoing leadership.

The success of Corbyn is not just the fact that he is the leader of the Labour party; it is the fact that he has brought several hundred thousand people into the party who are looking for an alternative to cuts and austerity. The Scottish Labour left needs to grasp Dugdale’s resignation as an opportunity to do the same.