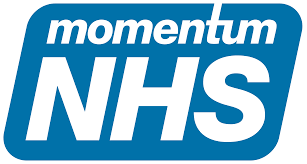 Many NHS activists were deeply disappointed in Labour’s 2017 manifesto. You’d be forgiven for thinking that in the age of Corbyn, surely NHS policy is one thing the Labour Party could get right? Sadly, that has proved not to be the case. Corbyn’s initial pick for Shadow Health, Heidi Alexander, merely continued the lacklustre policies of Andy Burnham – and it’s worth remembering that in 2014, as some of us were on the streets of Manchester lobbying Burnham and Labour Conference, that that year’s Contemporary Resolution on the NHS was ruled out.

After the coup attempt, Diane Abbott’s brief tenure as Shadow Health was much more hopeful, with talk of renationalisation becoming commonplace. Jon Ashworth now holds the Shadow Health brief, and aside from pledging to ‘halt and review’ the Sustainability and Transformation Plans that would spell the end of the NHS, he has been as disappointing as Alexander was.

One cause for hope in a fairly disappointing picture is that the Contemporary Resolution Momentum NHS promoted to the 2016 conference was not ruled out and helped shape policy at that time. We must continue to assert the will of the membership through the Party’s democratic structures and call for greater clarity in policy making procedures, which are still frighteningly opaque.

This new Contemporary Resolution on the NHS, for this year’s conference, has the backing of the Socialist Health Association, Red Labour and Momentum. It highlights how Labour have failed to fully rise to the challenge of defending the NHS, which does not merely require a pledge for greater funding or limiting private sector profit, but a thoroughgoing commitment to renationalisation and an end to Labour’s tacit backing of the ‘Five Year Forward View’, which is essentially a private sector wish-list written in Davos. The NHS is running out of time and may not last until 2022 – this is why I am asking you to get your CLP to send this Contemporary Resolution to conference now.