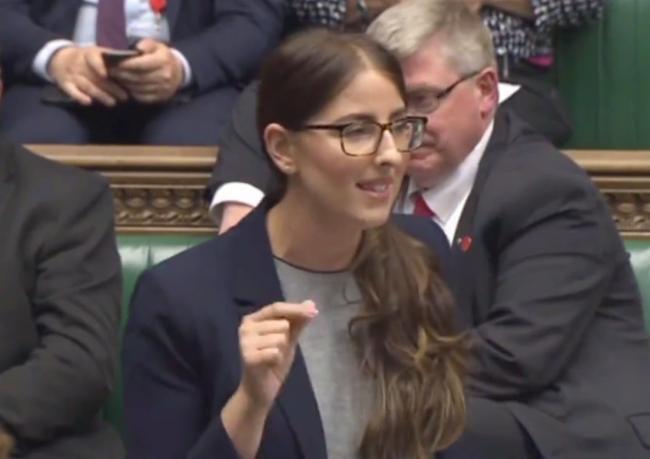 Last week my MP, Laura Pidcock, said some fairly innocuous and reasonable things about not wanting to cosy up to Tory MPs and become their best pals. Seems normal to me. Unfortunately, this statement caused a little bit of a storm. Worst of all, the biggest criticisms came from Laura’s own side. Several people hurled abuse at Laura on social media, accusing her of being “partisan” (as if there’s something wrong with that in a democracy), of claiming she’s better than other people, of accusing her of stoking up hatred and division.

I thought this was ridiculous. Imagine you’re in Laura’s position. You are MP for a deprived northern constituency. Your constituents lives are blighted by unemployment, low wages, welfare dependency, crumbling public services, non-existent transport links, lack of housing, crime and anti-social behaviour. People come to your constituency surgeries on the receiving end of the DWP’s punitive assessments and sanctions. Then, all through the week, you go to work at Westminster, and you see all the Tory MPs in a very in-your-face way. You see them shouting and heckling in the Commons. You see them strutting the corridors of the Palace like they own the place. You see the full-blown, born-to-rule arrogance of the Tory Party. Worst of all, you see how the Tories are utterly indifferent to and dismissive of the poverty, misery and suffering they are inflicting on Britain’s most vulnerable citizens. Who reasonably expects Laura to befriend these people in these circumstances?

There’s also the wider issue of befriending Tories in general. My friend Marian Craig wrote an article on the ‘Labour Vision’ website on the subject. (She was also subject to a barrage of Twitter abuse which should be condemned.) I told her I respectfully disagree with what she wrote. The Tories as a party are not in politics to make the world a better place. They are in it to defend privilege and the status quo. Now whilst I don’t hate everyone I disagree with, I really do despise the unnecessary cruelty the Tories inflict on the vulnerable.

I take friendship seriously. Two of my friends are like the brothers I never had. Now I can be civilised with Tories. I’ve met some very cheerful and personable ones. I even kissed a Tory once. But there will always be an enormous level of disconnect between myself and a person who is completely relaxed about huge cruelty, certainly someone at the level of an MP. I could be acquaintances with them, but never true friends. Laura is not alone in this, and to suggest she is doing something wrong is utterly ridiculous.