“Never before in the field of financial endeavour,” said Mervyn King in 2009, “has so much money been owed by so many to so few.” Here, the Governor of the Bank of England was paraphrasing Churchill, describing another crisis of capitalism. Yet in the aftermath of WWII a Labour Government carried out a redistribution of wealth unparalleled in modern Britain, involving the nationalisation of a broad sweep of public services. In the aftermath of the 2007 banking crisis, however, a Labour government carried out a nationalisation that cost in the area of a trillion pounds and yet failed to tackle the corruption and inequality that led to the crash.

In 2007 Labour missed the opportunity of a generation – and we are still paying dearly.

Although Alistair Darling and Gordon Brown’s actions in the wake of the crash were commendable in that they averted full scale financial meltdown, the working class have suffered because of the government’s failure to use its enormous bailout expenditure to turn the banks into assets that are run in the public interest. It is in this light that delegates to Labour Party conference should support the motion passed by Leeds West CLP (and soon hopefully others) calling for nationalisation of the banks.

The way in which the major banks were part-nationalised represents a very bad deal for everyone but the bank bosses. By insuring banks against their ‘toxic assets’, the Government took responsibility for the banks’ liabilities while leaving their profits untouched, sanctioning the reckless activity that almost brought the entire system to collapse. These toxic assets were inflated way beyond their actual value since they were traded between banks as products that were far too complex for their traders to value, with the backing of credit rating agencies that were paid directly by the banks and so had a financial interest in exaggerating their value. Ultimately, the government was defrauded by the banks who preserved their interests at the expense of workers. 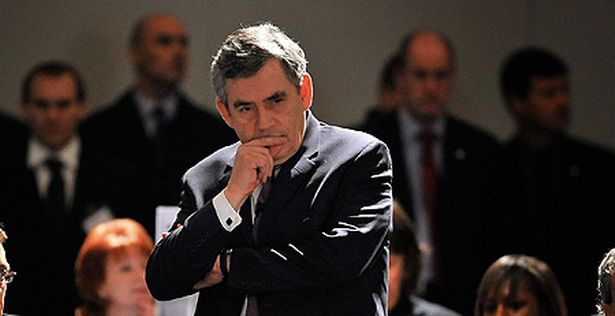 At the beginning of August, the world reflected on the tenth anniversary of the banking crisis and lots of media attention was given to Alistair Darling, who is still praised for his fast action from commentators from across the political spectrum. However, while the government’s initial response to avert a total catastrophe response was impressive, its attempt to tackle the structural problems was anything but coherent. Initially, it was against nationalisation and wasted £100m in consultants’ fees in search of a buyer for Northern Rock.

Gordon Brown is completely upfront about his opposition to nationalisation, unsurprising for one of the architects of Labour’s rebranding of the Thatcherite settlement. He argues in his book Beyond the Crash that he “favoured a private-sector bailout of the bank… partly because ever since the 1970’s, Labour has been losing elections on the basis of economic competence.”

The fact that Gordon Brown and his government invested so greatly in the opinions of the right-wing press is ironic because ultimately it was entirely blind to Labour’s actions during the crash and successfully pinned the blame for a world economic crisis on our party. When Labour failed to challenge the narrative that the banking crisis necessitated austerity measures rather than the increase in spending that the depressed economy vitally needed, it made the party so much more vulnerable to the accusation that Labour’s mismanagement caused the dire financial situation.

The consequences of Labour’s reluctance to reform the banking system are becoming ever more dangerous. The clean bill of health provided by the enormous bailout in 2007 has meant that banks have carried on with their risky practices unimpeded, with a particularly strong growth in subprime car loans. Bankers’ bonuses have grown despite the enormous pressure on working class people to pay for their mistakes. Small businesses are failing at a dramatic rate because banks are reluctant to lend even with historically low interest rates. And now, the governor of the Bank of England has warned that ‘light-touch’ regulation has meant that the banking system is as precarious now as it was in 2007.

All the arguments about cost and the dangers of state interference pale in comparison to the risk of allowing the banks to fail like they did in 2007. It will be the poorest people who have to bear the burden of bankers’ irresponsibility again if they do, and the millions of people using foodbanks will be joined by millions more.

Nationalising the banks under democratic control is the right course of action to avoid future crises. The way in which the crisis was not simply confined to Northern Rock shows that the problems are systematic and cannot just be solved by tinkering with certain practices. When the crisis hit, the banks’ reluctance to lend to each other made them unable to lend to consumers and businesses. As businesses were forced to make staff redundant to cope with the lack of credit and therefore people began to default on their mortgages, consumer spending rapidly contracted at a time when it was desperately needed to revive a stagnant economy.

A public, democratically run banking sector would be able to act in the public interest in order to direct credit where the economy needs it most. It would be able to put jobs, business and services ahead of creating a casino economy.

It is a mistake to think that banks create wealth or even possess it to the degree which affords them so much influence. Because of the fractional reserve system, most of the money that is in the world economy is not backed up by real capital. The New Economics foundation estimated at the time of the crash that banks held £1.25 in reserves for every £100 they issued as credit. Therefore, because the most important function of a bank is to determine who gets credit and when, it makes sense to have the state perform this function because the banks’ management of the economy in this way is not based upon real wealth.

Nationalising the banking sector would give an enormous boost to Labour’s ability to develop an economy run in the interests of the many. It is grotesquely irresponsible to leave the banks in a situation where they could eagerly take us towards a situation like that of the 2007 crash, with the safety net of a no strings attached government bailout if they do.

The expenditure on pseudo-nationalising the banks in 2007 shows that there is a way to fully nationalise the banks in the public interest. This is a demand that has won support from across the Labour movement, a motion on the subject from the FBU having been passed by the TUC in 2012. It is a proposal that Jeremy Corbyn and John McDonnell have supported in the past. The Labour Party must be prepared to take the opportunity to transform our economy in the interests of the people and in doing so, create security that will last for generations.

• More: Why we must fight to nationalise the banks, by FBU General Secretary Matt Wrack