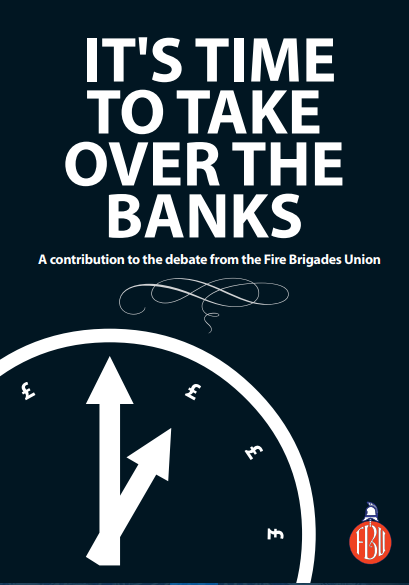 I took the contemporary resolution to Labour Party conference on nationalising the banks which The Clarion is promoting to my CLP, Leeds West. It was the first time we have had a meeting in August partly to allow us to submit a resolution.

We had a good debate. There was opposition both on the cost of this policy.

My response was that the British people have already paid out around a trillion pounds to shore these banks up. I also argued that as the banks are repeating the exact same behavior that led to the crash of 2008. Working class people can’t afford not to take them into public ownership.

Quite a few people spoke in support of the motion.

John Battle, the former Leeds West MP, supported the motion but put an amendment supporting credit unions and for Labour to look at democratically accountable regional and local banking too. The amended motion passed with the big majority of the room supporting it.

We note that on 3 August Bank of England governor Mark Carney warned about the UK returning to the light touch banking regulation that produced the post-2007 financial crisis.

We note the revelation on 8 August that the “turnaround plans” of British banks including Barclays and RBS are being hindered by ongoing US Department of Justice investigations into their role in sparking the crisis.

The banks were to blame for the crisis, not the money Labour spent on Sure Start centres, schools and hospitals. Yet they were bailed out at public expense, to the tune of at least £800bn.

We must ensure that such private interests are not again allowed to obstruct meeting the needs of our people. We therefore applaud and adopt the policy adopted by the TUC at the initiative of the FBU in 2012, to nationalise the banks and create a “publicly owned banking service, democratically and accountably managed… [to] play a central role in building a sustainable economy, investing in transport, green industries, housing, creating jobs and assisting recovery in the interests of working people”.

Ownership matters because we need democratic control: you can’t control what you don’t own.

Conference resolves that the next Labour government should bring the five largest retail banks into 100pc democratic public ownership, with compensation on the basis of proven need, and develop proposals to democratically decentralise banks to regional and local levels and back democratic credit unions.