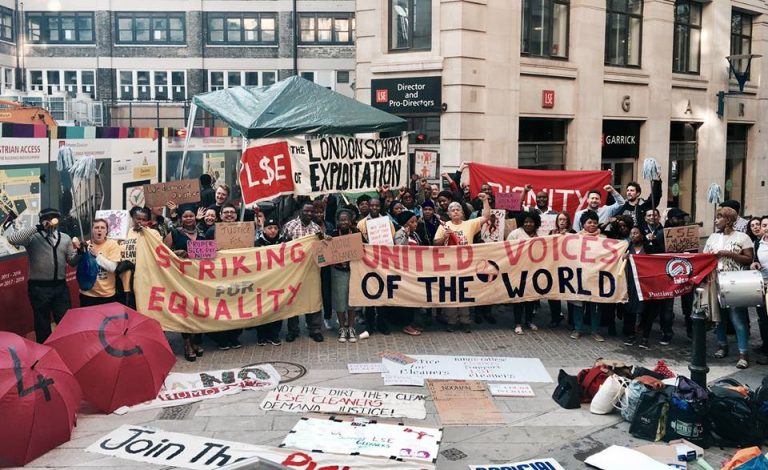 There is a section of the British left – some of it indigenous to the old Labour left tradition, some of it linked to the old Communist Party – that actively supports border controls, and has always viewed free movement as a means of undermining the power of organised labour. In the Labour establishment, support for border controls has been a regular fixture – whether as a means of appeasing “legitimate concerns” (and racism) about immigration since the 19th century, or as a electorally opportunist response to the Brexit vote.

These sections of the left do not want to have an argument about their position, and for good reason. The idea that we should take away people’s rights on the basis of their nationality (which is what ending free movement means) only makes sense if you are, on some level, internalising or pandering to prejudice and nationalism. Otherwise, we ought to “build a big beautiful wall” separating deprived northern towns from the south east of England, to stop all the inhabitants of Blackpool from coming down here, taking our jobs, flooding our labour market and eating up the housing stock.

The vast majority of progressives and leftwingers would not want to make such a case. That is why, in Labour’s manifesto, the end of free movement was presented as an immovable fait accompli. One week Labour will say that free movement must end because we are leaving the single market; the next it will say that we must leave the single market in order to end free movement.  It’s also why the main argument against free movement in Momentum branches and on the left will be “ssshh, you’ll damage the leadership”, or even “this is a plot by the right to damage Jeremy.”

Yet the fight inside Labour for free movement and migrants’ rights has always been led by the left, not the right. Under Blair, Labour was responsible for introducing some of the harshest asylum laws in Europe, many of them aimed at driving refugees into destitution. It worked with the tabloid press to feed a narrative of immigrant benefit scroungers and government clampdowns.  Historically speaking, the leadership of the trade union movement has often been the most anti-migrant part of it. The immigration controls mug was not designed by CLPD.

And the logic of the arguments for free movement are overwhelmingly radical relative to Labour’s historical centre. We call for all workers to have the same rights, regardless of where they were born – because it is through collective struggle that we improve our lives. We call for massive public investment, common ownership, greatly increased minimum wages and the abolition of anti-union laws. Free movement is part of “our” globalisation – not a step backwards from the social democracy of the Twentieth Century, but a radicalisation of it.

This is not to say that there will not be many on the right of the party who come round to the idea of free movement in the coming period, and not all of them for honest reasons. Some on the right genuinely believe in a similar principled case to that which I would articulate. Some view free movement as an important argument to win for the purposes of remaining in the Single Market and protecting Britain’s business interests. And yes, some will see an opportunity to divide the left and expose the awkward fudges made by the leadership in recent months.

The fact that the argument will be difficult cannot deter us from having it. The question of whether or not Labour should have whipped for Article 50 in March was controversial on the left, as it was across the party, but it was fundamentally a tactical question. Even the bigger debate over EU membership was not a matter of raw principle, in so far as it was possible to offer respectable (if deluded) left wing arguments on both sides.  But ending free movement – dividing workers by nationality, taking away people’s rights, implicitly endorsing of the idea that immigrants undermine living standards – is a matter of deep principle on which the left cannot afford compromise.

Despite appearances, there is plenty of reason to be optimistic about the prospect of Labour taking a pro-free movement line. Over the past two weeks, about 2,500 Labour members and supporters have joined the Labour Campaign for Free Movement. A number of unions – including some big ones – have come out in favour. And we should not forget that Jeremy Corbyn and John McDonnell are friendly to the principle, and have the radical social and economic programme that can make free movement palatable and electable.