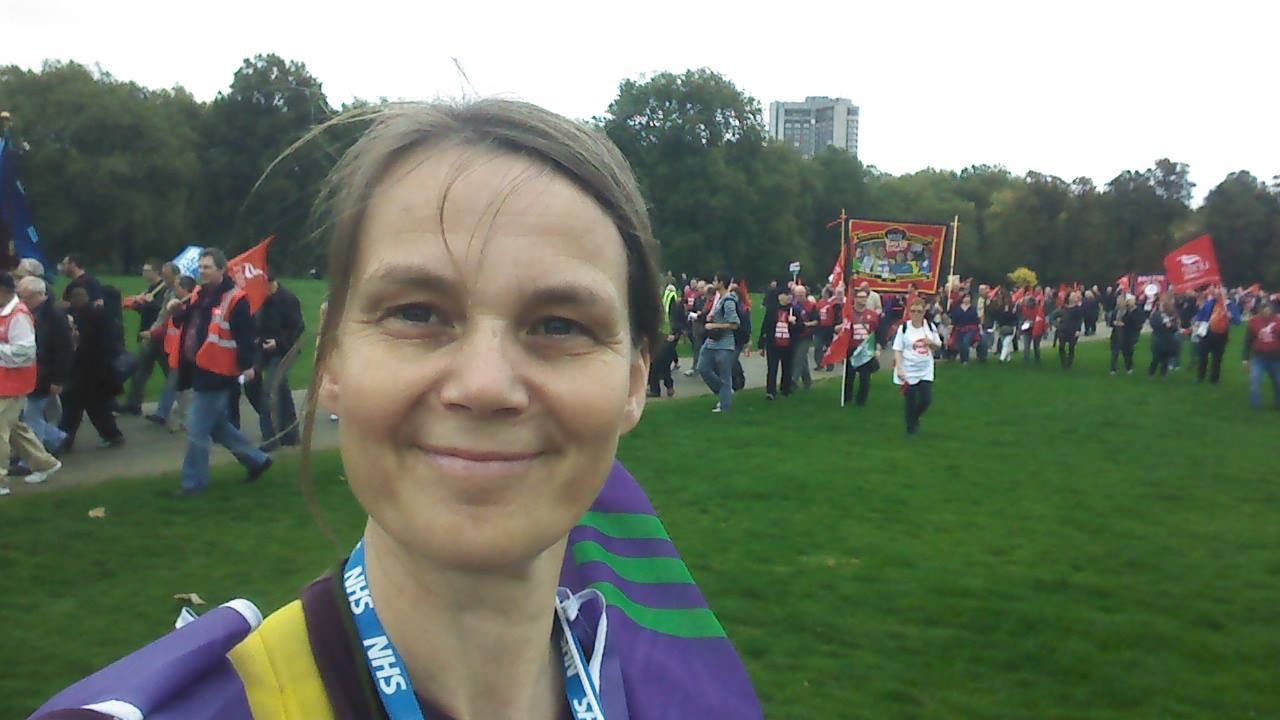 I am an EU immigrant who has lived in the UK for the last 27 years. Having met a British guy (now my husband) during my gap year in 85/86, I had returned to my native Germany to complete my training there. I returned in 1990, newly qualified. I applied for three jobs, had three job offers and have been in employment ever since.

It takes a while to become familiar with a new country and a new culture, and to feel fully at home, but I have always felt part of British life and British people. Britain seemed so diverse and multi- cultural, tolerant and vibrant compared to the Germany I remembered from my childhood. I never really felt different or “foreign”, but instead felt that I belonged.

One disadvantage of being an EU citizen was not being able to vote in general elections (or certain referendums), but that did not seem to matter much. We had two children and, due to circumstances, my husband stayed at home with them and I continued to work and be the breadwinner. We have lived in our town for 20 years and are very much part of the community.

All that changed with the EU referendum last year. From one day to the next I was no longer simply part of the great collective that makes up British society, but I had become a foreigner, an outsider, somebody who – somehow – was part of the problems that ail this country. Comments like “the country is full” and “immigrants put a strain on our services” are easily heard in conversation.

Now, I am used to anti-immigration rhetoric from the right-wing press and right-wing parties, but more recently that rhetoric seems to be seeping into Labour’s language too.  I understand that Labour’s position would be to unilaterally guarantee full rights to EU citizens who are already settled in this country, and of course I welcome that position. However, there is also increasing talk about EU citizens being a threat to British workers, and that immigration should be curbed to only allow in those immigrants who are of benefit to the British economy.

Whichever way I try to look at it, that makes us second class citizens, commodities even, which are useful to bolster British economy when necessary, but can be rejected when no longer needed. Jeremy Corbyn was recently asked by Andrew Marr what would happen to (for example) Polish plumbers, if they were no longer required. Would they be sent back to Poland? Corbyn was careful to avoid answering that question.

The warm and welcoming Britain I fell in love with (well, after my husband, that is) seems to be disappearing. If I am only welcome because of my economic value, I am not welcome at all. I am simply viewed as a resource, not a human being. Now I feel that I have to justify my existence here by being able to demonstrate my economic worth. Speak to other immigrants, and you will probably very soon hear them say something like “I have been here for X number of years and I have always worked”. The perception that immigrants come to take from Britain and not give anything back, has filtered deep into the psyche of the nation, so we feel the need to demonstrate that we are different!

If I had stayed at home with my children instead of my husband, my economic value in the eyes of the government and politicians would be much reduced. If my industry no longer needed workers (not likely any time soon – I work for the NHS!), would I still be welcome to stay?

Friends are quick to tell me that “I will be OK” and “surely I will be allowed to stay”, but well-meaning as they are, they really miss the point. “Being allowed to stay” is really a far cry from feeling a fully welcome and accepted member of society. Being left with uncertainty and anxiety about your future in the country you have invested your entire adult years in and which you have made your home, is cruel and shows a disregard by the government for the people it claims are “valuable members of society who contribute much to British life”.

Britain no longer feels like a safe place where I belong and which I can call my home. It still is the place where I have chosen to live, yes, but for the first time in 27 years we are entertaining the idea of leaving.

Having been a Labour voter (in local elections) for 27 years and having become a Labour member following the 2015 election, I am urging Labour, and its supporters – including the Corbyn left – to keep on the straight and narrow during these turbulent times and to not stray down the path of appeasing anti-immigrant sentiments – even when they are dressed up in left-wing sounding language about protecting workers in Britain. I am watching Corbyn backtrack on this issue with some concern – I hope my continued support for Labour and Corbyn will not be in vain.