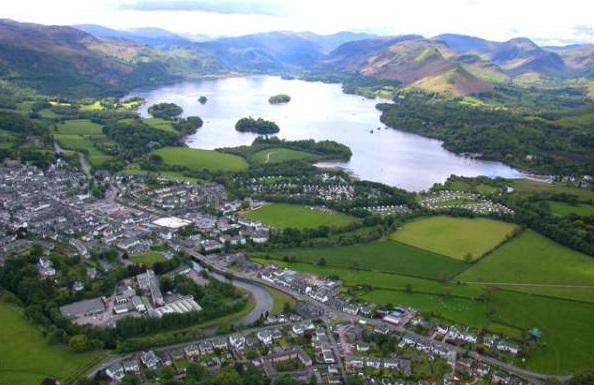 For some time now, the political commentariat has treated Copeland constituency as a litmus test for the rest of the country. This assumption was one among many that were already way past their sell-by date on the evening of 8 June as the exit poll set the phones of Labour activists buzzing ecstatically across the UK. Minutes before it was confirmed that Battersea had swept into the red with a +9.1% swing, Sky News editor Faisal Islam tweeted: ‘Britain is not Copeland, it seems’. This was a statement that Labour supporters could yell from the rooftops; the loss in the February by-election wasn’t the indicator we all took it to be. But it was an indicator, just not the one we thought. Unlike many Tory-held marginals across the country on 8 June Copeland stayed blue. If we truly want to adopt a ‘650 seat strategy’ we need to take a closer look at what happened here. There are lessons to be learnt that can help us win not only in Copeland but all across the country.

Copeland is one of the most sparsely populated constituencies in the UK, many of its residents flung out along the west coast in villages and farmhouses a fair drive away from the nearest town. Its population is older than the national average, and there is no university; this is hardly the prime place for the #backbernie inspired activism that elsewhere saw Momentum members flooding the streets. The Sellafield reprocessing and decommissioning site makes it the constituency with the highest proportion of the population employed in the energy industry, so nuclear power is an important issue here. Copeland is also one of the whitest and most Christian constituencies in the UK, at 98.3% and 77.4% of its population respectively. 62% here voted to leave the EU, and it seems likely that the majority of previous Ukip voters cast their vote over to the Conservatives.

Labour has been losing relevancy in poor (post-)industrial areas like this for some time now. This is unsurprising given New Labour’s unremorseful severing of ties with its working-class base, its move away from trade unionism and its refusal in opposition to stand up to austerity. Now at last we have a project that can win back hearts in what once were heartlands.

Why we should have won

We tend not to associate poverty or homelessness with the countryside, but many in Cumbria face these issues. Seasonal workers in the tourism industry often find themselves at a loss when the summer season ends. Meanwhile, cuts to bus services in remote areas are devastating for those without a car or unable to drive. This is a particular issue in Copeland where the maternity unit, A&E and children’s ward at West Cumberland Hospital are under threat of closure. In the run-up to the by-election Labour candidate Gillian Troughton timed the journey from Copeland to the next nearest hospital in an adjacent constituency. It took 3 buses and 137 minutes. Just like the rest of the country, Copeland is crying out for investment in its public services, for affordable housing and decent infrastructure.

The recent floods show the devastating impact of a deregulated and defunded state, not only for rural areas but also for cities like Carlisle, another Cumbrian marginal which lost by a few thousand votes. Drive into town on Warwick Road and you will still see for sale signs, empty front rooms and blue ribbons tied to trees at the level of the highest flood water over a year after Storm Desmond; as a constituency it is intimately tied to the countryside around it. The Conservatives have only exacerbated the problem with their ‘bonfire of red tape’ in an effort to appease the farming lobby. This should have allowed Labour to step in and argue convincingly for tighter regulation and investment in flood defences.

Farmers aren’t historically natural Labour supporters, but that needn’t be the case. Most farms run as small businesses, tenants renting their land and often working 12 hour days to make ends meet. This is an uncertain existence, destabilised further now by the prospect of Brexit and the potential loss of their main export market and source of subsidies. Last year the Environment Secretary warned that leaving the EU could damage the incomes of 10,000 sheep farmers in the UK. There are many good policy ideas in the Labour manifesto specifically on agriculture, tourism, the environment and rural areas. If these are put in the spotlight and costed, and tabloid accusations on issues like the so-called ‘garden tax’ are countered, then we have a strong case to put forwards.

How we can do better

Part of the reason why the by-election was so devastating for Labour and such a confidence booster for May was because Copeland had been a safe seat since 1935. Though undoubtedly local activists worked really hard, it is difficult to avoid a sense that the party at large has taken it for granted – scroll down Copeland’s Facebook page and website and you won’t find any posts earlier than late December when the by-election was called. Cumbria County Council has been Labour up until this May, as have the local district councillors, so austerity measures came under their watch; the ingeniousness of cuts to local government is that they displace responsibility away from the source. This is a devious Tory strategy, sure. But this is on top of a disillusionment and disconnection that goes back years, which we must now counter. We have an inspiring new direction but it will take time and hard work to communicate this to people.

In the months leading up to the by-election Labour North threw all its efforts at Copeland, with activists driving across the fells from as far away as London to help out. However, short-term intensive campaigning is no substitute for years of sustained engagement with local communities and national Labour has a supportive role to play in this. Moreover, after campaigning at the by-election Tom Raeside, then Youth Officer for Penrith and the Border CLP, wrote this letter including a scathing description of Labour North’s organisation as ‘shambolic’.

This last minute stampede to Copeland can only have reinforced the impression of those who already viewed politicians as living in a self-serving Westminster bubble; of Corbyn as an Islington boy first and foremost. Directing Momentum members to their nearest marginal was a strategy which worked well in this election – campaigners from safely red Liverpool gave Margaret Greenwood a solid victory in Wirral West. But bringing in the national task force only works if there are coherent local structures for them to fit into and a well-established relationship between the local, constituency, regional and national branch. Momentum ran ‘Activist Training’ sessions across the country and we need to make sure people in all constituencies have access to these. Labour is flusher than ever; finally, the ‘rational’ choice is unarguably to invest in people.

• Have a consistent local and national message

In Copeland there was confusion over Labour’s stance on nuclear power. In the run up to the by-election Troughton came out as ‘pro-nuclear; no ifs, no buts’ and expressed her support for Moorside, the proposed new site. However, Corbyn’s position was widely reported as being ‘anti-nuclear’, with no distinction made between the industry and Trident. Making calls in Copeland in the week before the General Election, fears about Sellafield’s closure kept coming up despite both the manifesto and the local candidate being in support of the industry, and the fact that the plants are already in the process of decommissioning and will be for decades to come. Raeside points out in his letter that that a ‘strong media response’ to this issue never emerged from the local campaigns office during the by-election campaign.

• Don’t compromise in the name of electability

One of the most important lessons Corbynism has taught us is not to give ground to the centre-right in the name of electability, and instead to offer a programme of positive change. In the by-election, the Copeland CLP voted for Troughton over local working-class community activist Rachel Holliday who was inspired to join Labour in 2015. It is people like Holliday, new to party politics but passionate about standing up for the most vulnerable in the communities they are a part of, that we must take this opportunity to give a parliamentary platform.

If anti-immigration sentiment was a factor in Copeland’s Ukip swing, in countering it we must direct the conversation onto the real issues. Comparing the Ashcroft polls from 2015 and 2017 it becomes clear how much the conversation has shifted away from immigration: in 2015 it was in the top 3 issues of concern for 47% of Tory voters and 28% of Labour voters, and in 2017 this went down to only 9% and 3%. Though for most on the left the Labour manifesto’s section on immigration is hardly the page you’d flick to if you were looking for integrity, Corbynism is a direction of travel better than any we have seen in decades.

• Get behind the party leader

Jamie Reed, the MP whose resignation led to the by-election, and Troughton, the selected candidate, both wasted time and energy bashing Corbyn. In an open letter to Corbyn Reed accused him of ‘inject[ing] an unprecedented poison into our party’. During the 2016 leadership election Troughton tweeted a link to a New Statesman article calling Corbyn and his followers ‘catastrophic’ for Labour. All this can hardly have presented a united front or coherent message to Copeland constituents in the run-up to this year’s elections.

Lack of confidence in Corbyn and his ideology is also an organisational issue, inseparable from party bureaucracy. A recent report found that Labour HQ ‘mandated a purely defensive strategy for this election’ and directed most of their funding to safe seats. In this election it was a committee of three from the national executive who made the final decision on who should be candidates. People are calling for Labour to democratise and open up its national power structure, to get rid of stifling and intimidating rules and regulations and make sure new members are represented in decisions like this. Once the PLP have finished eating their humble pie, Labour needs to update itself so that it can go on the offensive.

In an area like Copeland it is crucial that the local branch uses social media to its full potential. The campaign in Keswick on the eastern side of the constituency shows what a difference this can make, where keen organisation, activism and creative use of social media won over 50% of the vote in a traditionally Conservative town.

Britain is Copeland, as well as Islington. The two have far more in common than they may realise, of course – cuts to public services are devastating whether its the loss of the only bus service linking small villages to the nearest town, or another round of pay cuts for London Underground workers – but there are also concerns specific to poor rural areas that must be addressed. We must find a clear and persuasive strategy on land management or we will all find ourselves underwater time and time again, farmers and environmentalists alike. Crucially, if we can offer farmers some form of reassurance on Brexit we may gain some support. If we do so there may be big electoral returns not only in Cumbria but across the UK, especially in Cornwall. Let’s use the energy and optimism we’re all still a bit tipsy on to modernise, democratise and get everyone on board whether they’re in Seascale or Streatham. Places like Copeland can’t slip through the net next time, and we can only do better if we’re all in it together.