Amidst the post-election chaos developing in the Conservative Party, a peculiar idea seems to be slowly gaining traction. In a recent article, Tory MP Robert Halfon called for the Tories to rebrand and rename themselves the ‘Workers Party or the Conservative Workers Party’ in response to Labour’s new successful ‘For the many’ mantra. Halfon even warned that such a change was necessary because his party are now ‘on death row’ having lost its majority.

Such an idea is not new and the Tories have made several attempts to park their proverbial tanks on Labour’s lawn to attract new working class voters before. In 2014, then party Chair Grant Shapps called for his party to be described as ‘The Workers’ Party’ as part of its brand and in his conference speech that year, David Cameron claimed ‘We in this party are a trade union too’. Will Theresa May’s Conservative Party take on this idea once again?

Of course it should probably go without saying that such an idea is preposterous and contradictory. The Tories have historically represented the interests of Britain’s ruling class and big business, using the hand of the state to repress the trade union movement with physical violence and draconian anti-union laws. Even without their contempt for organised workers, much of its parliamentary party tends to be filled by business people and party apparatchiks meaning any claim to be for or of ‘workers’ seems laughable at best. 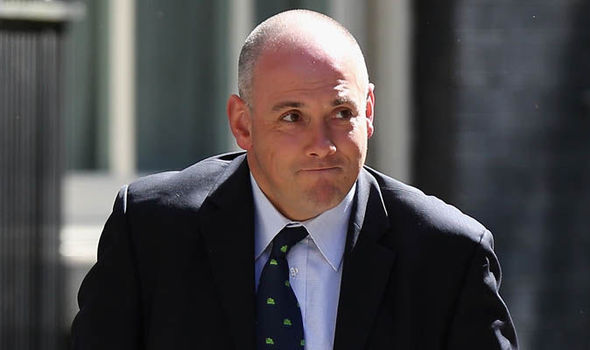 The Sun calls Robert Halfon a “blue collar Tory”, but he went to a
private school and has only ever worked in professional politics

Despite the gains seen in the general election, there were a few alarming results that might give the Tories reason to believe such a gimmick could work. For example, all six seats that went from Labour to the Tories in 2017 were northern, working class seats that had not gone Tory for many decades – Mansfield notably went blue for the first time ever. It is likely that these changes are due to some sort of Brexit effect given that they all voted leave, but they still point to potential in-roads for the Tories in former strongholds of the labour movement, even if this hasn’t happened to the extent that they had hoped.

Another cause of concern for Labour is the apparent shifts in voting patterns amongst working class voters. YouGov has recently suggested that the correlation between social class and voting intention was eroded in this election, with both the Tories and Labour nearly evenly split amongst ‘C2DE’ voters. The Tories in fact narrowly beat Labour by two percent in this group, although Labour beat the Tories by three points amongst ‘DE’s. This differs to many elections in the last 30 years where Labour has tended to lead on ‘C2DEs’, whilst Conservatives poll well with ‘ABC1s’.

It could also be the case that the Tories may gain inspiration from Emmanuel Macron’s recent victory in France. Far from being progressive, Marcon’s new ‘En Marche’ party has dressed itself in ‘centrist’ clothing and won a strong mandate to curb trade union rights and cut taxes for the rich. Indeed George Osborne –one the intellectual architects of David Cameron’s ostensibly liberal Toryism – has praised Macron’s win in the recent Presidential election and the idea of a total rebrand along this line might not go away. However, given the strong sense of preserving the status quo and promoting tradition that permeates the Tories, this seems less likely to wash amongst its grassroots.

On the other hand, the 2017 election certainly saw the Labour leadership make big pitches for being the party of workers. Corbyn used many of his speeches to create a clear sense of ‘us and them’ when he claimed the election was ‘the people versus the establishment’. Also, the final party political broadcast of the campaign was rightly praised by the left for the radical demands it made, including ‘we demand the full fruits of our labour’. There is no doubt that the manifesto and it’s clear aim to redistribute wealth from the few to the many was a turning point on the election, and the leadership should continue driving this narrative and keep pointing to the need to take-on the 1%. This is surely the only way to take on the Tories’ lame attempts of pretending to be pro-worker.

The Tories cannot and will not ever be a ‘Workers Party’ and their very existence is based on the ruling classes need to repress the needs, desires and self-organisation of workers to assert it’s dominance. A change of name or description would be a gimmick to try and appeal to blue collar workers who voted for Brexit and would likely be seen through as such straight away. However, their wider aim seems to be to find a way to capitalise on shifting demographics in the electorate at time when many of the social structures that have bound the labour movement, such as trades unions, are in decline.

It is therefore vital that socialists look to rebuild the labour movement in a way that brings all sorts of workers toward it, and it’s even more important that the Labour leadership tightens its claim on being the only conceivable party of workers.