It’s two years since the Greek “Oxi” referendum, in which the people of Greece voted to reject further austerity. I’ve honestly never witnessed anything like it – either in terms of the organization of the campaign or in terms of the party in the streets afterwards.

But looking back, I feel more worried than anything else. This was the moment of the most organised and deeply rooted left in Europe. Joint mobilizing committees formed in most neighbourhoods, holding daily rallies and marches around residential areas. There were Trotskyists and Maoists in the ruling parliamentary bloc. The Greek left was splintered and argumentative, but extremely organised and ideologically serious. It would bleed for the cause, and it knew in theory and practice what confronting state and capital meant. 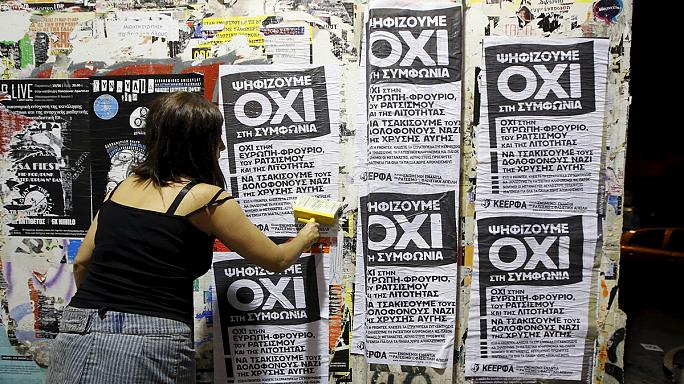 That force – massive and dynamic – was crushed by a serious of compromises from its leadership and attacks from international capital. Ok, our programme isn’t revolutionary (neither was Syriza’s) and the UK is a richer country. But if, as seems likely, we end up with a left-led Labour government in the next five years, what will we have done to prepare for the onslaught?

We’ve just about got to the point where people will go campaigning rather than just paying a few quid and clicking on a button online. Maybe they’ll start showing up in ward meetings too. But what comes next isn’t about understanding that you have to fight to win power in Labour, or even about winning elections.

It’s about power in society. Where are our massive social movements confronting bosses, landlords, cuts – and capable of holding the streets? Where are our grassroots union networks, our social centres, our networks of radical mutual aid, the areas of the capital essentially run by the left?

How will the people who’ve gone doorstepping for us react if international markets sabotage the British economy for years? Have we prepared the people who chanted for Jeremy at Glastonbury for the fact that, at some stage, they may only be able to withdraw 50 quid a day if the credit runs dry? If there is a very British coup, will they hold the streets?

And – perhaps most crucially, if the leadership crumbles to pressure or has a wobble, do we have a process by which to pull them back? At the moment we barely have a widespread understanding of the need, let alone a mechanism. In fact, things like Momentum are becoming even less oriented towards activist democracy.

These questions are not hyperbole – they happened two years ago to a left far deeper rooted, harder and prepared. We all like to think we are special and unique. But we aren’t really – the lessons are staring us in the face.