The success of the electoral campaign and Jeremy Corbyn’s continued leadership shouldn’t lead anyone to believe that there will be any respite in the ideological battle in the Party.

The right has already produced plans to increase their support on the NEC and Chuka Umunna’s amendment to the Queen’s Speech was primarily designed to stir up trouble for the leader’s office.

The right know they cannot beat Jeremy as leader so they will continue to frustrate the growth of left influence in other areas.

For their part, the left have to really think about the medium and long term plans. Briefly here are the key points:

1. The political strength of the Labour left

With so many new members there is little continuity both in organisational terms or in political education on the party’s left. When the previous generations of the left were reading radical economics, editing magazines and active in the unions, many of the new intake lack experience or any theoretical grounding. This isn’t to say there was a golden period previously of a highly educated Labour left, but there was a certain lived experience and general cultural political level which is usually absent today. Enthusiasm can only go so far. Do people know the political history of the movement, the nuances of the debates and the meaning of words? Many people described the 2017 manifesto as socialist when it is clearly social democratic at best — how can we be clearer about what we mean and have the intellectual framework to go further? 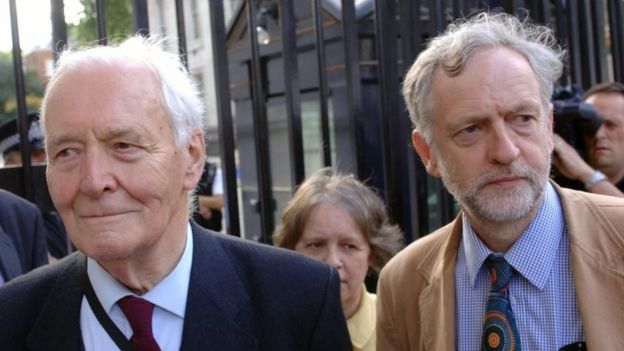 2. The key issue is to develop a political education culture across the party

In every ward meeting there should be political discussions — no  more apolitical meetings. Motions to CLPs should be designed around debate and educating members on politics and history. The often vacant position in the CLPs of political education officer is a good place from where to organise interesting meetings, lectures and discussion circles. In the 1930s there was the Workers Education Association (still going!) and the National Council of Labour Colleges (merged with the TUC), in the 1950s there was the ‘Brains Trust’ public meetings with Bevanite MPs and Tribune journalists that toured the country. These weren’t rallies, they were discussion forums to debate important issues. We need more like these.

3. This is related to the question of MPs

The difference between some of the older left MPs, veterans of mass strikes, picket lines, protest movements or international solidarity campaigns and some of the new intake is stark. Corbyn and McDonnell stand out precisely because they are activists in the wider movement, not stuck in the Westminster bubble. Getting the new left MPs out into the wider movement and building genuine working relationships with important campaigns and initiatives is important to keeping them grounded in the kind of progressive politics we need to see reflected in Parliament.

4. A lot of people are standing to be councillors

This can be a very mixed blessing. Labour groups on councils are whipped harder than the MPs, every speech, every media interview, every public appearance is tightly controlled by the leaders of the council group. People who speak out against cuts or even abstain on votes are suspended or even expelled from the Labour group — never to be re-selected again. Again, enthusiasm for representing your community locally only gets you so far — left councillors who want to be tribunes of the people and lend their political weight to campaigns and issues will have to think how to balance that with the tight party management style of local Labour groups.

In reality, the left cannot get very far as long as most of the party managers and bureaucrats are run by the old guard. How can the ‘staffers’ better reflect the new direction of the party? In addition getting elected to regional committees is absolutely essential, look at how the right dominated the selection process for election candidates at the 2017 general election.

If we can begin to piece together that Full Corbynism is — what a Corbynite  government would look like without any limitations imposed by the right it would appear to be economically a mildly social democratic, tax and spend Keynesianism; internationally isolationist; and liberal on social questions, apart from immigration. McDonnell has also talked about doubling the size of the workers co-operative sector of the economy (which is tiny), though that didn’t make it into the manifesto.

Of course this would be a breath of fresh air compared to the  neo-liberal austerity agenda of recent years but it is essentially very  similar to the 1992 manifesto and to the right on some questions to the SDP  manifesto of 1983 let alone the Labour Party one! With such energy behind the Labour left, shouldn’t we be more ambitious? But also shouldn’t we be more cautious of the claims made in the manifesto? It is fully costed  but that is predicated on economic growth at a certain level. If interest rates rise considerably then the government borrowing or investment might prove to be more expensive. The problem with a tax and spend manifesto is that tax is not a consistent pool of money, it can go up and down with market fluctuations. A potential economic crash after a left Labour election victory — a distinct possibility, would kill many of the spending pledges dead, leading to huge disappointment and disillusionment.

We need to start discussing these central issues now as a movement.

• Simon is co-secretary of Tooting CLP, a Clarion editor and author of a new book on the Labour’s history, A party with socialists in it (published by Pluto, early 2018)