Emily Parsons and Joe Davidson are the Youth Officers of Tooting CLP, in South London, and were central to setting up the Wandsworth Young Labour group. Speaking in a personal capacity, they told us how.

Joe: We were elected as the youth officers for Tooting CLP in October last year, when the left won a number of positions. We weren’t one hundred percent sure what to do with it, but discussions came out of the fact that the official Christmas do cost £30 and many young members couldn’t afford to attend. Lots of people said we should have events for young people.

Emily: We did say when we stood that we would have political education events. Of course that’s something often missing in the Labour Party.

Joe: So then we met up with other people nearby, particularly in Battersea, and it made sense to formalise this as a group. We put in an official application to the region for registration in January, and it took a couple of months, so not too bad.

Emily: Lambeth only just applied and have heard back already.

Joe: The key is probably keep phoning them! When we first set up a group it was Tooting but because we also had people in Battersea we registered for the borough, for Wandsworth. There was a Wandsworth AGM planned, to formally launch it, but it was postponed because of the election.

What kind of events and activity have you done?

Emily: In January we started doing monthly political education events. The first one was an introductory thing, it was pitched as “Fightback” after all the awful things that happened in 2016. We had Aydin Dikerdem [a Battersea activist just elected as a Wandsworth councillor], someone from Demand the Impossible [the youth wing of leftie NGO Global Justice Now] and a Picturehouse striker. It was packed. We built it through social media, including some paid Facebook advertising which I think was quite important. I’d guess a lot of friends of friends. We also made sure the two CLPs to send out emails. We followed up with meetings on the NHS and on the media, again with a range of speakers. 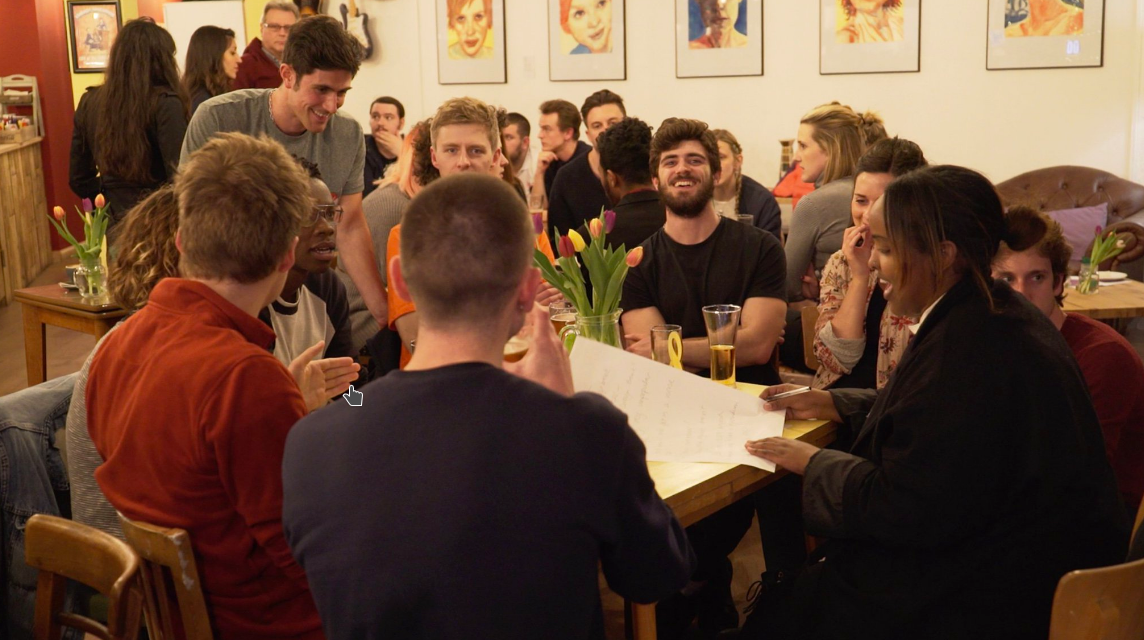 Joe: Then because of the election our next meeting was a sort of rally with some canvassing training thrown in. Rosena Allin-Khan, the Tooting MP, spoke at that. The best bit, as with our meetings generally, was the discussion. We split into groups and took policy areas, what might come up on the doorstep, how you’d deal with it.

Emily: I think the best response has been when people are getting something they can use. Our event on the media felt a bit distant, like the power of the media is a bit unbreakable, although that feels different since the election! On the other hand people like some political argument to do… We need to do more as a group, and now I think we’re set up to do that. We got a lot more contacts out of canvassing: I made an effort to grab people and get their details. I think we need more variety of events, perhaps film screenings, and some sustained campaigning. We might campaign around Picturehouse, which also links into demands from the manifesto like £10 an hour.

Joe: We did weekly youth canvasses in Battersea and Tooting during the election and got progressively more people. We’re now in a good position. Also, and this is crucial, our central core has expanded. That wasn’t the case before the election.

What kind of people are involved?

Joe: A problem is the group is not as diverse as it should be. It’s pretty gender balanced, but there are not enough BAME people involved, relative to the area. The first meeting was more diverse but not so much since. Also, though Young Labour is meant to represent all members aged 14-26, our group is dominated by university graduates in their 20s. These are areas we need to work on.

Emily: I think it’s quite hard to know how to appeal to lots of different people, for instance in terms of age, without failing to satisfy anyone. Again, perhaps the key is lots of different events. We can do it, people are up for more now.

Why do you think there are so few local YL groups, so far? Compared to the Labour left upsurges of eg the 1950s or 80s, it’s striking.

Emily: In my lifetime people have been quite apolitical, absorbed in making money or getting by, getting pissed at the weekend. Give up a chunk of your life for politics. Nah… And it was the Blairite era. I genuinely think a lot has changed with the election campaign. It may be that a real surge where a lot of young people becoming politically active is just beginning.

Joe: Going back a little further, before the Corbyn surges, were there enough people for local groups? And now we have institutional inertia. The Young Labour structures established in the 1990s and 2000s are not necessarily adequate for the kind of organising that needs to be done now, but it takes time to change them. One thing that helped us is that lots of people in our group were previously active, mainly at university. However, there will be lots of places where people don’t have activist experience.

Emily: Do you think people have got much politics from university? Are universities like that now? My experience was not great, at Manchester Uni there didn’t seem much going on while I was there.

Joe: I was at sixth form in London during the big student struggles in 2010, and we had groups from my school going to the demonstrations, so it was different for me. 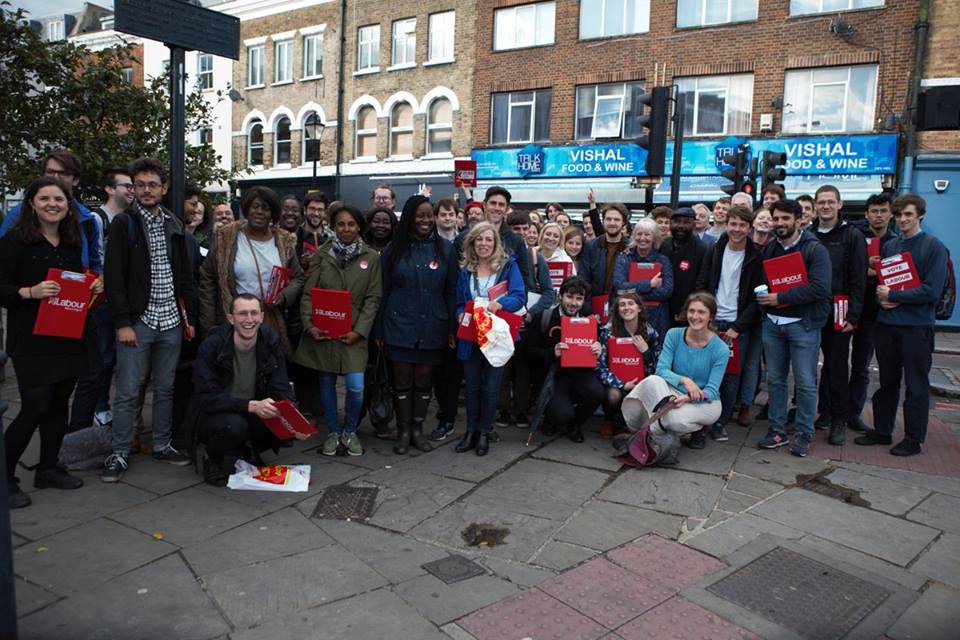 Out campaigning for Marsha de Cordova in Battersea

What encouragement could the Labour Party, Momentum and so on give to doing this?

Emily: Don’t we need a domino effect? Do it yourself and help other people do it. During the election I met people in Battersea from all over, nowhere near Wandsworth really, and now we have those links and can encourage others. We’re helping Lambeth, we’re here tonight to speak in Lewisham…

Joe: Momentum could produce stuff about how to do this but also why you should do it, why it’s important.

Emily: Or just help make it a thing. There are a lot of problems with the way Momentum operates nationally, but it has huge reach to a lot of young people. They could just put out the message.

Joe: It’s true, Momentum videos get seen by thousands. Of course Corbyn and the Labour Party itself could start talking about it too.

What’s your advice to people thinking about doing this?

Emily: Get a group together. We didn’t know each other when we started; we met through our Momentum group and went from there. Everything is less daunting when you’re in a group. You should share out responsibility and tap the different skills people have. One example, I knew nothing about Labour Party structures or rules, it was useful to have people who did. Or another, people have different interests for organising different speakers and meetings.

Joe: Momentum should provide model meetings, ideas for topics, formats, speakers you can contact. We’re lucky in Wandsworth that lots of people have contacts for speakers but for others it could seem more difficult.

Perhaps that’s something The Clarion could do too?