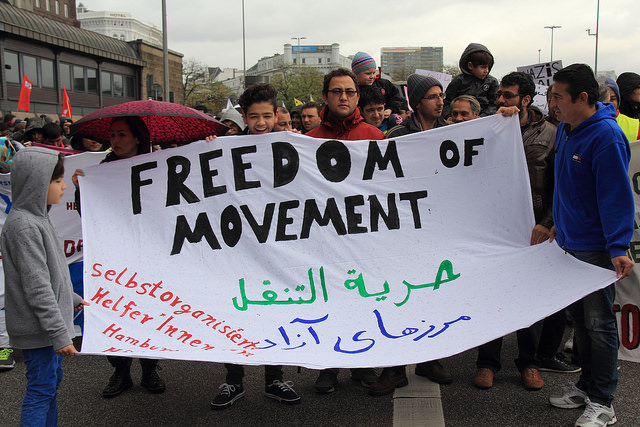 The following discussion proposal was submitted by Lewisham Momentum to the 17 June “Transform Labour!” event organised by the Grassroots Momentum network.

The Tories’ plans for a “hard Brexit” will mean the ending of freedom of movement for workers and others from the EU.

The dominant Leave campaign and the Brexit vote boosted hostility to migrants (and racism more generally), with the number of hate crimes rising dramatically. The Tory government, trashing the living standards of already-struggling communities while promoting foul anti-migrant policies and rhetoric, has stoked this fire.

Although the plan did not come off on anything like the scale they hoped for, Brexit sentiment strengthened the Tories across swathes of the North of England in particular, transferring half a dozen historic working-class Labour constituencies into the Conservative column.

We want Labour to campaign to, minimally, limit the damage of Brexit by defending free movement and workers’ rights — fighting racism and uniting workers and communities to win increased resources. The party has made excellent steps in this direction, but its apparent commitment to ending free movement from Europe is a step in the wrong direction.

We need to extend free movement, not limit it!

Strong, nationally-coordinated, grassroots-powered campaigns for Labour policies like a £10 an hour minimum wage, higher wages generally, banning zero hours contracts and tackling insecurity at work, strengthening our unions, building council houses and taxing the rich to rebuild public services can help unite workers of all backgrounds, undermine the basis of anti-migrant politics and win a majority for free movement.

That is the line the labour movement and Labour Party should pursue.

We need a Labour campaign for migrants’ rights/free movement,taking up the issue in the party nationally and locally and producing briefings and campaign materials for local parties and activists.