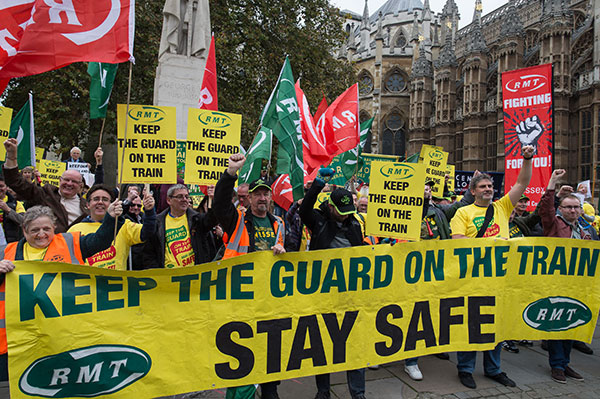 By a railway worker and RMT rep

Labour’s surge, in which thousands of people, many young, are being enthused and mobilised around left-wing politics, needs to find expression in the industrial labour movement.

Strike figures are the lowest since records began, and union membership is declining, after a period of stagnation (which followed an earlier period of decline). Combative, sustained industrial disputes like those of the Picturehouse cinema workers, Durham and Derby teaching assistants, BA cabin crew workers, or rail workers fighting “Driver Only Operation”, are exceptions. Significant victories, like that of LSE cleaners against outsourcing, are rare.

This is necessary, firstly, because reversing the decline in union membership and workers’ militancy is essential for rebuilding working-class power. Secondly, national campaigns of industrial action, particularly if linked to Labour policies, will help create an atmosphere in which it is difficult for the Tories to continue to govern. And thirdly, with the reform efforts of any left-Labour government likely to elicit a harsh backlash from capital and the state,we will require a more militant and better organised industrial labour movement to make even the relatively moderate policy platform of the 2017 manifesto a reality. 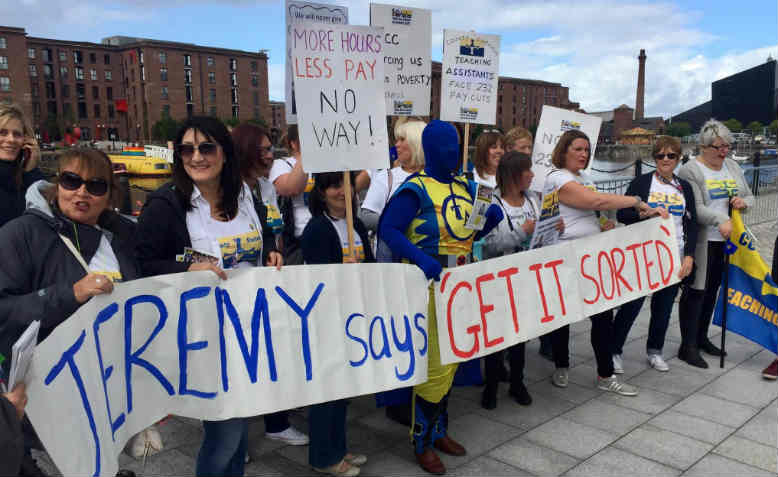 All local Labour Parties should take up some form of campaigning activity focused on workplace organising and workers’ struggles. Labour’s £10ph policy, which the Bakers’ Union have already been campaigning on in the fast food industry, provides an easy hook. CLPs should link with BFAWU branches to organise demonstrations, petitioning, and organising drives focused on fast food outlets.

Labour parties should provide active, material support for all industrial disputes taking place locally, visiting picket lines and fundraising for strike funds. Senior Labour politicians should make a point of visiting picket lines. Training and education for new party members should include a focus on organising at work, hooking activists up with union branches.

Labour must go beyond its manifesto commitment to scrap the Trade Union Act, and commit to repealing all anti-union legislation, and replacing it with a positive charter of workers’ and trade union rights, including a strong right to strike.