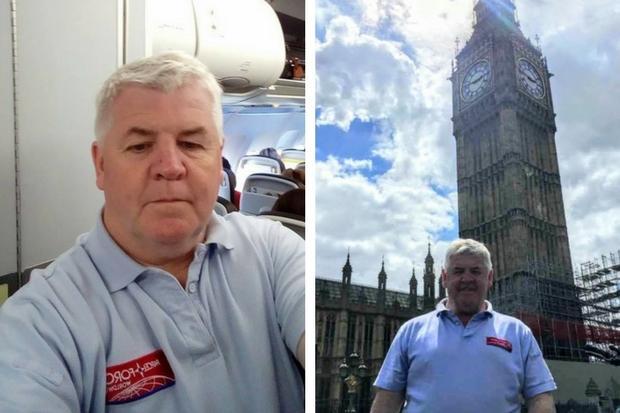 In the general election Hugh Gaffney was elected as MP for Coatbridge, Chryston and Bellshill, in central Scotland. Shortly afterwards he travelled to Parliament wearing his postal worker’s uniform. Hugh spoke to The Clarion.

At the time of my election I worked for the Parcel Force division of Royal Mail.

I’ve been a union activist with the Communication Workers’ Union and its predecessors for 27 years, and I’m CWU political officer for Scotland. I’ve always been active as a trade unionist and in political campaigning. Whenever there are marches, rallies or struggles, I’ve been there. I’m a socialist.

My campaign was very much about sending a working man to Parliament. People are fed up with the gap between rich and poor,they want to change society. My seat is Labour traditionally, the SNP borrowed it for a few years, but we have a strong Labour tradition,so I was hopeful we’d win it. What did it was a grassroots movement, bringing loads of people out – trade unionists, retired members, councillors, and particularly young people.

It’s excellent that young people are getting involved in politics, responding to the Corbyn phenomenon. It’s their future we’re fighting for. I’m honoured to be their representative. Young people fought for my campaign and I’ll be fighting for them.With issues like zero hours contracts, the lack of jobs, the lack of housing – the future looks bleak unless we change it.

Labour is starting to gain on the SNP because the SNP is a one trick pony. It’s all about independence. That is no longer the major issue. If you want to know who can form a government nationally and change things, it’s Labour or the Tories. People want to see an alternative to the SNP and unfortunately some of that goes to the Tories. But for those who want to change society it’s Labour.

Across the UK, Labour’s manifesto, Corbyn’s manifesto, obviously really struck home with people. It offered people hope. We need to get into power to implement it. With a bit more time I reckon we could have won the election. It was going that way in Scotland. We have everything to play for now.

As a trade unionist I’ve always defended workers’ rights, and that’s what I’ll be doing in Parliament too. Trade union rights are human rights. We need to get rid of the Trade Union Act as the first step in getting rid of anti-union laws. We need to get some strength back in the unions. If more workers can join a union they’ll see the strength they’ve got to in themselves to make changes. We need to stop the private profiteers and rebuild our public services. We need to stop the way capitalism is running this country, sucking out the money and keeping wages low, so we can give people better wages, hope and a better life.

More workers should put themselves forward as Parliamentary candidates. I think a lot of people feel it’s hard to find the time and commitment for politics when you’re working just to get by – but you’ve got to be hungry for change and go and do the work for it. Don’t let the negativity stop you.