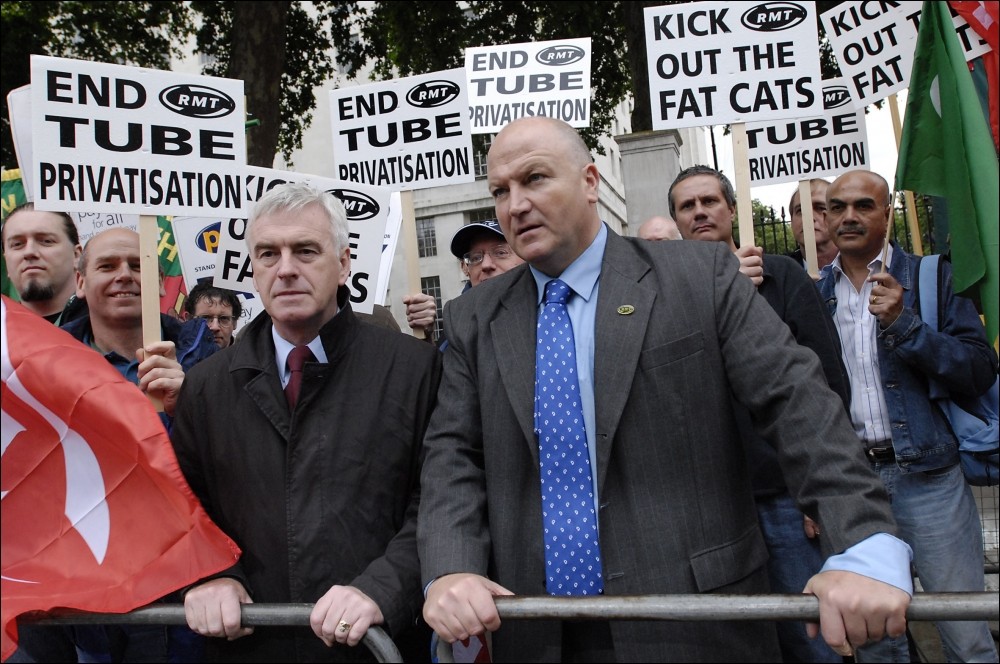 By a rail worker

Following the election, two branches of the Rail, Maritime, and Transport workers union (RMT) have called for the union to reaffiliate to the party, in emergency motions to the union’s AGM.

RMT, whose predecessor union helped found Labour, had its affiliation ended in 2004 after the national union refused to prevent its Scottish branches backing candidates of the Scottish Socialist Party.

The union has since been involved in a number of electoral challenges to Labour, but also retained links to the party via a Parliamentary Group composed almost exclusively of Labour MPs, which was formerly chaired by John McDonnell. RMT was a prominent supporter of Jeremy Corbyn’s leadership bid and subsequent re-election, and called for a Labour vote in the recent general election.

The text of the motions submitted is below. RMT’s AGM takes place from 25-30 June, in Exeter.

1) The highly commendable election result achieved by Labour with a pro-working class manifesto.
2) The inclusion in that manifesto of pro-worker pledges including, to scrap DOO, renationalise the railway, give every worker equal rights from day one, ban zero hours contracts, repeal the Trade Union Act, raise the minimum wage to £10 an hour and end the public sector pay cap.
3) The decision by TUSC not to stand in the recent election.
4) That the Fire Brigades Union, the only union to have actively disaffiliated from Labour during the Blair/Brown years (as opposed to having been effectively expelled), has now re-affiliated.

1) There is a struggle taking place within the Labour Party between those who want to continue the process of refounding it as a party for working-class political representation and socialist politics, and those who want it to go in the opposite direction. The general election result has massively strengthened the pro-worker side in that fight and it would help that fight enormously if our union threw its collective weight into the struggle by re-affiliating.
2) Union affiliation to Labour should not imply passive support, but active engagement that seeks to continue the radical transformation and democratisation of the Labour Party, both structurally and politically.

1) Re-affiliating to Labour would not mean compromising our political independence. RMT would retain its own policy and decision making structures and would be free to adopt and campaign for its own policies, even where these differed from Labour Party policy.
2) It is clear now that the strategy of pursuing electoral challenges to Labour in the context of the recent general election result with a pro-worker manifesto of a Corbyn-led Labour Party and the political struggle taking place within it is not viable.

1) To call on the AGM to seek our union’s reaffiliation to the Labour Party.