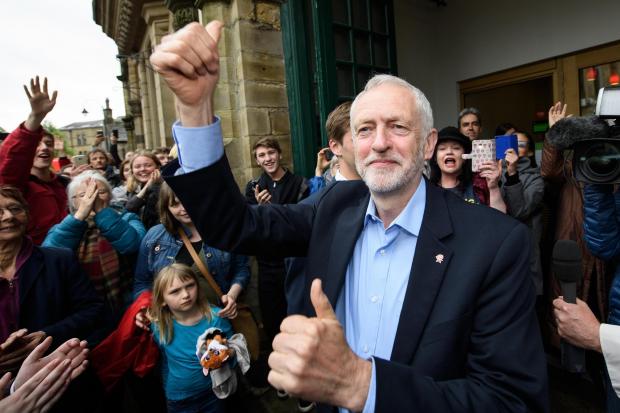 The election result was a huge victory for the social democratic politics of Corbyn, writes Stuart King.

While the Tories technically “won” the election we can’t overestimate the defeat inflicted on them and in particular Theresa May. She promised “strong and stable government” not a “coalition of chaos”, but has produced a fragile government dependent on the protestant sectarian DUP, and with a PM living on borrowed time in her own party.

May held this election in the belief she would win a massive majority of 70-100 seats, or maybe more. The political establishment, the right wing of Labour and the opinion polls all backed her in this. Corbyn was “unelectable”, the LP divided, the Brexiteer dominated north of the country would vote for May in droves, along with the former UKIP voters etc etc.

Such was the strength of this media and establishment narrative that when the Exit Poll came in on election night the Tories remained in complete denial, “it couldn’t be right”. Indeed it was – the Tories ended up losing 12 seats, having no overall majority and a hung parliament. Labour meanwhile achieved a 10% swing, gained 30 seats and 40% of the vote – only 2 or 3 points behind the Tories. The media remains in shock even on the day after.

The right in the LP are now trying to put this victory down to an “incompetent” Tory campaign – trying to belittle the importance of Corbyn’s politics and the Manifesto pledges. Theresa May’s campaign was not so much incompetent as over confident. Lulled by the view that Corbyn was unelectable she adopted a Manifesto that just added further austerity measures – the withdrawal of free school meals, means testing Winter Fuel Allowances, the Dementia Tax.

Corbyn meanwhile launched a Manifesto that promised real change, more funding for the NHS, a minimum wage of £10 an hour, an end to the public sector pay freeze, abolition of tuition fees, restoration of the Education Maintenance Grants and much more. While the Tories promised to cut taxes for big business and the rich even further, Labour’s Manifesto promised to pay for the anti-austerity measures by raising taxes on the wealthy.

The launching of this Manifesto dramatically changed the nature of the campaign. Up and down the country tens of thousands turned out at Corbyn rallies and electoral hustings. Not only were the tens of thousands of LP members inspired to campaign hard but so were hundreds of thousands young people and students up and down the country, helping to win the votes of millions of workers who saw a party offering to end to austerity. It was this that delivered the “Corbyn Surge” and we should not let the right in the LP forget it.

Where do we go from here?

The attempts to oust Corbyn by the right of the party have been silenced for the moment. Suddenly the critics are grudgingly admitting it was a good campaign. But already Mandelson is popping up saying it was not good enough – to get into government “we have to win over the Tory voters” – Corbyn has to “reach out” to bring the right back into the shadow cabinet of “all the talents”.

The left in the party must stand up and assert just the opposite. The Corbyn surge was a result of openly socialist policies which mobilised hundreds of thousands into political activity around the election. It is not just the “left behind” who are fed up with the way things are, but the workers suffering declining living standards, the young professionals paying exhorbitant rents, the claimants being hunted off benefits and the middle classes priced out of the housing market. This is the alliance that has had enough of Theresa May’s politics.

It is this alliance that must be drawn into organised campaigning at the grass roots of the LP, not to wait for another election but to mobilise against every austerity measure that this weakened government tries to impose. It means fighting cuts in the schools with parents and teachers, striking against the wage freeze across the public sector in united action, campaigning for the £10 hour wage work place by work place, occupying the Universities against tuition fees and rent hikes, blockading Theresa’s mate Donald Trump when he arrives in the autumn.

Inside the LP the right have been proved completely wrong arguing that radical policies will alienate voters and in saying that Corbyn is unelectable because he is too left wing. The left in the party must consolidate its victory and its control of the party so that never again can right wing MPs, out of touch with the members and voters, try and hold the party and leader to ransom with their threats to split the party and sabotage elections in the media.

The 2017 general election has changed the political argument in the country. We must now make sure that socialist policies and principled socialist politicians are embedded at every level in our party.