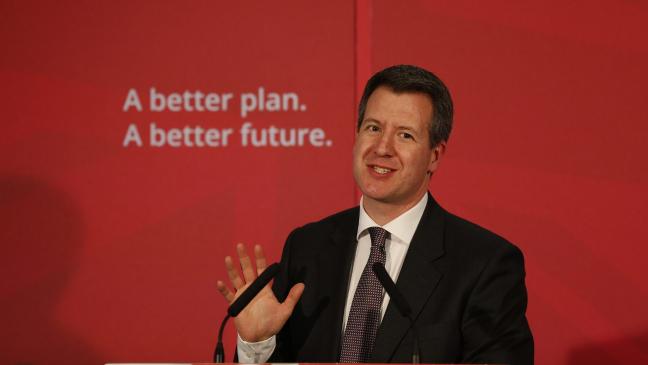 Most right-wing Labour MPs, including many professional Corbyn-haters, have remained silent or even in some cases eaten their words since the election result. Not Nottingham East MP and former Shadow Chancellor Chris Leslie.

Leslie claims that Labour missed an “open goal”, saying that he’d “never known a more beatable Prime Minister”. He also implied that Corbyn’s Labour cannot do better in future: “we may well at the next general election get another 262. We can pat ourselves on the back about that…”

Of course on one level it’s literally impossible to know how Labour would be doing with a different – more right-wing, New Labour-type – leader and program. But the evidence suggests that Leslie’s rant is just as stupid as it sounds.

See here for a range of historical comparisons which make Labour’s achievement on 8 June even more astonishing. Jeremy Corbyn’s Labour won 12.9m votes, only 0.6m less than Blair did in his 1997 landside and apart from that the biggest Labour vote since 1966. It achieved the biggest proportional increase in the Labour vote between two elections since 1922, gaining almost as many percentage points as Attlee’s party did in 1945.

This was achieved on the basis of a huge growth in party membership (now soaring again) and a huge surge in youth support, both of which are clearly everything to do with the new model (or incipiently new model) Labour Party.

It was achieved despite a wild campaign of press denunciation and vilification. Remember that Blair got his 43pc in 1997, only 3pc more than we got this time, with the explicit endorsement of the Sun! Moreover, it was achieved after Corbyn has been in the leadership less than two years: two years dominated by virtually relentless attacks on the leadership from the Parliamentary Party and the party machine.

It was achieved in the context of, and against, the shift to right in politics begun by the Blairite project and then accelerated by the failure of the Labour movement to fight austerity, the subsequent rise of UKIP, the referendum and the Brexit vote.

It contrasts with fifteen-plus years of decline on pretty much every measure under a series neo-liberal leaders – all of whom Leslie supported.

There is much evidence, none of it cast-iron but strong evidence nonetheless, which suggests that Labour’s (mainly) left-wing manifesto was a key factor in starting to turn the tide in this election. But it’s not impossible to imagine a right-wing leader, party regime and manifesto, Labour could have revived somewhat. The key point is that it would have revived against much less daunting opposition – and with radically less point from a left-wing, labour movement point of view. Revive for what purpose?

In fact, though, the evidence from similar parties to Labour in other countries suggests otherwise. Look at the French and Dutch social democratic parties, both so recently major forces and both on 6pc of the vote in the last elections. Look at the Irish Labour Party. Look at what happened to Pasok in Greece, and look at what is happening to Syriza now it has capitulated and become a second-line Pasok. There are many other similar examples.

Lastly, just as we were about to publish this article, a new poll came out: 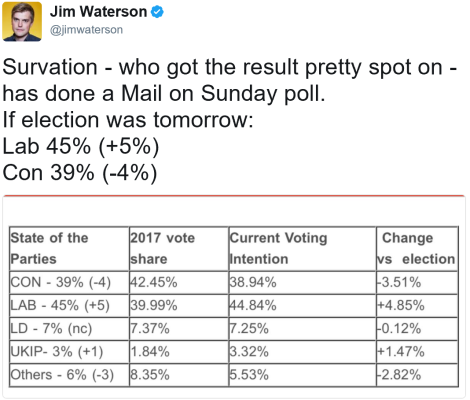 Of course we should not expect Chris Leslie – a minister under Blair and Brown, an organiser for the Blairite demolition of democracy in local government, a Shadow Chancellor who positively endorsed austerity and a professional opponent of Labour members’ right to decide their party’s direction – to let himself understand any of this. The sooner such people are removed as Labour Party representatives the better.