It turns out this figure was not true! But as we write this correction, several tens of thousands have joined Labour. The basic point still stands. 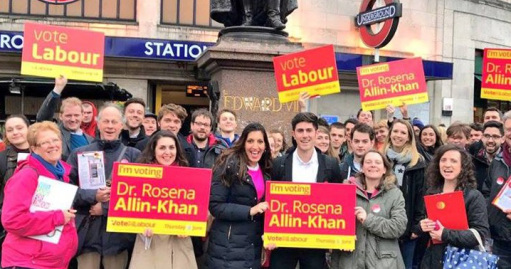 This is, obviously, absolutely fantastic news. But the key thing is for the membership, old and new, to get active and organised:

• Local Momentum/Labour left groups and CLP caucuses should meet, advertise their meetings widely to draw in new people and make plans for work in branches and CLPs.
• We should argue for Labour Parties to start public campaigning for the party’s left-wing policies immediately; and organise campaigning ourselves where it is blocked (eg if through CLP not possible, then through branches, or Momentum groups…)
• We need to get organised for remaining elections for Labour Party conference delegates, for democratic rule changes and for policy resolutions.
• Crucially: we need to build active local (ideally constituency based) Young Labour groups everywhere. This could be the most important thing we can do to guarantee the continued transformation of the Labour Party and revival of the labour movement.

If you want help or advice for any of these things, or to make suggestions for the way forward which we can publish, email us: theclarionmag@gmail.com