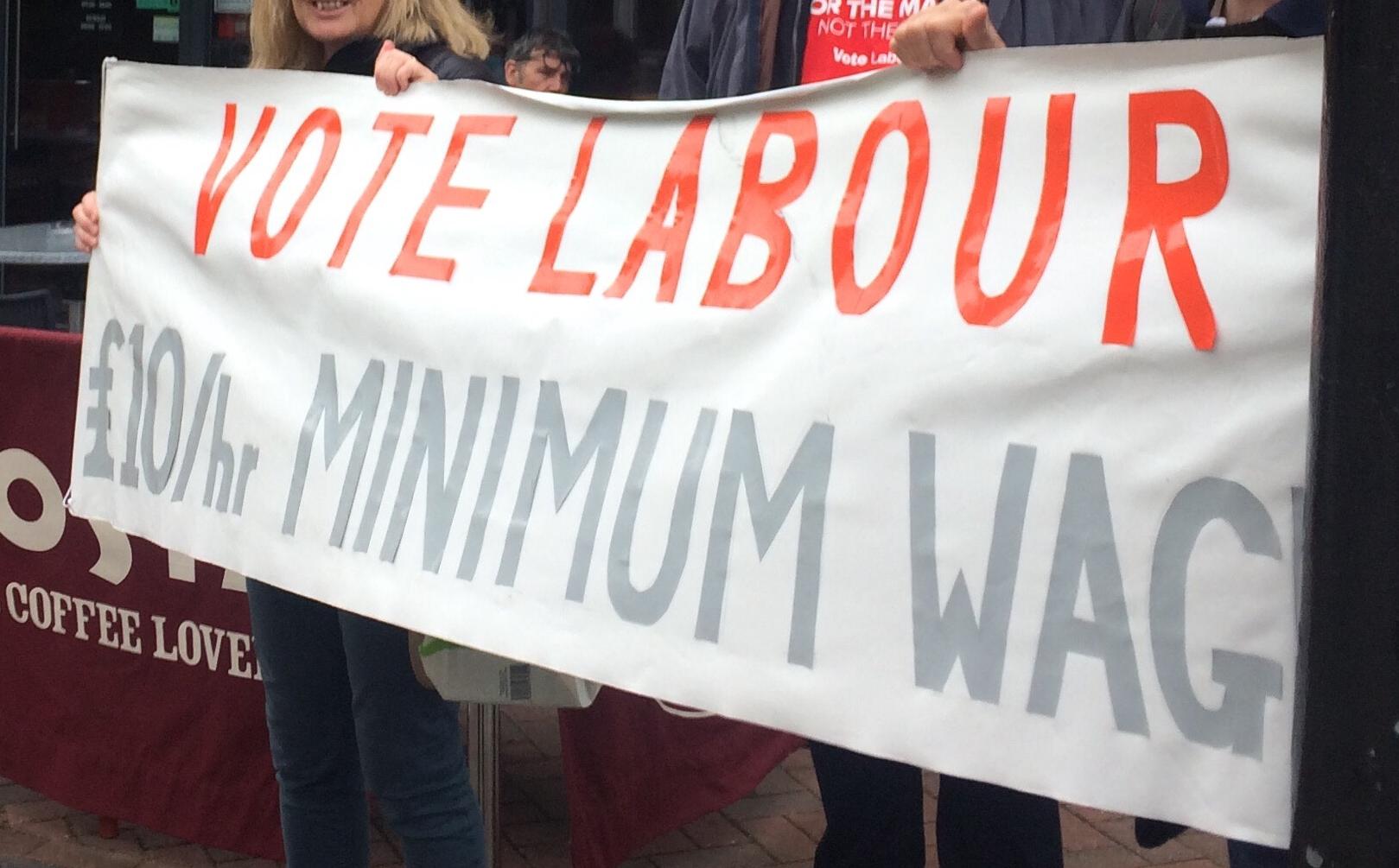 An exciting campaign. I’ve met some really interesting people – people active as young socialists in the 80s, people in their 70s and 80s who are reinvigorated, and students and young people getting involved for the first time.

I took two first time canvassers out today and we talked politics on the way and on the doorstep. Out in the posh suburbs where the Tory vote comes from in our marginal seat today and we had lots of Tories wavering. We had a fair few long term Tory voters and a few UKIP voting Labour, including one woman who said, “I’ve voted Tory all my life but I’m voting for you lot this time. Give me a poster”.

Ask people what they think about cuts to schools and hospitals, what labour are saying about this or renationalising rail, or tackling poverty pay and the wealth gap and you’re off!

Selling Clarion while canvassing and talking politics is easy. Sold lots and got lots of campaign volunteers at a Bernie Sanders meeting last night, but weirdly i got more of a feeling of enthusiasm and change in the estates and even out in the leafy burbs this week.

Not long left. Fill your boots. You’ll have some interesting conversations and who knows, we may kick out a lot more Tories than we expected a few weeks ago.

I had arranged Ian Hodson of the Bakers’ Union up to speak in our election campaign today, along with Gareth Lane, their Fast-Foods organiser. This came shortly after a 150-strong meeting with Mark Serwotka on Saturday.

The day-time tour of fast-food outlets we did with Ian, along with touring Beeston with our £10/hr minimum wage banner, was excellent and identified some really good, punchy fighters at various chains.

It was moving too. I have never talked with so many desperate or dejected workers in a short period of time. At the same time, there some fantastic responses. At one restaurant, one wonderfully enthusiastic worker there made sure all 18 on shift signed our petition. (There are apparently 80 workers at that branch. It is the employment equivalent of a small factory!)

We walked down Beeston High St with the banner shown. Everyone was having a conversation every 2 or 3 minutes. Care workers, university staff all coming to us and telling us how hard their lives are. All on minimum wage.

The saddest and most moving exchange was with a woman in a shop in a profitable chain on the High Road. She had been evicted from her home for rent arrears. She was living in serious debt, working the only way she could on a 16 hour contract on the minimum wage. She was sleeping in a single room in one bed with her son.

When asked what she would do if she had £10/hr, she beamed and said “I could take my son on holiday”. A number of similar.

All of them hated the Tories, some were very angry, some bitter but all good humoured and decent people. I didn’t come across any racism or sexism. None would ever vote Tory. Not all were registered. None knew of Labour’s £10/hr policy. I guess we only talked with 40 people. I think we motivated all who could vote to vote Labour.

But this is not just to get votes, this is to give these people what they need, want but are denied.

Talk to everyone, wherever you meet them. Don’t be embarrassed. People want someone to care! If they are dejected about anything it is that no-one politically has cared for a long time.