Defending a 16,000 majority, John McDonnell is in no danger of losing the seat but going out and talking to people across the constituency has been a good way to gauge the support for Labour and it’s current leadership.

The CLP is not the biggest and including the launch event for the local campaign we’ve not had a canvass bigger than 37, despite this we have been active, out several times a day and spoken to thousands of constituents.

Hayes and Harlington is a predominantly poor and working class constituency with a growing migrant population. Heathrow is the largest employer and many workers still work in various manufacturing and warehousing jobs in Hayes and other parts of West London.

The area voted to Leave in the EU referendum but I have only discussed Brexit with one voter so far!

Overall the previous canvass data is pretty good, most people are staying with Labour who have previously and personal support for John McDonnell, who many people know from local work is very high.

Some voters tell you how much they dislike Corbyn but almost all of these were previously hostile to Labour under Brown and Miliband. Before the manifesto came out lots of people wanted to know what Labour would do in Government beyond £10 per hour minimum wage Investment in the NHS. The manifesto launch helped give us all a bit more to talk about but the reality is that most people don’t want to have long chats on the doorstep.

John has joined us for most of the sessions we’ve done, including travelling back from Manchester and Bradford to join us. Several local
councillors have also done a lot of campaigning with activists however mostly being the longer standing members from across the community.

The growing Somali population seem to be broadly behind Labour and we have been out with Somali CWU reps from Royal Mail who have been very active in the campaign.

We still could do more to encourage new members to join us and do more converted ringing and doorstepping Labour members to get them to take part. Creating more activists and being ready to campaign straight after the election will also be important.

The election address will go out next week and we haven’t done a lot of leafletting as the campaign prioritises doorknocking and speaking to people. The only material we use is a simple letter from John with a few key bullet points on what Labour has promised to do on investment in the economy, the minimum wage and nationalising the railways. All of these were produced before the manifesto. I hope the election address due out next week will have more substantial policies included. Unlike other campaigns we are not shying away from the leadership and the importance of what the change in the party represents.

Locally the big issue is Heathrow Airport and dependent on the area and people’s employment the proposed third runway is controversial. John McDonnell is absolutely right and is supported by the majority of local party members to oppose its expansion while fighting and defending the jobs that do exist there. Unfortunately it is one of a few issues that two of the major trade unions in Heathrow do not agree with. 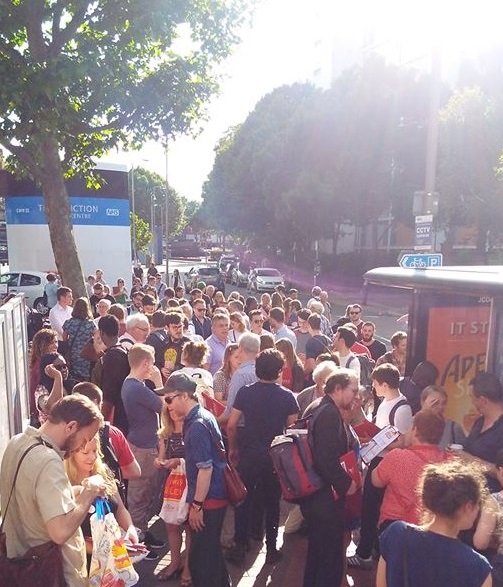 I don’t know if this is the case across the country but very much in contrast to 2015, I am coming out of every doorstep session feeling positive, thanks to the reaction we are getting on the doorstep and the quality of the conversation and the fact that once the debate started, people were more positive.

Last night: speaking to a young mum who told me she knew nothing about politics and votes SNP because her mum tells her to. I asked her if there was anything she would change about society and she answered less bullying in schools. She has a disabled sister and she’s having a terrible time. We talked about school funding cuts and teachers at breaking point. Then she brought up the cap on child benefit. She’s expecting her third and is worried. We talked about the financial insecurity she faced when her partner only had work on a zero-hour contract but how she didn’t realise that was a thing that could ever changed.

We talked about her mother who has arthiritis in her back and still works to support her younger sister. Anyway, this amazing woman is voting Labour, her family are voting Labour.

Its hard to write this in a way that doesn’t make it sound like its for a speech or a PPB but this is one of a hundred conversations I’ve had with people desperate for things to change. Let’s hope (fight to ensure) they do.

On 1 June, RMT members and others leafleted at railway stations, asking people to vote Labour to get the railways back into public ownership. We have never been able to give out a leaflet promising that before – since John Major’s Tory government privatised British Rail in 1994, the Labour Party has refused to commit itself to renationalising it. I was leafleting with several others at King’s Cross station this afternoon. I got no opposition or abuse, and though a lot of people just walked past, many took the leaflets and others declined, saying “It’s OK, I’m voting Labour”. You do not get the conversations with people rushing to and from trains that you get on the doorstep, but my overall impression was favourable. And seeing RMT activists enthusiastically campaigning for Labour, after years of alienation and disillusion with the Party, shows one way in which we can rebuild a strong, political labour movement.