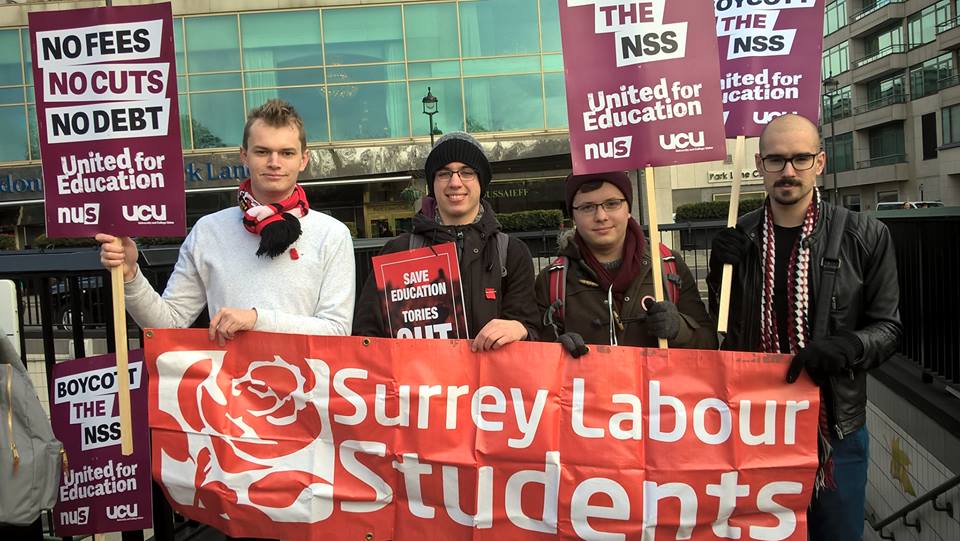 On Saturday 27th May, Labour Students held a ‘Transitional Conference’ to elect national officers for the coming year. All Labour Clubs were invited to send four delegates, as per the new constitution. Surrey Labour Students is one of such clubs and they elected and submitted their delegation in the proper and timely manner. A few days later, we were contacted by the National Secretary. Instead of confirming our delegation and providing further details about the conference, he ranted and raved about our club’s affiliation to NCAFC. The e-mail suggested we had violated the new constitution by affiliating to a rival organisation to the Labour Party. Following this, our club was barred from voting at the conference.

We dispute the accusation that NCAFC is a rival organisation to the Labour Party. Many NCAFC members are also Labour Party members and they do important work in their Labour Clubs, Young Labour groups and local parties. NCAFC welcomes the Labour Party’s recent commitment to scrapping tuition fees and restoring maintenance grants and many members will be campaigning for a Labour government in the coming days.

Nevertheless, we are concerned by the implications of this accusation. We believe the Labour Students office are trying to find grounds to refuse our delegation and even remove our club. This is a political attack against the left that has been seen across the Labour Party, with thousands of socialists expelled without the right of appeal. A reason given for expulsion was being associated with socialist organisations such as the Alliance for Workers’ Liberty or Socialist Appeal. Others have been expelled on spurious grounds such as retweeting a tweet by the Green Party. We don’t believe the Labour Party membership should be decided by a historically right-wing, undemocratic central office, with the ability to expel and discipline members that they don’t like. Instead, we want to transform the Labour Party into a member-led, democratic party where political differences are sorted through debate and democratic votes.

If we don’t challenge the sort of expulsions described above, we may soon see Labour members expelled on the grounds of being an NCAFC member. The logic of the purge is to, step-by-step, shut down left-wing members’ ability to organise with each other, to cut left-wing voices out and, where that’s not possible, to chill them into silence.

NCAFC has worked tremendously hard to contribute to the acceptance of free education by the Labour Party. We must stand up and defend this most central idea. We want NCAFC and Labour to work together to achieve a common goal: a free, liberated, accessible education service for all.

From the NCAFC National Committee:

We are appalled to hear about the spurious and unfair attacks made on you by the Labour Students leadership for your involvement in the National Campaign Against Fees & Cuts. These attacks are obviously politically motivated. The current Labour Students officers oppose the campaign for free education and they oppose Labour’s welcome manifesto commitment to it and other left-wing policies. Rather than contesting their political opponents in open debate and democratic decision-making, they are clutching at straws, trying to use bureaucratic means to cut them out, denying their right to a voice and a vote.

We offer you our solidarity and support and look forward to continuing to work with you and the many other Labour members who are part of NCAFC, in the fight for free education.