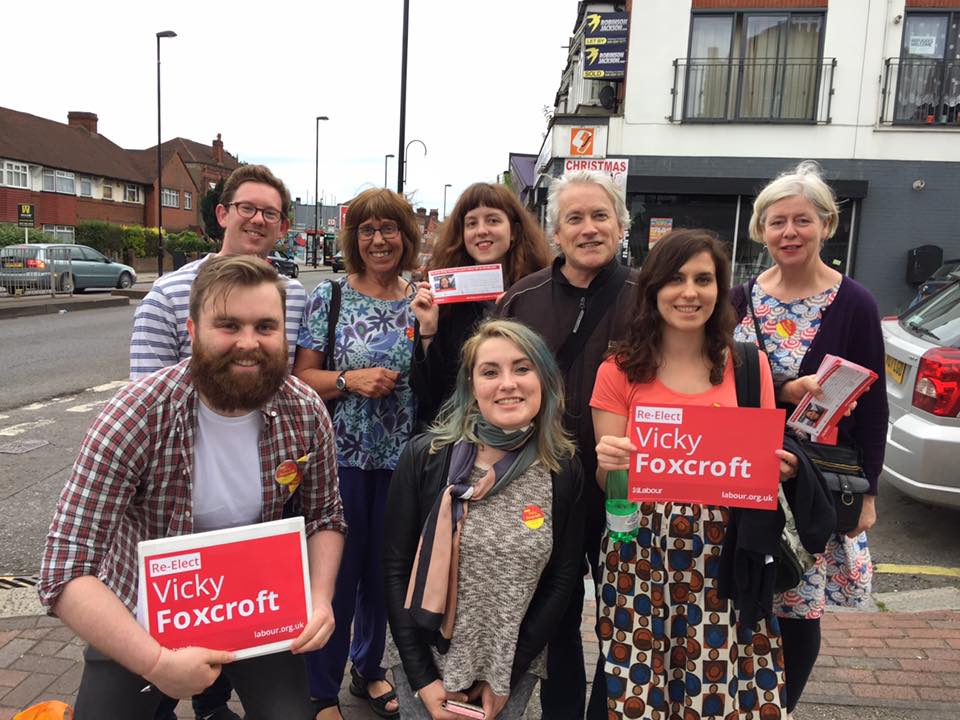 We’ll be publishing regular short reports from Labour canvassing and campaigning. Please email theclarionmag@gmail.com to send in yours. We can publish with your name or anonymously.

Since the announcement of the general election, I have done several canvassing sessions in my ward (Grove Park, in Lewisham East). My constituency is a safe Labour seat, but my ward, and the one next to it (Downham) are the least safe areas in the constituency. We are on the edge of London, and have a greater proportion of ‘white working class’ voters, who are more in favour of Brexit than much of the constituency.

Initially I found that I was getting quite negative feedback on the doorstep, with a number of people saying that they do not care about public services, and that they would vote Tory where they had previously voted Labour. They said this was because they felt that Theresa May was more likely to get Brexit ‘sorted’, so that we could have our ‘liberty’ (from the EU). Some even said they may revert to Labour once Brexit is over.

I have found that since the draft manifesto was leaked, and even more since the official manifesto has been published, that voters are far more sympathetic to Labour. Last night was the most positive session yet, where despite the pouring rain, a number of previous Tory voters were keen to engage in discussions about the manifesto. They were worried about public services, but concerned about how Labour would pay for improving things. On explaining that tax increases would be for the top 5%, many felt this was a good way to fund things, and about time really. Scepticism about Corbyn, seems to have been diminshed by seeing the policies he is proposing in black and white, some commented that if this is what he is standing for then, they would vote Labour, even thought they were unsure about him personally.

In terms of the people canvassing with me, it has mainly been the old established right wing of the Labour Party. The first session I went on, there were a couple of new members, who have been active in the Party lately. However, I do think they were put off by some of the negative comments on the doorstep to start with. Day in day out it has been the same old faces, including the councillor and the sitting MP. The newer members were more numerous at the Momentum organised canvassing in our local marginal seat in Croydon, and I am aware that more Momentum members are active in our neighbouring constituency, where there is a larger and more established left caucus.

The right wing have focussed mainly on the local reputation of the sitting MP, and focussed on local issues rather than national policies. That said they have been campaigning hard and consistently to win votes, though from a different perspective. I haven’t found much pressure from the person ‘on the board’ to be brief when talking to voters, or much in the way of negative comments from the other canvassers. It is true that I tend to spend longer in conversations with voters than others (more so, as I’ve got used to canvassing), but I don’t feel criticised for that, though that may be because it’s apparent that I am convincing soft Tory voters. These are normally marked down on the sheet to be followed up with further visits or phone calls to enable discussions to continue.

It’s been an interesting and enlightening day today. Raising awareness of the tragic human cost of the cuts on disabled people, the importance to register to vote and take part in the upcoming election down in Lewes. The day began at Victoria Station meeting Maggie and with Cuts Kill placards spoke to dozens of passengers on the station concourse on asking if they were registered to vote and vote the Tories out on June 8th. They could not miss Maggie’s large placard with a plastic meat cleaver attached with cuts kill in red. People stopped to talk to us and we handed out leaflets on the benefit cuts and why the election is important to disabled people.

We spoke to station staff, train drivers, shop assistants, students, pensioners, mums with babies in buggies.Getting on the train we handed out lots of leaflets to passengers telling them about the tragic human cost of austerity and the importance of voting the Tory government out. That they were guilty of grave and systematic human rights violations towards disabled people under the United Nations Conventions of the rights of disabled people. We had one abusive passenger, but we calmly debated the issues on privatisation, on schools, on tax avoidance, homeless, food banks until he got off the train.

When we got to Lewes Station out came the placards and we walked through the station with them asking people if they were registered to vote and telling them to vote the Tories out. Lewes did not know what hit them! We met our friend Nichole and set up the benefit deaths banner with all the names near political tables for shoppers and members of the public to see, and see they did, so many stopped, took leaflets and had discussions with us. We talked to disabled people, grandparents with grandchildren out shopping, students, market traders, school children, so many many people we lost count. We handed out approximately 800 leaflets today. I did not think we would hand out any. People took pictures of the banner. Many had tears in their eyes. Many thanked us for being there and told us to keep up the work we were doing.

Maggie and I walked through the market shouting out cuts kill and handing out leaflets. We talked to every trader in the market, all of whom were not voting Tory and did not like them. They took pictures of us with the Cuts Kill placards.We had lunch and leafleted the cafe, we spoke to families, shoppers all manner of people while having their lunch. They wanted leaflets, asked questions about Maggie’s placard and we had lots of interesting and illuminating debates.

We walked through the town shouting out “Tories Out – Cuts Kill – Make June the end of May”. We were knackered but energised by the cars hooting support and thumbs up and well done. On the train going home we did more leafleting asking every passenger, the on board supervisor on southern were they registered to vote. Meeting more passengers at Gatwick Station who came on and came up to speak to us when they saw Maggie’s placard who wanted pictures and took away leaflets. It’s been a knackering day, but worth it. I thought we would be chased out of Lewes and met with aggression, but we were treated with courtesy and dignity and left with many thanking us for coming down.