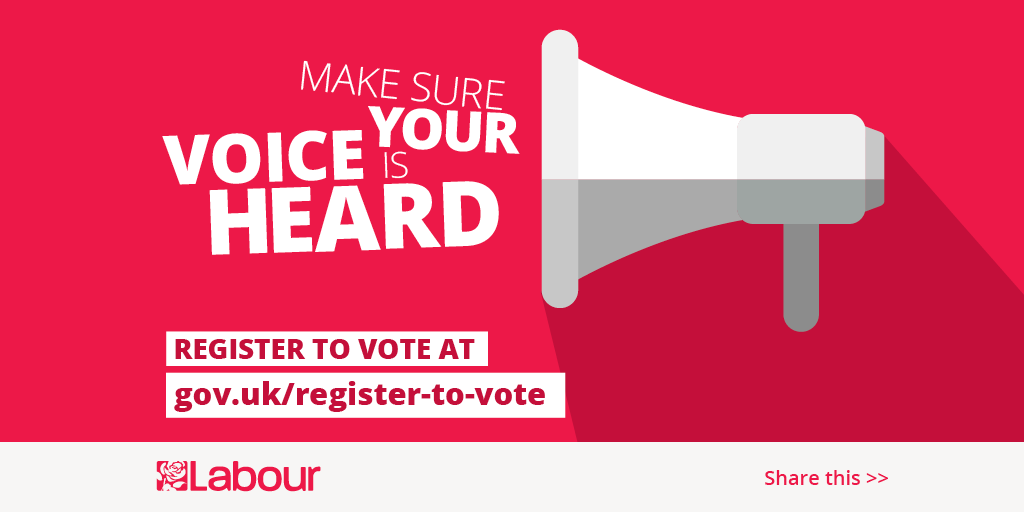 But how do activists understand and explain this, to themselves? For Labour activists, at least, for socialists, it is quite straightforward. We think of our project as being about providing a voice for the silenced, being tribunes of the oppressed – that nation of the downtrodden whose foremost part is the organised working class, and the young who haven’t yes made their peace with the wrongs of the world. So if our voter base relies on the less well-off and the young, then that makes sense to us. It’s our vocation to mobilise those people and raise their voices, because we have a worked-out understanding of why they are the agents of the changes we want.

If you are a Tory activist and you are keeping quiet about voter registration as a matter of policy – and it will be a matter of policy, because the facts I’ve stated above are no secret – you’d have to explain that policy to yourself and feel it to be just. Through what justification might you feel it to be right? You’d have to be sat there in a meeting or at your computer going, “Yeah, keeping new voter registrations down is the best thing to do for the country.”

The only justification I can think of is the traditional argument against mass suffrage: that government is a specialised activity and only people with a certain amount of comfort and leisure and/or “a stake in the nation” (i.e. land or capital) are responsible and wise enough to take part in it. Anyone else, who toils or doesn’t own anything, or moves around, or is young, shouldn’t be let into the business of politics because they’d only fuck it up for the grown-ups.

It’s not news that Tory politics relies – at some level – on this idea. But I find it interesting to reflect that in order for the Tories to have a policy of not campaigning for mass registrations, lots of their fairly-junior activists would have to think a version of this argument pretty consciously, and feel it to be a justification of what they’re doing.

Anyway, here is the argument being put by Cromwell’s general Henry Ireton, who was a participant in the Putney debates during the English Civil War, on the side of parliament but an oligarchical parliament that only landowners could vote for:

“Men may justly have by birthright, by their very being born in England, that we should not seclude them out of England, that we should not refuse to give them air and place and ground, and the freedom of the highways and other things, to live amongst us… That I think is due to a man by birth. But that by a man’s being born here he shall have a share in that power that shall dispose of the lands here, and of all things here, I do not think it a sufficient ground.”