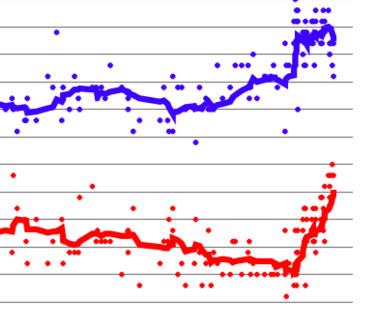 To read parts of the capitalist press you’d think Labour’s general election manifesto was an updating of the Communist Manifesto or the Transitional Program. The Evening Standard editorially apologised to Corbyn for ever doubting he would produce what it calls a “radical socialist alternative”. In case the reader missed it, the Standard repeated: “Labour is offering radical socialism”. A few days later its front page headline was “Comrade Corbyn flies the red flag”.

In fact the manifesto is largely within the political “space” of traditional social democracy. If carried out in full, it will leave Britain in many respects less social democratic than it was until after Thatcher won her third election victory. (Compare the 1983 manifesto and you will see it was substantially more radical.) But to focus on the limitations would be very much out of place: what is striking about the manifesto is not its conservatism, but the extent to which it seeks to break out of the pattern of the last three decades. The direction of movement is striking.

Since the early 1990s at least, Labour for the most part swam with the tide of neo-liberalism, ie the aggressive reshaping and offensive of capitalism following the defeats of organised workers by the Thatcher government in the mid-1980s (with strong parallels all over the world). In the 1990s, while oiling the gears with more public spending, the Blair government enthusiastically took these trends a long way further, particularly in terms of privatisation, casualisation of labour and the growth of inequality.

No wonder, then, that public opinion on many issues shifted to the right not under Thatcher or Major but under Blair – and no wonder that post-2007 Labour accepted the Tory accusation its spending was responsible for the financial crisis and endorsed the need for “austerity”, further shifting politics rightwards.

Now Labour is saying that we can tax the rich and capitalists more, that inequality can be cut back, that we can expand the welfare state, not only stop privatisation but increase public ownership, and so on. In short that we can aspire to not only stop the juggernaut of “austerity”, but claw back some of the wealth capitalism makes from workers’ labour and use it to implement a greater degree of social solidarity, social provision and social control.

After many frustrating months of fumbling and hesitation, Corbyn and McDonnell have found their voice, producing a document that maps a very different direction of movement from the neo-liberalism of the last thirty years, in all its variants. Few if any manifestos from large left parties during that period have been in the same league. The Syriza manifesto of 2012 was more radical, but its platform of 2015 when it won was not.

The Tories, much of their press and their understudies in the Labour Party condemn Corbyn’s program, and a manifesto shaped by it, as “radical socialism” because for so many years British ruling class has been used to having almost everything almost entirely its own way. They are outraged by the idea that a significant political force might raise significant objections to the way society is being run and propose a significantly different model – and so they “condemn” what it is saying in wildly over-the-top terms. As when Corbyn was first elected, they sense a possibility, however conditional at present, that the long-lasting blockade on meaningfully left-wing politics will be broken.

Out canvassing, Labour activists who want to are able to make the kind of left-wing, class-based arguments it was much harder to plausibly make pre-Corbyn, with previous manifestos. Such arguments – if they are built on long-term – provide some basis to shift British politics and open up more radical possibilities. The movement in the polls, tentative as it is so far, is a very hopeful sign.

None of this is to say that we should ignore the manifesto’s shortcomings. We should use it as a basis to develop wide discussion of the policies and wider politics the labour movement needs – to enrich, deepen, correct and radicalise Labour’s program in the years ahead, whether that’s under a Corbyn government or in opposition. We have wasted too much time not doing that over the last 18 months.

So, for instance, halting the push for academisation does not answer what should be done about the huge number of schools now outside local authority control. For instance, the biggest council house building program “for at least thirty years” would still leave us with a massive shortage of housing. For instance – and this issue is central and decisive – repealing the Trade Union Act would still leave the vast bulk of the anti-union/anti-strike laws in place (I suspect this omission is the work of the leaders of the big unions, who have no desire to make it easier for workers to strike with less reference to them).

Then there are issues like support for renewal of Trident and membership of NATO, where our progress so far has been negligible and we need to not so much develop the party’s policy as change it.

But again: with this manifesto we have a very good basis to develop things from; and a good basis to argue for radical, pro-working class policies on the doorstep, in workplaces and in the community.

There is plenty of evidence that the policies contained are popular. What is needed is to make them effective by mobilising the party’s mass membership to convince people that the dominant narrative of the last thirty years – that nothing beyond crumbs from the table of the rich is possible – and the last ten – that the majority must accept getting worse and worse off, without even crumbs – is challengeable. We need to convince workers politically ground down to believe that no serious improvement can possibly be realised that all kinds of things are possible – if we educate, organise and fight for them. In other words, we need to refound working-class politics.

There is just one issue on which the manifesto actively goes in the wrong direction, and that is on endorsing the end of freedom of movement from Europe after Brexit. We are left with the paradox of a very positive tone towards migrants and migration, far more than for many decades, and yet the most restrictive immigration policy the party has had for many decades too. As canvassers in many areas will confirm, this is no small issue! My view is that, in so far as we can, we should simply ignore what the party says and argue for free movement. To someone seriously convinced by nationalist anti-migrant arguments, in any case, “Labour is against free movement too” will not be convincing.

After the election, we need that great discussion around policy, about what the labour movement should demand, intertwined with a fight to democratise the Labour Party so that democratically-decided policies (above all, policies agreed by Labour conference) stick. That discussion needs to start among activists out campaigning, now. If Labour wins the election, we need to defend the manifesto, insist it is implemented, fight to ditch the bad bits (particularly on immigration) and improve the best as much is possible, and push the discussion forward.

If Jeremy Corbyn becomes prime minister, the wild denunciation and huge pressure being levelled on the Labour leadership will not come to an end but probably ramp up. We will have to resist huge pressure to retreat. Activists should learn about what happened to Francois Mitterand’s government in France after 1981, or Syriza in Greece in 2015.

If we lose, we also need to defend the manifesto, exposing and fighting the inevitable claims from the Labour right it was too radical.

Whatever the outcome, the fight to defend and develop Labour’s policies from the manifesto is very much bound up with rebuilding the party as a living movement of activists that expresses and struggles for the interests of the working class. Neither will be possible without the other.