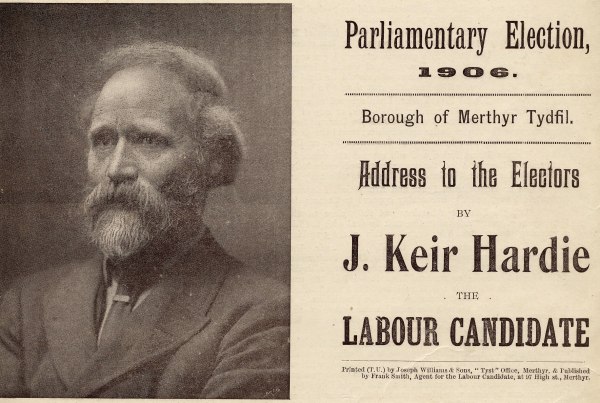 When I was growing up in South Wales, the only faux pas bigger than wishing England luck in the World Cup was voting Tory. However, a recent sharp turn in in the polls suggests that a nation once solidly red might be turning a light shade of blue.

If the various polls come true, the general election will see Labour lose the majority in Wales that it first won in 1922 and has been a bedrock of its electoral support ever since. Many potential Tory gains are set to happen in once safe industrial areas such as Newport, where 10,000 Chartists historically marched and protested. For socialists, it’s imperative to ask why is this happening.

It was once commonplace that the likes of miners and steelworkers might find their way into the labour movement through their trade union or perhaps their local working men’s club. Both institutions traditionally offered either formal political education, or even just space where communities could discuss issues over a pint at the end of a long day. However, as industry has shrunk and the social clubs closed, so have the once almost unbreakable ties with workers and Labour declined in Wales. The consequence is that Wales’younger generations – who tend to be poorly unionised service or public sector work – are much harder to reach and guarantee votes from.

The slowly weakening relationship between post-industrial Wales and the labour movement may have been accelerated by the nation’s vote for Brexit which, in my view, largely derived from levels of poverty. The EU was a proxy through which many Welsh voters raged against the effects of globalisation that have convulsed both social and economic landscapes. Now it is the Tories who seem to be capitalising on these frustrations, despite overseeing the demise of coal which saw many communities decline along with it.

There is hope yet for the Welsh Labour Party, particularly after they defied the pundits in last year’s Senedd elections and kept most of their seats. In the recent local elections the party, despite an overall net loss of seats and councils,still won the most seats by a long way and the Tories came fourth. In my home county of Neath Port Talbot – where Leave won convincingly last June – Labour retained a majority and the Tories took no seats.

On the other hand, there were also some worrying results in areas such as Bridgend, where the Conservative seat count increased ten-fold, and overall the Tories enjoyed the biggest seat increase of any party across the country.

A Tory win in Wales will have far-reaching consequences that will be difficult to reverse, but it is certainly not inevitable.The only way to curb the current tides of reaction is for Labour and the wider movement to rebuild its roots.

Just as the party once had a connection with the miners of Merthyr, it must now find one with the precariat of call-centre and care workers who continue to feel beleaguered by deindustrialisation and consequent poverty and insecurity.