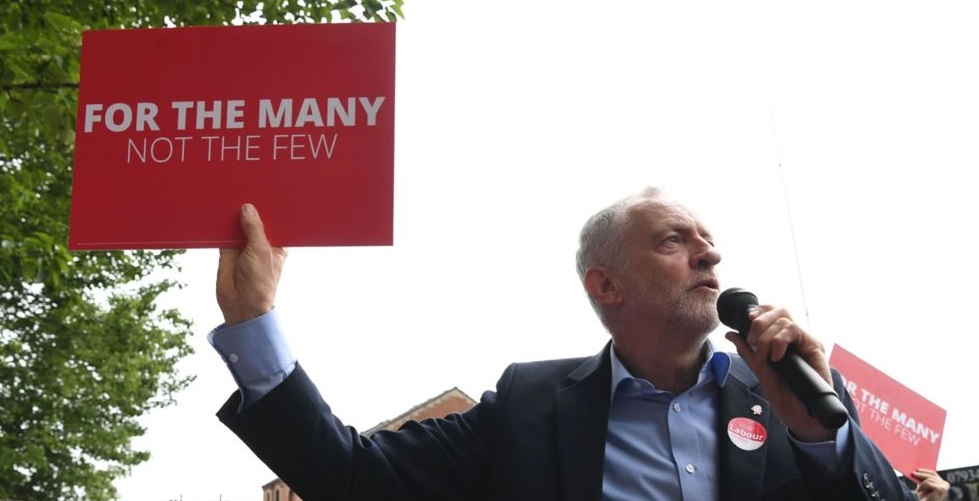 Labour’s manifesto draft was leaked before the final version was published. What’s changed?

This is not a particularly detailed much less exhaustive analysis; it almost certainly misses important things and might well get a few things wrong. Please feel free to email us with additions, challenges or comments! theclarionmag@gmail.com

Stephen Bush has also written a useful analysis for the New Statesman, here.

You can read the draft here here and the final version here.

• Addition of public ownership in water
• Changing consultation (including with business!) on online strike ballots to introducing online and workplace ballots (obviously inadequate in various ways, both in terms of making ballots easier and dispensing with them altogether, but a very significant change)
• Suspension of “right to buy” council houses unless council can show it is replacing like-for-like
• Review of Prevent counter-terrorism program, with reference to impact on minority communities
• Number of new border guards cut by half to 500! (Still bad to increase, but…)
• 3,000 new firefighters
• 3,000 new prison officers has gone!
• Release of papers relating to Cammell Laird shipyard occupation added to commitments on Orgreave inquiry and Shrewsbury 24
• More funding for councils “next year”

• Removal of bit saying councils can build new schools
• Disappearance of figure for building one million new homes, half council or housing association houses, replaced with “biggest council house building programme for at least 30 years”. Which is not a good formulation as by 1987 and even by 1981 council house building had already fallen dramatically, though nowhere near as low as throughout the Blair and Brown governments
• No private prisons has become no new private prisons/privatisations
• Subsidised travel for apprentices has gone
• Committing to NATO
• Legislating to extend abortion rights to Northern Ireland has now become working with the NI Assembly to do so
• Clear statement on renewing Trident
• AND: confirming end of free movement from EU when/if Britain leaves.

On one level, these changes largely balance each other out. Some of the improvements are very substantial (for instance on the ballots for strikes). A number of good things have gone in a way that looks as if someone considered them too radical, eg the figure for council house building can surely not have been forgotten or the change on private prisons… On the other hand, some look as if they could have been lost accidentally, eg the power for councils to establish new schools.

Changes between the two drafts aside, these policies represent major movement in the right direction and can be developed and built on. That, of course, is the “main story” of the manifesto.

Committing clearly to NATO and to renewing Trident is very bad, but these are issues where the left has so far failed to change policy at all – these things are expected and so hardly disappointing and in any case do not have much immediate impact.

The one change which goes far beyond any of that is the endorsement of the cutting off of free movement of people from Europe. Though long trailed, that is a major retreat and moreover one which is, unlike say the issue of NATO, an immediate problem for current politics.

The paradox is that the manifesto, final as well as draft, adopts a very positive tone towards immigration and migrants, very different from recent Labour manifestos and perhaps the most positive since the 1950s – and yet endorses a major attack on migrants’ rights and concession to the nationalist right.

That does not change the fact that this manifesto is a solid basis for campaigning for left-wing, pro-working class policies, but it is a problem we will have to grapple with.