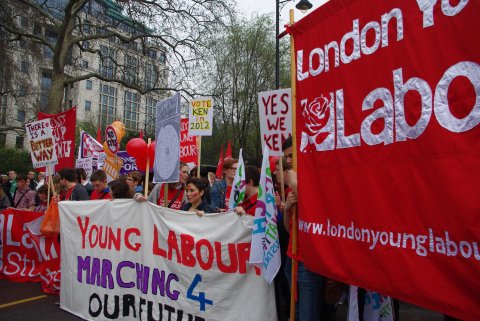 The Labour Party asked members of the Young Labour National Committee for submissions to be considered for the party’s general election manifesto. Clarion supporters Rida Vaquas and Michael Chessum, who sit on the YL NC, submitted the following. Obviously, not all of it has been taken up! But it sets down some important ideas.

We need to put more meat on the bones of the National Education Service proposal, including by campaigning for:

• Restoring the funding lost from Further Education,which has been cut to the bone by the Tories (35pc of adult FE funding lost in 2009-2015, with another 24pc cut announced last year). FE needs to be rebuilt or we cannot undo the damage to the Tories have inflicted on society.

• Ending the gradual but relentless breaking up of state education by abolishing academies and free schools, making all schools community schools under democratic local authority control, as well as reversing cuts to school funding.

Jeremy Corbyn’s leadership campaign raised the possibility of taking the ‘Big Six’ energy companies (British Gas,EDF,E-on, npower, Scottish Power, and SSC) into public ownership.These companies run 92% of energy operations in the UK. Doing so would allow a Labour government to systematically reduce energy costs for households across the country. Moreover it is only through public control of energy that Labour can make a serious endeavour to tackle climate change by phasing out fossil fuel use.We should pledge to nationalise the Big Six.

The Conservative government’s plans for Brexit are premised upon increasing the exploitation of migrant workers through material insecurity and a decrease in their rights. Moreover current immigration policy is designed to benefit the wealthy rather than working-class people. As part of the labour movement,Labour needs to stand in solidarity with all workers, regardless of their origin, and help them organise together.

This means fighting for the continuation of freedom of movement from the EU rather than surrendering to the Tories and UKIP on this. See the policy the Young Labour NC unanimously agreed to submit to party conference last year.

A £10 an hour minimum wage is a great policy, but it is very important for young workers that it is introduced without differential age rates or exemptions. More generally, Labour’s new policies on workers’ rights, such as banning zero hours contracts, need to be made prominent and in a strong form. As part of a push to help organise young workers,we should also include the policy passed unanimously by party conference in 2015 to “introduce a comprehensive package of employment rights compliant with ILO core conventions and European human rights obligations, along with the levelling up of workers’rights across the EU; legislate for strong rights to unionise, win recognition and collective bargaining, strike, picket and take solidarity action”.

And we should make reference to the inspiring examples of workers organising for their rights, including mainly young workers like the Picturehouse cinema workers.