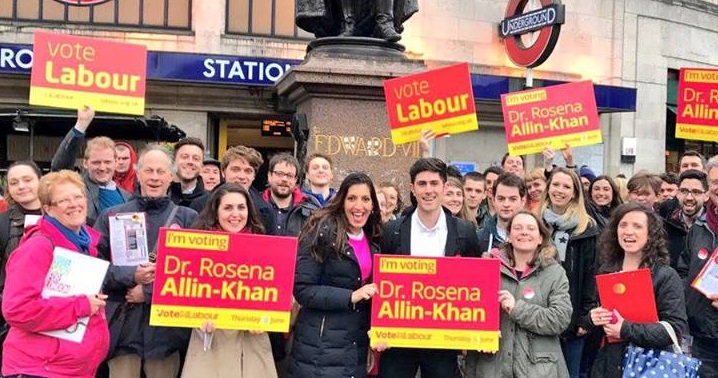 A key task for Labour at this election, therefore, is to rally nonvoting young people to the cause of Labour.

If we want young people to help deliver a Labour government, a concerted political effort is needed by Labour.

It should be remembered that low voter turnout amongst young people does not necessarily signal an anti-political attitude as such. Instead, it is symptomatic of a disengagement from party politics stemming from the sense that parties offer only marginally different versions of the status quo and cannot fundamentally improve society.

Given this, my wager is that Labour will attract non-voting young people only insofar that it promises a rupture with the dominant political coordinates of recent years.

Winning over young people to socialist politics necessitates Labour advancing a bold vision of a transformed society that breaks with the neoliberal orthodoxies of the last few decades. Increasing the minimum wage, abolishing tuition fees and building half a million new council homes all point towards this.

Of course, all of this is empty if we cannot communicate Labour’s programme to young people. Young Labour should play a leading role in this task. However, there are serious questions over whether Young Labour at a national level has the capacity or willingness to do this.

Young Labour has historically lacked the organisational autonomy and political confidence necessary to stake out a distinctive identity. As a result, Young Labour’s election activities are limited.

For example, no attempt has been made to run an independent Young Labour campaign, determine key areas for young Labour members to struggle around or produce literature for distribution.

Given this,the responsibility for engaging young people will, at this election, fall to local Young Labour groups and CLP youth officers. There are a number of important interventions that these entities can make in local election campaigns.

For example, a group of Young Labour activists in Tooting, London, organised a Young Labour election rally for Labour MP Rosena Allin-Khan on 2 May. This event, attended by over forty young people, provided a forum to discuss the best ways to argue for Labour’s programme on the doorstep, amongst friends and in our workplaces or places of education.

More generally, Young Labour activists should function as the critical consciousness of the election campaigns they are involved in. That is, we should guard against attempts to soften the radical edges of the Labour programme. The success of Labour amongst the young is contingent on these elements being highlighted,rather than apologised for. Finally, Young Labour activists should consider engaging in forms of activism that creatively engage young people, including protest actions.

Let us be clear: if we are to win the votes of young people, we require a programme that breaks fundamentally with the past, a campaign that creatively articulates Labour’s vision of the future, and young activists ready to resolutely argue for socialist policies.