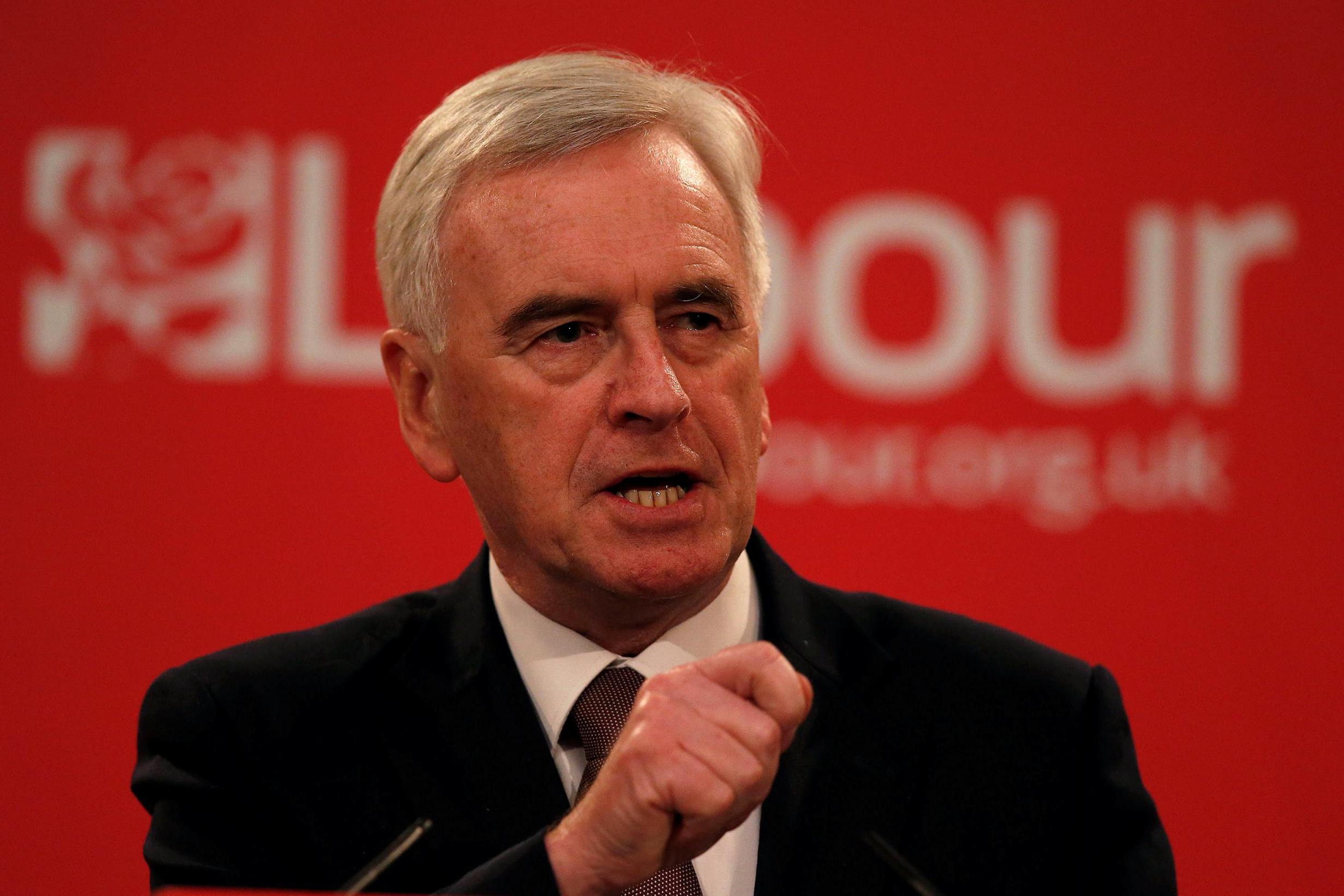 Shadow Chancellor John McDonnell launched his campaign for re-election in his West London constituency of Hayes and Harlington on Saturday 6 May. Here we print an excerpt from his speech.

We know it will be difficult, but it is not impossible to turn the polls around. They won the West Midlands Mayor by spending £1m in one area. What have we got? We have us. We are the many; they are the few. We have 500,000 members and we can present the vision we have for society.

Now we have to weigh up the political responsibilities that lie on our own shoulders and over the next five weeks use every possible opportunity that we can to talk to people, out on the doorstep and having political conversations.

On average 200 families will be in B&Bs on any given night because they are homeless. Many more will be along the canal and outside shops. Families are renting out sheds in gardens. We have abusive landlords on a scale we have never seen before. This is what the Tories have done to us.

The irony of it all is they have sold off most the housing in our area and are now renting them back at vast expense to put homeless families in them. That is not just irrational its scandalous.

Hillingdon Hospital has incredibly hard working staff, under intense pressure but they are operating in a building whose foundations are crumbling as we speak. GPs retiring are not being replaced, people are being turned away from A&E because the waiting lists are too long. We have people with serious conditions who are not being treated. During the Junior Doctors’ dispute, I know some in the Labour Party were anxious about us appearing on picket lines, but I was proud to do so.

Schools are facing the worst budget cuts per capita since the 1970s. Schools are cutting back on classroom assistants and now teachers are going and class sizes are increasing. We [in Hayes and Harlington] have lost two children centres and our youngsters are not getting the services they once did from the earliest years. The money has not kept pace with the number of young people in this area. School governors are resigning because they can’t cope with the pressure. Headteachers are writing to parents to ask for donations just to keep the school running. That’s a scandal.

Public sector workers have had a pay freeze for the last 10 years and even nurses are using foodbanks. Average rents are between £1200-£1600 per week and people who have faced a pay freeze can’t afford it. We will have no health service if the Tories get back. The NHS will be privatised. Homelessness has already rocketed by 54% and this will get worse. That is the prospect in this constituency of the Tories getting back in.

We will tackle tax evasion and tax avoidance from the very rich and corporations. We will put a lock on VAT because its a regressive tax. There will be no increase in National Insurance. 95% of the population will not pay more tax. We will be asking for the rich to shoulder more of the burden to fund the NHS and public services, to ensure a decent wage.

We will stop the school cuts, and invest in early years. Our ambition is to have free childcare. It should become a state service like the nordic model. Education is a gift from one generation to another. It must be free, which is why we will abolish tuition fees.

To solve our housing crisis we will build one million new homes and 500,000 of those will be council houses. We will end the privatisation of the NHS. With a fair taxation system we can pay for an NHS that is fully funded and is linked to social care, not left to collapse.

We will invest in infrastructure; in road, rail, alternative technology, broadband. It is not a new invention — it is simply investing in our economy so we can become a prosperous country, make people richer and make peoples lives richer. We need a real living wage – £10 per hour. We will scrap the Trade Union Act immediately and give people trade union rights from day one of employment.