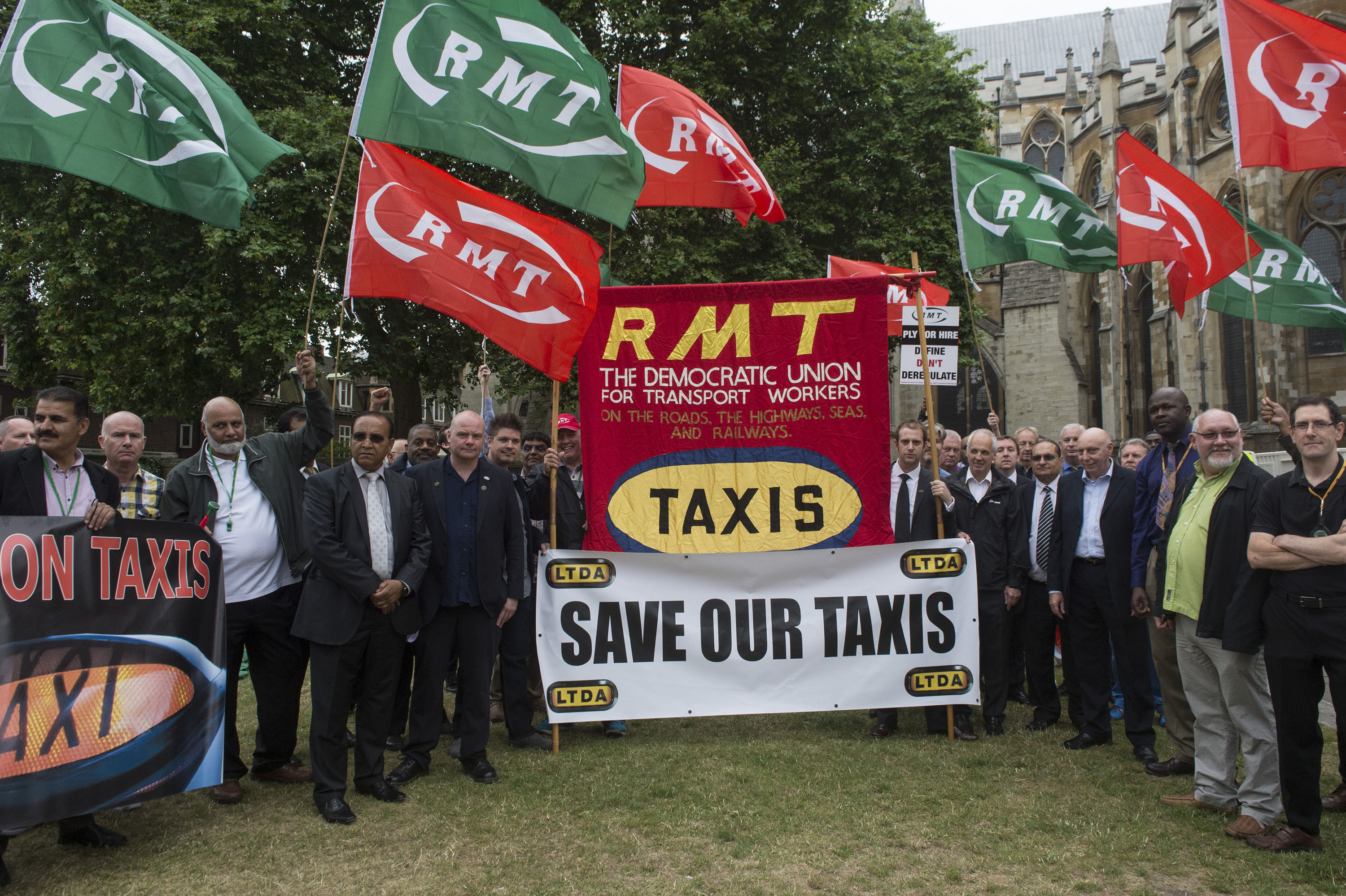 Lewis Norton is the Secretary of the RMT London Taxis branch. He spoke to Clarion in a personal capacity, about his branch’s “Cabbies for Corbyn” initiative.

The aim of “Cabbies for Corbyn” is to build support for a Labour vote, and highlight the deregulatory practises of the Tories towards the taxi trade over the past seven years. Our union, RMT, supports Corbyn, so we’re doing what we can to bolster Labour MPs in London marginals, and attack weak Tories.

We’re starting in Thurrock, where the Tory MP Jackie Doyle-Price has a majority of just 560. Ukip are quite a close third to Labour’s second there. We’ll be campaigning there in May, in the Tilbury, Little Thurrock, and Stifford Clays wards of the constituency. We’re then moving on to Croydon Central, Brentford and Isleworth, and Ealing Central and Acton.

Winning a Labour government would halt the deregulation of the taxi industry, both in London and nationally. In 2014, the Tory-led coalition solicited a report from the Law Commission that explored widespread deregulation. If implemented, it would be the last rites for the industry as we know.

The Tories have obviously also let multinational corporations like Uber get away with incredibly exploitative practises, and a predatory pricing model that has a hugely detrimental impact on our members. As well as greater regulation, we also fully support the efforts of Uber workers, and other “gig economy” workers, to organise and demand secure employment rights. While our branch currently organises licensed taxi drivers only, we do have a good working relationship with other organisations such as the GMB who are organising Uber workers. We were fully supportive of their members when they pursued an Employment Tribunal against Uber, which ruled that Uber workers are entitled to the legal rights of employees, and can’t be treated as self-employed contractors. That was a significant victory.

Corbyn, John McDonnell, Dianne Abbott, and other left-wing Labour MPs have always been supporters of ours. They signed Early Day Motions 142 and 587, which called for greater regulation. Our key policy demand is for a statutory definition of “plying for hire”, which would protect the distinction between taxis and private hire vehicles. A Corbyn-led Labour government would put the brakes on Tory deregulation.

Taxi drivers’ political consciousness is a mixed bag. The deregulation we’ve had under Tory, and Tory-led, governments for seven years, and a Tory mayor in City Hall from 2008-2016, has generated a lot of hostility to the Tories, but taxi drivers don’t always vote on the basis of what’s happening to their industry. Brexit is a big issue, and some will vote on the basis of what they perceive to be the “national interest”, perhaps in spite of what’s happening to them at work. From a trade union perspective, both RMT and Unite, the other union which organises taxi drivers, are solidly backing Labour.

The national taxis workforce is around 150,000, with 25,000 of those in London. Trade union density in the industry is very low. In London, only around 5% of taxi drivers are in unions, split between ourselves and Unite. Around 40-45% are members of various associations, which function as friendly societies rather than any kind of union, the biggest one of these being the Licensed Taxi Drivers’ Association (LTDA). But that leaves 50%, or just over, of drivers who aren’t members of any kind of collective organisation. Elsewhere in the country the picture is a little different; in cities like Birmingham, Preston, and Leicester RMT has a much higher density amongst drivers.

We’ll fight as hard as we can to return a Labour government. Five more years of a Tory government committed to neoliberal deregulation would be a disaster for taxi drivers.