Issue 6 of The Clarion comes back from the printers on Friday 7 April and will be with subscribers by Tuesday 11 April.

Contents include • Go beyond the “10 pledges”, by Sacha Ismail • NPF undermines radical policy • Momentum dayschool: safe and respectable • Notts Momentum purges members, by Theodora Polenta • What should Momentum fight for – statement from Northern region • Getting young people together – interview with Sharifa Rahman • Harrow activists fight cuts, by Rosie Woods • “Durham lions” fight on, by Tracy McGuire • Bring Labour back onto the streets, by Martin Thomas • Expelled for opposing the free market! • Right tries to ban left-wingers, by Laura Ross • Wallasey AGM • Labour says support for RMT is out of order • Wimbledon CLP banned from criticising free school • “Be bold”: interview with Matt Wrack • Labour internationalists, by Simon Hannah • Corbyn and the Putin axis, by Omar Raii • We need a socialist housing program, by Pete Gilman • School cuts are part of a bigger picture, by Jade Baker • Nationalise the Big Six! by an energy worker • Fighting for security at work, by E M Johns • Labour and the self-employed, by Stephen Wood • Solidarity strikes and Labour democracy • Labour must lead the fight to save the NHS – interview with Alex Scott-Samuel • Transforming the world in the age of Brexit – interview with Deborah Hermanns and Holly Cook • Take Back Control of what? by Rida Vaquas • Young Labour gets going, by Daniel Round 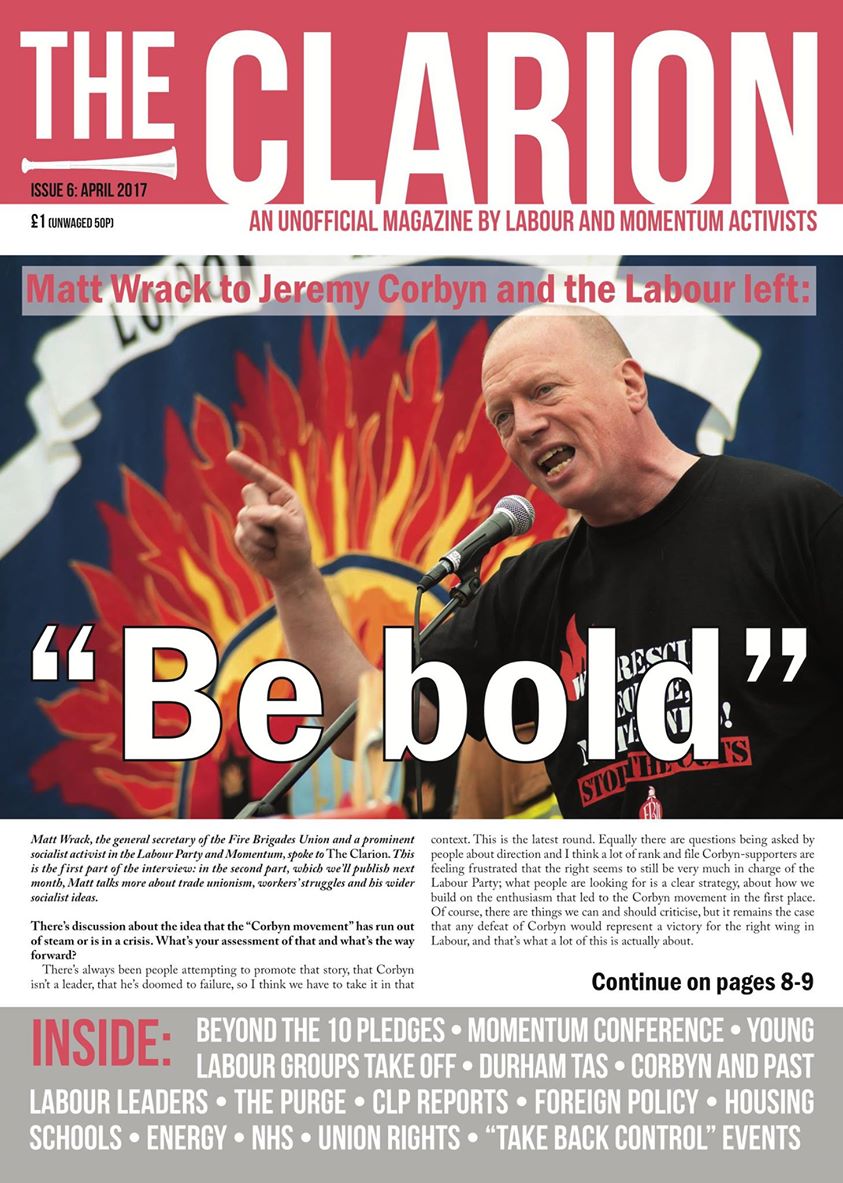