Anastazja Oppenheim, SU Campaigns Officer at University of the Arts London, a Clarion supporter and socialist activist in the Labour Party and Momentum, is running for National Union of Students Vice President Higher Education at NUS conference in Brighton in April.

“I’m running because HE is facing the biggest attack for many years, and we need a national union that leads a radical and effective response. I want an NUS which helps to reinvigorate campus activism, works with labour movement activists and has a clear vision for an education system which is public, democratic, accessible and liberated.

“At last year’s NUS conference I proposed the motion for a boycott of the National Student Survey which is currently going on. I’ve been extremely active in NCAFC [National Campaign Against Fees and Cuts]. On my campus I helped set up the feminist society and the Labour Club, I was part of the successful living wage campaign and our big occupation against bursary cuts. As an SU sabbatical officer I’ve built campaigns that have engaged students and won a number of significant victories.

“I’m running to win, but equally important is shifting the debate and promoting a radical, socialist vision of the education system and society we want, and what kind of union we need to fight for them. NCAFC is a relatively small minority in NUS, but our interventions have been crucial – my candidacy is representative of that. 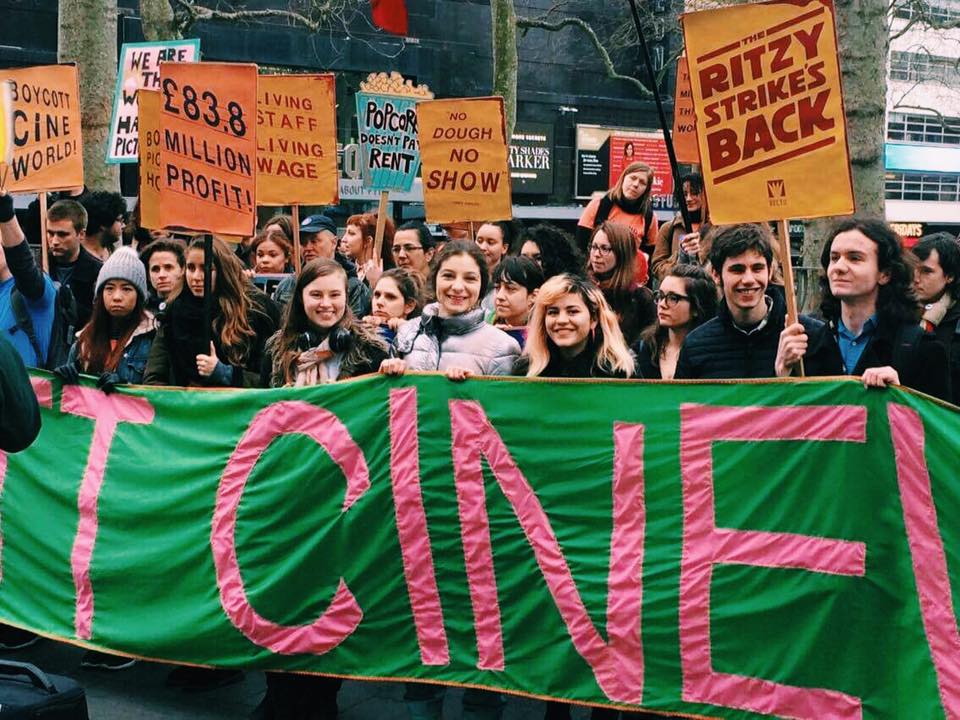 “Too often NUS speaks only to sabbatical officers, fails to support local campaigns and doesn’t carry out the radical policies it agrees. That’s not good enough when the Higher Education Research Bill and its Teaching Excellence Framework are posing a huge threat to education, when we face a student housing crisis, when we’re seeing racist attacks on students including the government’s Prevent agenda. We need a union oriented to helping activists on the ground fight back.

“I’m an active member of Labour Students – I helped set up the Labour Club at UAL. However, Labour Students hasn’t backed my campaign. The Labour Students NC didn’t reply, presumably because the leadership is not sympathetic to the kind of politics and struggles I’ve outlined.

“However, I have been endorsed by John McDonnell, who made a video supporting me when we met at the Picturehouse strike demo recently. I was there with other activists from UAL Labour.

“More generally, there hasn’t been the big spread of Labour Club activism you might have expected under Corbyn. I think a lot of clubs function as social clubs and can be quite difficult to get involved in, particularly if you’re left-wing. Labour Students nationally isn’t very encouraging or supportive of new clubs, particularly if they’re on the left. But some Labour Clubs, like at UAL, have done campaigning and been centres of political discussion, and I hope we’ll see more of that.”