(This was written before the Momentum grassroots conference on 11 March)

In recent times I’ve become a little disillusioned with all that is going on with Momentum nationally. My thoughts have been wondering and I find myself, over and over and over again, asking myself “What are we?” and “What do we do?”. I’m not sure is the only honest answer I can give. Hopefully in writing down my thoughts, and having them ripped to shreds by my comrades (just kidding, but you know what I mean), I may end up getting to an answer I’m happy with. Either way at least I will know.

Some of you will know I’ve been quite vocal about my disagreement with the recent turn of events which is resulting in a new NCG and possibly a second structure (somehow intertwined or not?) however I would like that to stay out of this as we discuss it enough elsewhere. Lets leave that aside for a minute and concentrate on what Momentum is for.

I’m not as lucky as some and seem to live in a Progress hotbed. The Branch and Constituency Labour Parties I am a member of aren’t exactly welcoming to Corbyn supporters, especially if you are a Momentum member. Most of the officers are also Councillors and they seem to not want any help at all outside of door-knocking. They say no when I ask to put on Labour campaign stalls on the National campaign days. I reply along the lines of “Well we are going to have a stall and would you PLEASE email the other Labour members to come along”. They reply along the lines of “We are going to concentrate on door to door canvassing and will spread the message there”. We have the stalls anyway and the public love it and say things like “It’s great to see the Labour Party our campaigning for the NHS”. I offer to help out with many things and nearly always my help is declined. I don’t understand why but I’m told they think I’m after the membership list. It’s not a nice party to be a part of and that’s not good for anyone. Anyway enough about where I’m coming from and back to the question. What is a Momentum for? 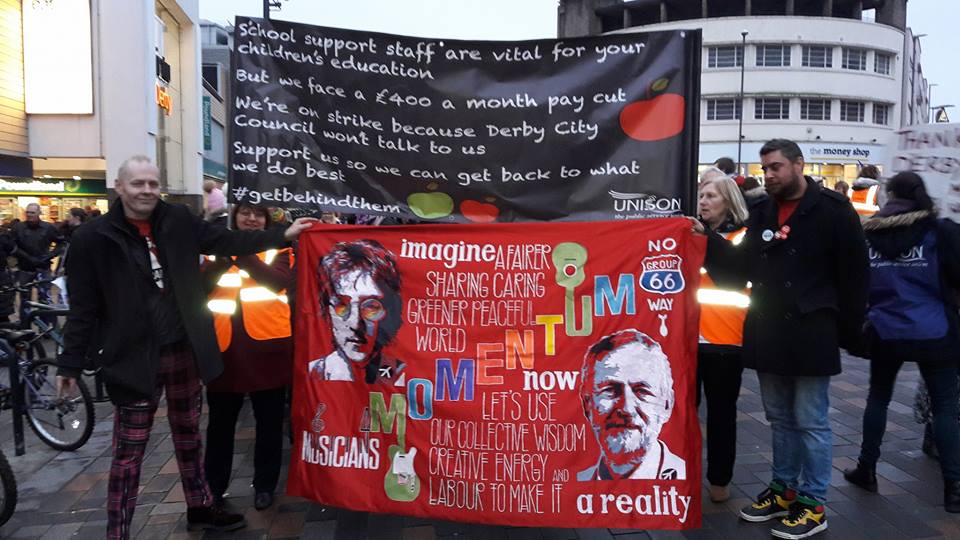 So some of my thoughts:

(Some of my thoughts although similar do conflict!)

Now I’d like your thoughts. So please tell me in your opinion what’s a Momentum?