We have received the following statement put out by Wimbledon Constituency Labour Party. The word that leapt out at us was: astounded.

“We regret to have to inform members that 40,000 leaflets explaining to parents and residents why the Harris proposals for a new secondary school on the cramped Meranton Way industrial site are unacceptable, will not be delivered door to door as planned, and will be binned.

“The leaflets reflect Wimbledon Labour’s policy, debated and agreed at three separate all member meetings, that the proposed school is on the wrong site, and is the wrong size.

“Our policy in effect is being censored by the powers that be. The leaflets were printed at a cost of £1,000, but will not be used, and are destined for the re-cycling tip.

“It would appear that someone, without informing us, contacted the national party asking for the leaflets to be stopped. We have received advice from the Party’s Governance and Legal Unit that the leaflets would be in breach of Labour Party Rules, with the implicit threat that Wimbledon Labour Party would be suspended if we went ahead.

“We are astounded to have received this somewhat draconian advice, not least since the leaflet supports national party policy, which is against Free Schools. Contrary to allegations, it does not comment on, let alone criticise the Labour administration on the council, or any of the Labour councillors who, for their own reasons, support the proposed new school.

“Nevertheless, given the formal advice from the Governance and Legal Unit, the leaflets will not be distributed. They will instead be binned. We are disappointed that behind the scenes manoeuvres of this kind are taking place within the Labour Party in Merton, and that debate is being stifled in this way.” 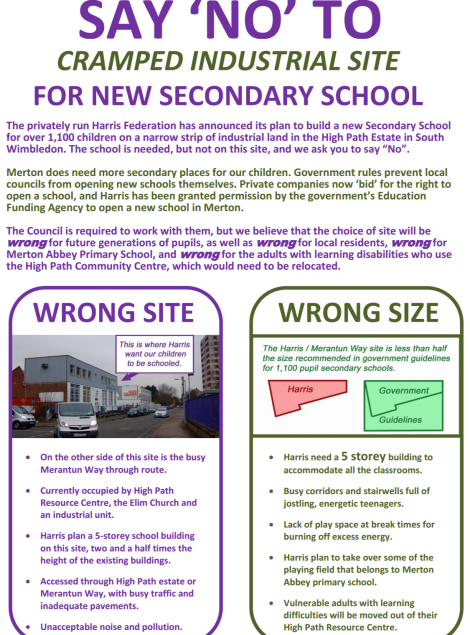 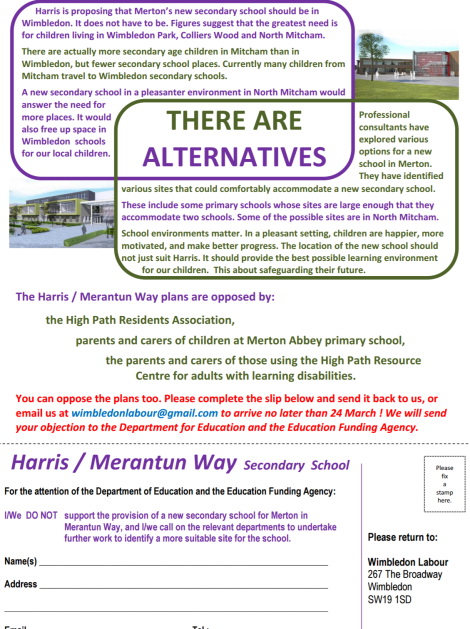 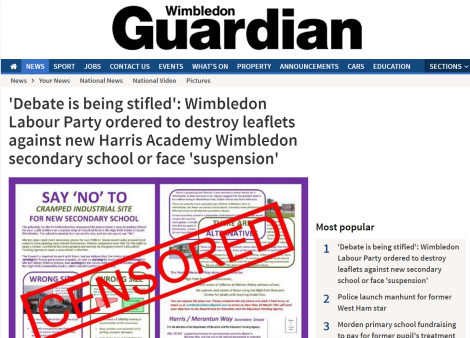 Report in the local press