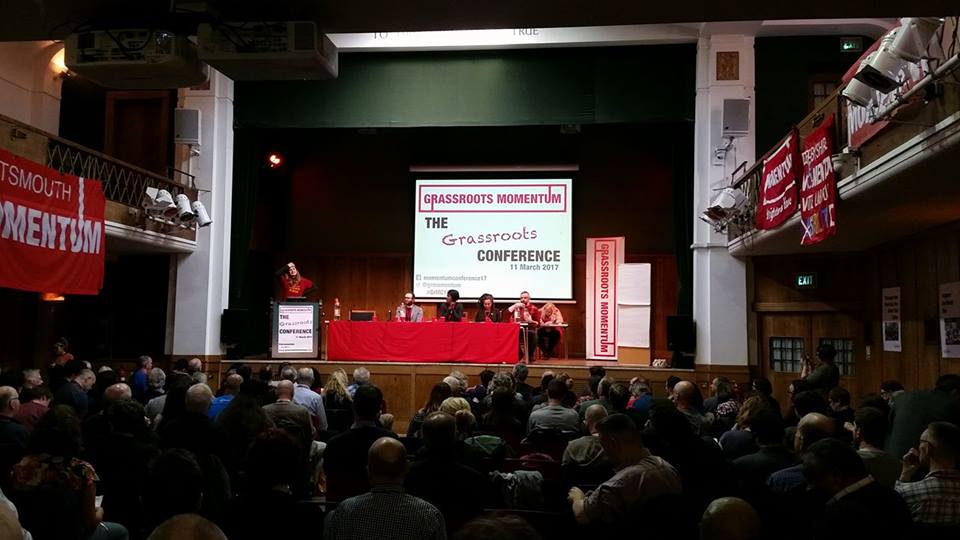 This is a holding report, attempting to stick to basic facts. We’ll publish comment and analysis soon.

• About 200 people attended, of whom 80-90 were delegates from local Momentum groups. This is the largest national gathering of Momentum members so far.

• Early in the day the delegates voted 43-24 to allow all those present to vote.

• The conference agreed a statement of aims and various campaigns including fighting school cuts; campaigning for the NHS and social care; supporting the Derby TAs, Picturehouse workers and others workers’ struggles; and fighting expulsions and suspensions from Labour. An amendment along the lines of “Opposing witch-hunts on the basis of false accusations of anti-semitism” was passed by a large margin. There was debate about how much to emphasise defending migrants’ rights as distinct from workers’ rights in general: this was resolved by moving support for workers’ rights and struggles to the top while maintaining a clear distinct point about migrants’ rights. The conference agreed to attempt to convene a convention of various Labour left organisations in the autumn. We’ll post the text of the statement when we have it.

• The conference rejected 1) not adopting any structure and 2) maintaining a committee based on remnants of the old Steering Committee and Conference Arrangements Committee by large majorities. It rejected a proposal to have a six-strong coordinating committee with specific positions such as chair, treasurer and Labour Party specialist by 89 votes to 83. It then agreed by 88 votes to 68 to elect a 20-strong committee of at least half women. The conference voted to do this by first past the post, rejecting a proposal to do it by single transferrable vote. The proposal agreed also included regional networks continuing as before and regular national meetings with two delegates from each group.

• We ran a Clarion stall, sold about 50 copies of issue 5, got a few subscriptions, set up some interviews and had one request to join our editorial board. 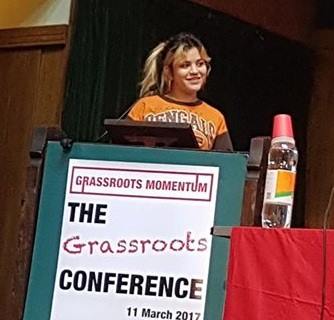