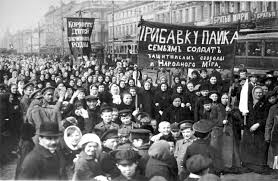 International Women’s Day, now marked annually on March 8th, has become something more of an apolitical celebration rather than a day of struggle. It has become a day where women who are millionaires celebrate how amazing it is that now women too can be millionaires, with perhaps a small, vague mention of things that are left to be done.

The resolution, passed unanimously, read as follows: “That in agreement with the class-conscious political and trade union organizations of the proletariat in their countries, the socialist women of all countries every year arrange a Women’s Day serving the primary purpose of agitation for women’s suffrage. The claim must be elucidated in its interconnections with the whole woman question in accordance with the socialist approach. Women’s Day must have an international character and be painstakingly prepared”.

Women’s Day was therefore conceived as not simply a celebration but a fight: as a means for working-class women to agitate for their own democratic rights and to organise themselves politically as women.

And this is precisely what happened. The first International Women’s Day in 1911 was dedicated to mass demonstrations for the cause of women’s suffrage. In Berlin alone, 41 mass meetings were held, with hundreds more across Germany. Attendances numbered thousands in working class areas such as Moabit and Wedding, and men were asked to leave in order for women to be admitted. The demand for women’s suffrage was forcefully made part of socialist organisation. Hundreds of women would join the SPD on this day. The same day in Poland was marked by women, be they Ukrainian, Jewish or Polish, demanding suffrage “hand in hand as sisters” and, in Lviv, leading women in the socialist movement, such as Helena Landau, delivered speeches. In Russia, where the first International Women’s Day was celebrated in 1913, the socialist Maria Ianchevskaia spoke of the working class women’s movement as a “tributary, flowing into the great river of the proletarian movement and giving it strength”.

Her point was proven four years later in 1917, where it was the action of women workers (that many of their male comrades thought ill-advised), which set off the Russian Revolution. On International Women’s Day in the Russian Calendar, a mass demonstration, organised and led by women textile workers, marched upon the Duma in Petrograd to demand bread. This set off a wave of strike action across Russia, leading to 90,000 workers being on strike. International Women’s Day is a day worthy of a revolution, not just a UN Speech.

The strength and inspiring potential of International Women’s Day lies in the legacy of these women (not only the ones we can name, but the ones whose participation form the large impressive numbers of attendees) and their determination to assert women’s political interests, both against repressive states and against male-dominated party executives.

International Women’s Day is a day of collective struggle, a day in which women across the world pour our might into fighting for ourselves, both as women, and as part of the working class. It’s a history of banners and illegal street demonstrations and making ourselves heard – not a history of celebrating the few women who got a seat at the table which our sisters broke their backs to build.