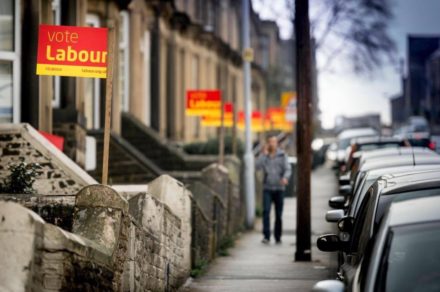 1. While it’s very good Labour won in Stoke, that doesn’t make up for the very bad performance in Copeland
2. The Labour leadership is not doing well, even as measured against the goals of the socialist left (i.e., my goals) e.g. party democratisation, clear arguments for socialism to the public, building of a renewed workers’ movement.
3. Jeremy Corbyn is not a good communicator, and I strongly suspect that his closest advisors are just idiots.
4. The decline in Labour support in places like Stoke and Copeland has been going on for a very long time, including through most of the New Labour years, and cannot by any means be blamed just on Corbynism.
5. Loads of the problems currently faced by the Labour Party would also be faced by a Labour Party lead by the Blairites.
6. Loads of the problems currently faced by the Labour Party would be faced by any kind of left-led Labour Party
7. What is criminal is the way in which the Labour Left, and especially Momentum, has singularly failed to tackled these easily anticipated problems.
8. In the event that Corbyn is deposed, the very least we could have hoped for in the mean time was a rejuvenated, democratic movement on the Labour Left, and a radically democratised Labour Party machine.
9. Momentum has failed to do either of those things, and quite deliberately. Because it put the idiotic conception of a passive, tightly-controlled Corbyn fan club that could be dumbly dragooned into supporting whatever shoddy compromise or doomed piece of adventurism the leadership office wanted ahead of those tasks. Sorting out the shitness of Labour will involve sorting out the shitness of the Labour Left, including Momentum.
10. If you feel disillusioned, dropping out is not an option, or at least not an option I can respect. Politics is about moral duty to your fellow human beings and specifically to the emancipation of your class, not your personal feelings. In the grand scale of things, no one cares about your hurt feelings.
11. If the conclusion you’re drawing from the Labour Left’s current debacle is that you should move towards the ‘moderate’ Labour Right, you have learned nothing. The task of a socialist is to create a better, healthier socialist left, not to abandon the socialist left in favour of a liberal capitalism that you (wrongly) think will be more electorally succesful.

I will continue to back Corbyn for Labour leader, as the leader of the Labour left. But we need to get our act together.

P.S. the equivocation about immigration and European integration is as shameful as it is disappointing.

Just a few weeks ago there was a real expectation that Labour would lose both Stoke and Copeland. It’s taken a lot of hard work by those on the ground, but in one of those by-elections, we’ve walked away with a decisive victory. People will say that Nuttall was a gift, and in many ways he was – but that open goal may not have been scored by a smaller, less grassroots oriented Labour Party (both online and offline). It seems that we are capable of seeing off UKIP, if we work collectively.

Copeland is an altogether different constituency with very specific issues. Nuclear jobs are a factor, but so is a political culture which has become insular, not recently but over many years. So discussions about alternatives have been discouraged to the point that they are taboo. That culture has been fostered by the New Labour hierarchy and the previous MP, Jamie Reed. Perhaps more understandably, it’s been promoted by the major trade unions, who see their sole role as protecting jobs. To shift any of that debate in a few weeks was going to be an almost impossible task, but again, Labour members on the ground did at least manage to get people talking about the NHS, transport and the Tories’ decimation of our public services. I doubt if many cast their votes for the Tory Party with much enthusiasm.

So now, our opponents will focus on Copeland and try to nail Jeremy Corbyn for it. The media aren’t interested in context. Not when they scent blood. The right of the party aren’t interested in understanding the longer term causes of our decline, because for them, this has become a tabloid-like game to bury Jeremy Corbyn, and with him the project of the left in the party.

So we’ll have to remind them where this started. Not with Corbyn, but with a New Labour project that was uninterested in working class communities outside of a south east corner: look at Scotland, look at decreasing majorities across the north; look at the South West even. The fragility of Labour’s base began years ago, when a party lost touch with its own grassroots and the trade unions. New Labour caused a crisis, which we were never going to recover from quickly, because we’ve had a decade of abandoning our people, our heartlands and people don’t forget easily.

On top of that, there has been a targeted and systematic campaign by those Blairite MPs who still hold huge sway in Parliament, and whose only purpose has been to create chaos for the leadership. That has undoubtedly dented our support, because people see a divided party and a leadership unable to control and pacify the PLP. Not everyone understands the machinations or the underlying causes of the chaos, so often they will blame Corbyn. But the reality is, a large chunk of the blame lies with those who still won’t accept that the party has changed.

None of this is to say that we can’t improve, as a project: in terms of communication, organisation and leadership we’re on a massive learning curve. It’s frustrating that we’re not learning quick enough, because that is leaving us vulnerable. We need to be bolder, less frightened and more open to the enormous grassroots that brought us here. That’s difficult when everyone around you is telling you that it’s failing, declining, in crisis. But they – the majority of the media, the right of the party and the political establishment – were always going to say that.

It’s clear that the decline in the Labour vote share preceded Corbyn, but we can’t use that to make light of the fact that a sharp decline happened yesterday. It’s clear that there were internal obstacles, e.g. the selection of a candidate for Copeland who was hardly the most inspiring or memorable on offer, but we can’t play down the fact that the central messaging simply wasn’t convincing or didn’t speak to people’s concerns. Ultimately we are over-reliant on the NHS as a thing to campaign on (and to some extent rightly so), but we need to be able to speak to people about how we’re going to make the economy fairer for them, especially for those working in the private sector. Labour wants a society, at a minimum, in which everyone can pay their rent and their bills without worrying or making significant sacrifices and we want a society where people have a much greater degree of control over their lives and their society than they do now. But we don’t do enough to communicate this, and we don’t communicate this convincingly.

This wasn’t a total defeat (remember a few weeks ago where several commentators were predicting that we’d lose both Copeland and Stoke), and grassroots energy and hard work did help turn it round. We should also resist attempts to pin all the blame on Corbyn which doesn’t acknowledge the deep-rooted problems the Labour Party has in these communities. But let’s not gloss over the extent of the challenge we face, because ultimately it’s only through acknowledging these bitter realities that we can seriously work out ways to overcome them.