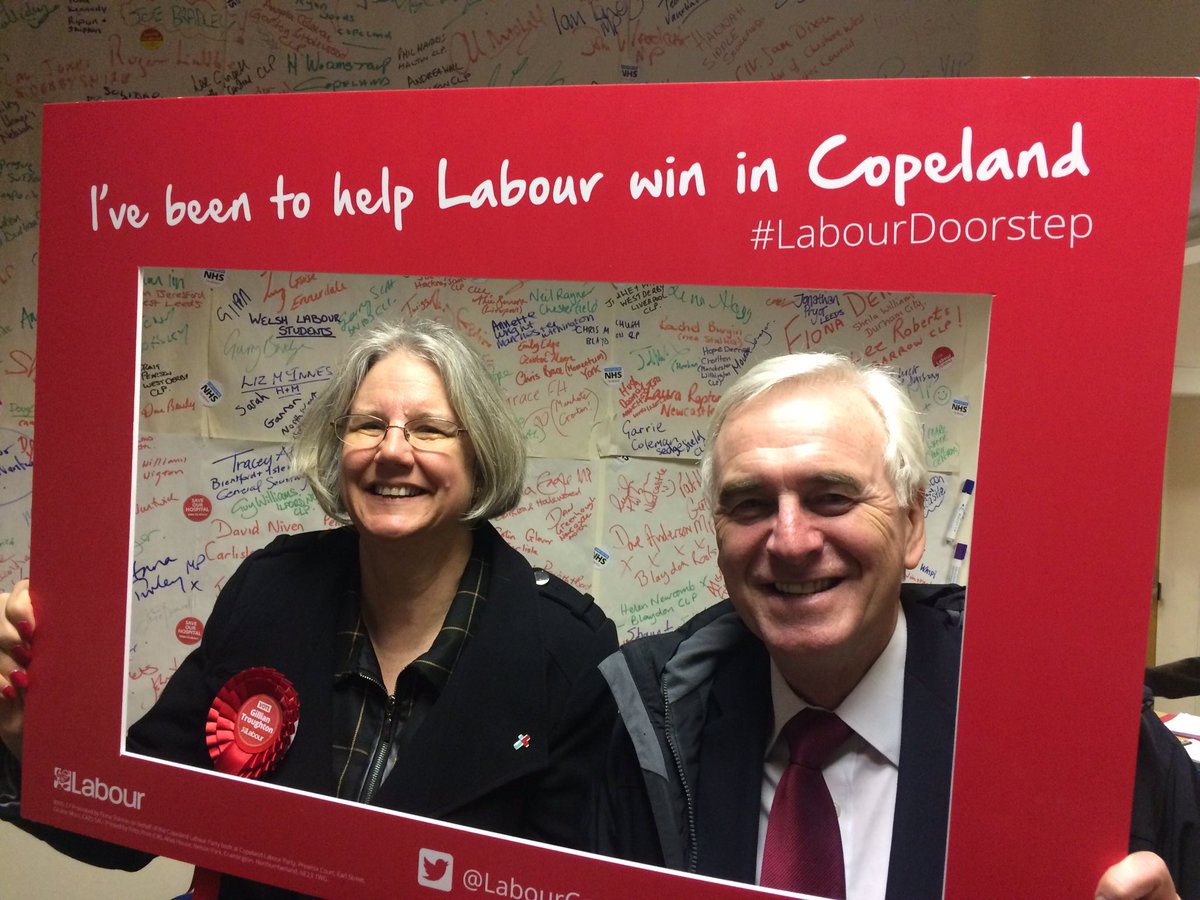 The Clarion has carried several articles about the Copeland by-election, most recently this “Report from the Copeland campaign trail” – we have had a number of activists from Copeland write in with postive comments on our coverage (and one or two corrections!)

We were particularly pleased to hear from Rachel Holliday, the Momentum supporter who came close to be selected as Labour’s candidate (losing 76-89 after members who joined after the start of June were excluded from voting). Rachel wrote:

“I have just read your report on the Copeland campaign trail and I wanted to say thank you… for supporting us in Copeland and again for your lovely feedback from people out there. It means such a lot.”

A London based activist who has been up to campaign in the constituency has sent us a brief report of the experience:

“We based ourselves in Millom, in the South of Copeland. Many residents there considers themselves forgotten – even when comparing themselves to the ‘them up there’ residents of Whitehaven in the North. Hardly surprising that people felt this way when you consider that Copeland has suffered the largest cut in budget of any council in England. On the doorstep we encountered many former Labour voters who were uncertain this time. What was surprising though was how many were ready to reaffirm their allegiance after just a few minutes chat about local issues. Labour’s plans to help communities went down well. It was an incredibly rewarding place to campaign, as it was possible to feel you were making a real difference.

“It certainly gives me hope that anything is possible if the Labour membership can mobilise in future elections.”

We urge all readers to do what they can to support Labour’s election campaign in the next few days!