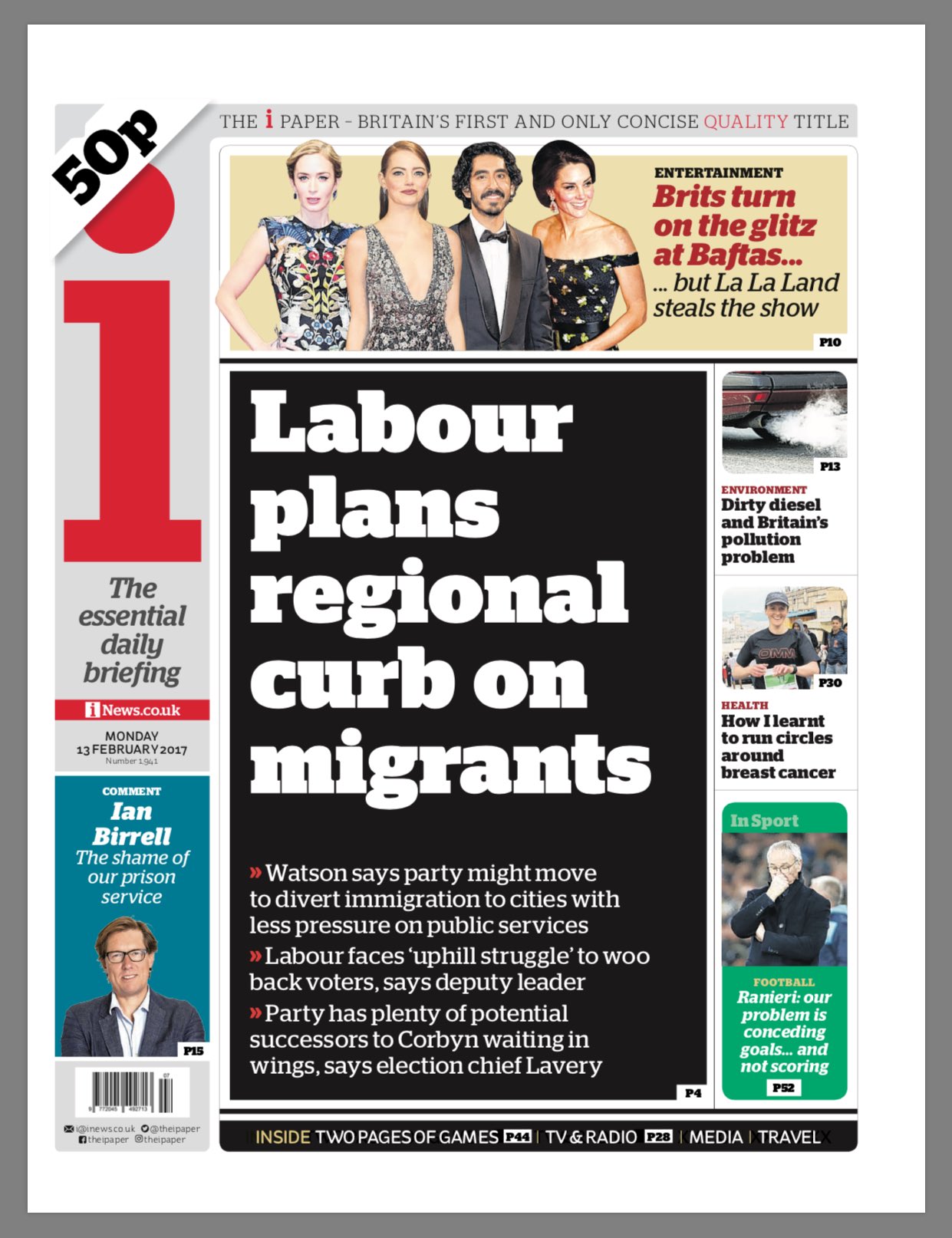 Labour’s Deputy leader Tom Watson has floated the idea of “regionalised” immigration controls in which some areas of the country would have tighter restrictions than others.

1. Watson specifically justifies this by saying “there are parts of the country [de-industrialised areas that voted for Brexit] where immigration may be putting pressure on public services like schools and hospitals” – so his proposals are specifically motivated on endorsing and promoting the false and disastrous idea that immigration is the reason for the crisis in public services, an idea that has done so much to poison politics in Britain.

2. The press has reported this as Labour “planning” regional immigration controls. Watson says this is the “debate that is going on in the Labour party right now”. What is actually going on is yet another complete bypassing of the party’s democratic structures and processes by the Labour right. Note that the only motions submitted to Labour Party conference last year on these issues were in favour of defending and extending migrants’ rights and free movement (eg, see here). And it seems that Watson hopes he can once again foist a policy on Corbyn as well as the members by just declaring it in the press.

3. If meant seriously, regionalised immigration policy would require border controls of some sort inside Britain, or “at least” a massively expanded system of immigration police and a further militarisation of British society, with all the obvious consequences for democracy generally as well as a growth of racism.

The threat of the Labour right taking Labour to the right of the Tories on immigration is real. Labour members and the whole labour movement must push back.