As Luke notes, nuclear power is a controversial issue on the left – we encourage supporters and readers to write responses to this article and further thoughts on the nuclear power issue.

The by-election in Copeland in Cumbria has focused attention on the Labour Party’s attitude to nuclear energy. The Sellafield nuclear reprocessing plant is the largest employer in the constituency and previous Labour MP Jamie Reed has quit politics to work in the nuclear industry.

Over the last thirty years the default position of the left has been to oppose nuclear energy. Recently, however, Corbyn visited the constituency and told Labour members that nuclear power would be part of Britain’s “energy mix” under a Labour government. This statement has caused some controversy on the left. 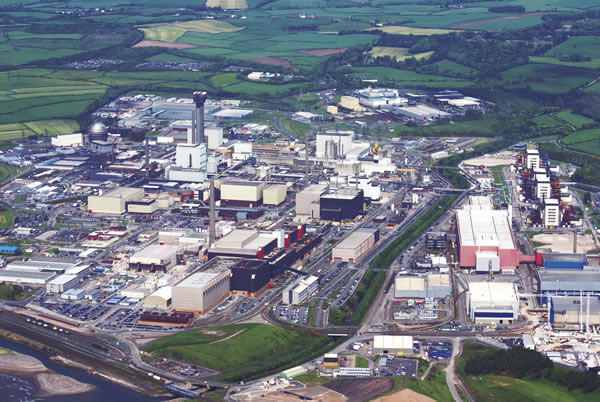 Socialists should deal in facts. To move away from fossil fuels to greener energy and at the same time keep the lights on cannot, in the short term, be achieved just by an expansion of renewables such as wind and solar. Socialists should therefore advocate a new generation of publicly-owned, democratically-controlled safe nuclear energy.

To support moving to a carbon neutral renewable-dominated electricity industry you need a baseline level of of electricity generation that can provide sufficient predictable reserve power to the grid. Power supply needs to be there when the wind doesn’t blow, when the sun doesn’t shine and if there is a drought. Whilst there are some renewable energy forms like hydro and tidal that can provide this baseline they are very geographically specific and require vast numbers of operations to provide the amount of power a nuclear power station can.

Britain has a small and ageing fleet of seven nuclear power stations (with 15 reactors) built between the late 60s and the early 80s. Despite this, during quarter 3 of 2016, nuclear energy provided 25% of electricity generated in the UK. Renewables provided another 25%, and fossil fuels 50%, of which gas was by far the largest. A massive programme of investments in renewable energy would be needed to close this gap. It is currently made up by fossil fuel generation. Renewable energy alone will not be able to provide the shortfall without at least keeping the nuclear plants open. But to provide energy security into the next decades we need to replace and expand these ageing plants.

There are four main objections to nuclear power from the left.

The first is that the amount, and enduring radioactivity, of the waste produced. These are serious issues. However third and fourth generation reactors dramatically cut down the amount and level of radioactivity of the waste. Safe handling of waste by responsible publicly-owned bodies can and does minimise this issue. In the future fusion energy maybe be developed with research and public investment that profit making companies will not provide. Fusion power could eliminate waste entirely.

The second issue is safety. While many opponents of nuclear do recognise that nuclear in western Europe has a very good safety record compared to all other technologies, the point is made that when things do go wrong they have very dangerous consequences. Properly-regulated generation and modern safeguards can and will deal with the problems of the past. The reactors at Fukushima for instance were made using an ageing design; warnings had already been raised. Faults in training and avoidable human error helped cause the relatively minor incident at Three Mile Island. The Chernobyl disaster was a result of the neglect and negligence of the rotten bureaucracy of the Stalinist state in its dying days. Public ownership, workers’ control and democratic administration could have stopped all of these incidents. There is always some potential risk but pollution and global warming is a key threat; safe regulated nuclear energy is an indispensible part of the answer to this.

The third objection has been cost. While initial outlay on nuclear energy plants is expensive, once up and running plants are one of the most efficient non-fossil-fuel based ways of producing large amounts of power. The estimated unit cost of nuclear is cheaper then solar, tidal and offshore wind generation. The Hinckley Point deal that the Tory government has greed with EDF, to build a new nuclear plant is a terrible deal for users of power due to the high guaranteed strike price. However this deal tells us more about the issues with privatised energy then nuclear energy per se. A publicly-owned and funded nuclear sector would eliminate such rotten deals.

Labour and the left should be fighting for the common ownership of the energy sector. New safe nuclear generation has to be a key part of any working-class plan for keeping the lights on and stemming human-made climate change.