We the undersigned members of the Momentum Youth and Students (MYS) committee express our collective disagreement with the statement published on the MYS page with regards to the imposition of a new constitution on Momentum by Jon Lansman and a slim majority of the Steering Committee. We also note with irony that the current Momentum Youth and Students committee effectively does not have any official authority to release such statements because according to the new constitution it effectively no longer exists.

We believe the new constitution runs contrary to the very best democratic traditions in the labour movement. Far from ‘empowering members’, the sole democratic body in the constitution, the National Coordinating Group, only has 12 out of 30 seats on it directly elected by members. They are outnumbered by the seats given to affiliates (including Jon Lansman’s blog), trade unions and Labour elected representatives. Ostensibly introduced to prevent Momentum repicating the structures of a “political party”, the new constitution effectively mimics the Labour Party NEC.

In order to make any proposal to the National Co-ordinating Group, a member has to get the support of at least 1000 members, which is a difficult task for grassroots members with limited national contacts or access to large email lists. A toothless Members’ Council will comprise 50 people selected by random lots but “shall not be required to make decisions on the operation of the constitution or administration of the organisation.” Make no mistake, members of Momentum under the new constitution have less of a voice than they did in the existing structures. It disempowers the grassroots membership and fortifies a totally unaccountable central organ. 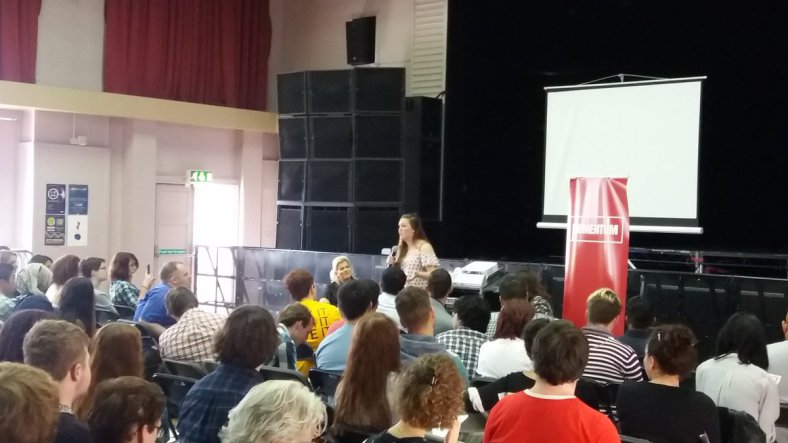 Disgracefully, in a move to silence prominent critics of the new structures, the new constitution bars Labour Party members who have been unfairly expelled from the party by the Compliance Unit from being members of Momentum. This has the implication of indirectly handing over control of Momentum’s membership criteria to Iain McNicol, expressly contradicting Momentum’s voted-on policy to fight the witch-hunt of socialists.

We believe that the process by which the new constitution has come into force is not a result of a legitimate debate within existing democratic structures. As a sub-committee of the National Committee, whose mandate had run out in July 2016, the Steering Committee does not have the power to make constitutional decisions about Momentum, and did so solely to head-off the planned and more representative Momentum national conference in February.

The online survey that is cited to support the actions of the Steering Committee was fundamentally misleading, and backed up by the sort of resources, mass emails, all-member text messages and support from leading Labour figures that Momentum’s outward facing campaigns, such as on the NHS, could only dream of.

Nowhere in the survey was any respondent asked about the specific structural proposals set out in the constitution. We also note that a consultative survey is not the same as a vote, is not in any way democratically binding and was not presented as a way of making constitutional decisions. It is far from clear if the respondents to the survey are more representative of Momentum members than the members who go to meetings, after all only 40% of the membership responded to the survey, and the evidence from the survey is that 40% of Momentum members go to meetings.

We believe that Momentum, in order to be successful, has to be based in local groups with the power (and the data) to organise themselves as part of a socialist organisation on a national platform where decisions are made democratically and openly. We do not believe it is up to the owner of Momentum to effectively dissolve all existing structures through an email vote wrapped up within an hour. Democracy cannot be passive assent, it has to be deliberative, done through serious debate and discussion that takes place across the country. We maintain our support for the National Committee meeting called on 28th January, and believe that the National Committee remains the sovereign decision-making body in Momentum and Conference must be organised according to its decisions.

Momentum continues to be one of the most potentially transformative forces within the Labour movement. That is why we must continue to assert ourselves as grassroots members organising in branches across the country to change the Labour Party. The Steering Committee’s recent actions are an act of sabotage against what we can achieve as an organisation.